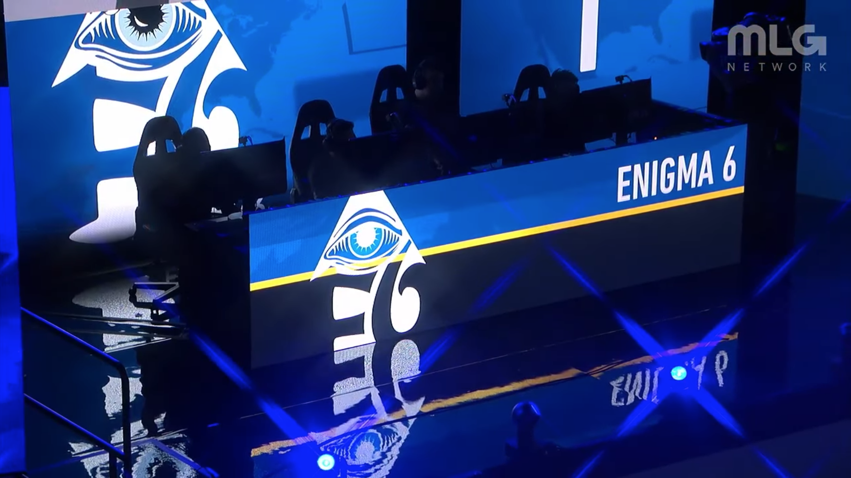 Enigma6 are no strangers to the grand finals of the Call of Duty World League Pro League Challenge—but tonight, they finally took home a title in the sixth installment of this online tournament series.

Like most CWL Pro League Challenges, the amateur teams made a splash by causing a handful of upsets. And Luminosity—Josiah “Slacked” Berry, Jordan “JKap” Kaplan, Johnathan “John” Perez, and Matthew “FormaL” Piper—were the only pro league squad to make it into the semifinals of this online tournament.

Enigma6 began Monday’s action with a dominant sweep of Lightning Pandas. Luminosity then beat Ghost Gaming, who won the most recent NA CWL 2,000 series tournament on Saturday, 3-2 to set up their showdown with E6 in the grand finals.

Luminosity opened the grand finals with an impressive 250-238 win on Sainte Marie du Mont Hardpoint—John went 40/24 to lead the comeback effort for his team. Enigma6 responded with a strong 6-1 victory on London Docks Search and Destroy, and then they crushed Luminosity 4-0 on Flak Tower Capture the Flag to take a 2-1 series lead.

With all momentum on their side, Enigma6 handled Luminosity 250-140 on Gibraltar Hardpoint to win this week’s CWL Pro League Challenge—just like John in the first Hardpoint, aBeZy dropped 40 kills to lead E6 to the title.

Enigma6 will now turn their attention toward the CWL Anaheim Open, which begins on June 15. Luminosity, on the other hand, will be back in action tomorrow, June 5 when Stage Two of the CWL Pro League resumes—Tuesday’s gameplay starts at 1pm CT, and Luminosity’s first match of the new week will be against Mindfreak at 4pm CT.