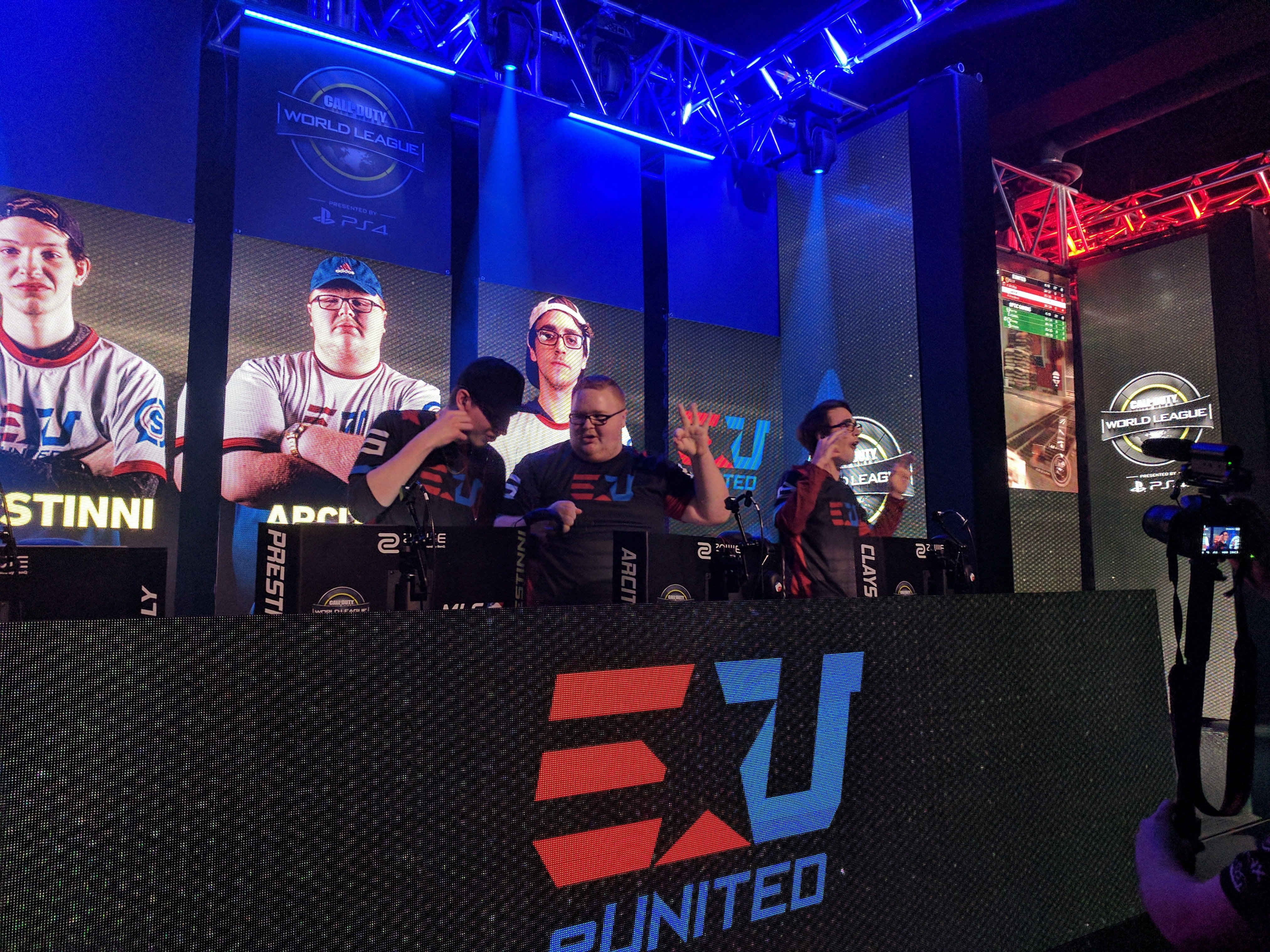 Call of Duty fans were treated to a ton of upsets and insane matches on Saturday at the CoD World League Global Pro League Stage Two Playoffs.

Friday produced a lot of dominant performances, but Saturday was full of intense series that went down to the wire.

Related: OpTic and Luminosity run through the first day of the CWL Stage Two Playoffs

The day started with FaZe Clan eliminating Splyce from the playoffs with an impressive 3-1 victory. Splyce could only win the Search and Destroy, as FaZe dominated the respawn game modes—including an 18-2 stomping on Throwback Uplink.

But as one European team was eliminated, another prevailed, with Fnatic upsetting Engima6 in the other opening losers bracket match. Fnatic won the first two maps in this series, but E6 responded with an impressive showing on Throwback Uplink. The Europeans, however, won the following Hardpoint to send E6 home with a top eight placing.

The most impressive victory of the day came in the first winners bracket showdown on Saturday when James “Clayster” Eubanks and eUnited swept OpTic Gaming. Clayster and crew won Throwback Hardpoint 250-239, Crusher Search and Destroy 6-5, and Throwback Uplink 8-4 to send the Green Wall down to the losers bracket.

But OpTic bounced back in the losers bracket with a close 3-2 win against FaZe Clan. The Green Wall took Breakout Hardpoint 250-232 and Retaliation Search and Destroy 6-3 to open the series with a quick 2-0 lead.

But FaZe surged back, winning Precinct Uplink 4-2 and Retaliation Hardpoint 250-239 to force a game five on Throwback Search and Destroy. OpTic prevented the reverse sweep, however, with a 6-3 victory on Throwback, eliminating FaZe from the Stage Two Playoffs.

In the other winners bracket showdown, Team EnVyUs stunned Luminosity to send the CWL Anaheim Open champions down to the losers bracket. Similar to the OpTic vs. FaZe series, the boys in blue earned a quick 2-0 lead, but Luminosity stormed back to force a game five. EnVyUs, however, prevented the reverse sweep with their second Search and Destroy win of the series, taking Retaliation Search and Destroy 6-3.

But just like OpTic, Luminosity responded in the losers bracket with an impressive sweep of Fnatic. The Europeans were eliminated from the playoffs as Luminosity won Breakout Hardpoint 250-106, Retaliation Search and Destroy 6-5, and Precinct Uplink 8-4.

After that last match on Saturday night, the final four teams in the Stage Two Playoffs are set. OpTic will face off against Luminosity in the losers bracket semifinals, while EnVyUs will take on eUnited in the winners bracket finals.

Only one team can walk away with the first-place prize of $212,500, and Sunday’s action will kick off with OpTic vs. Luminosity at 1pm ET.