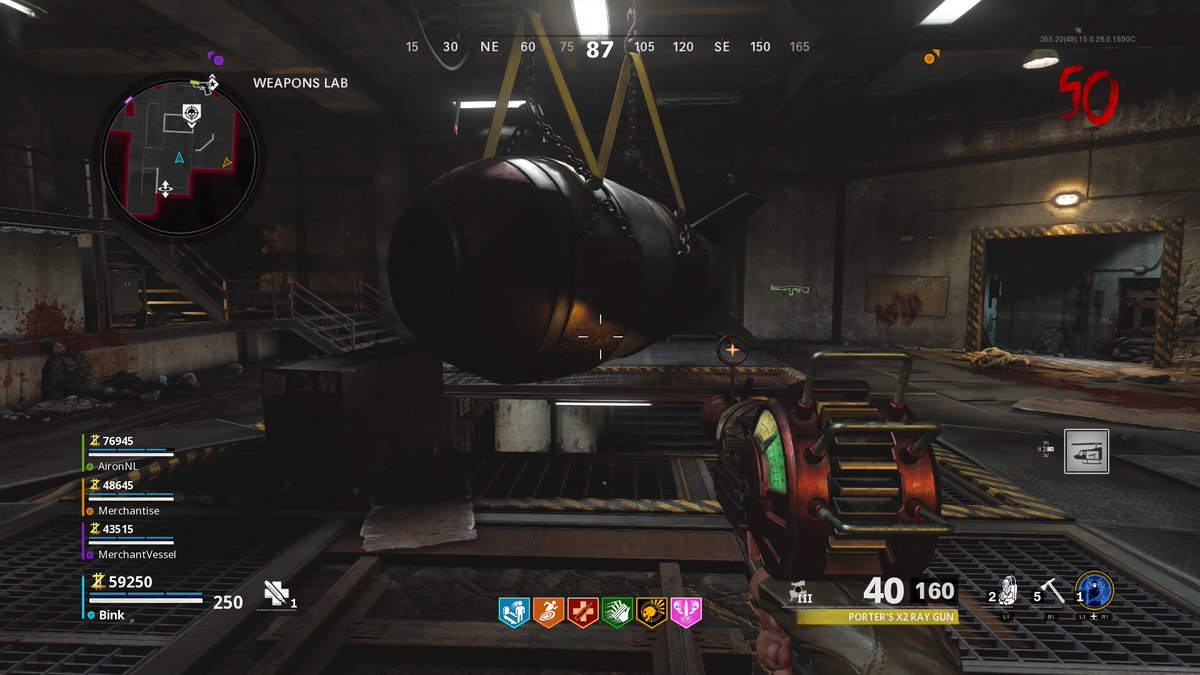 The latest installment in the Call of Duty franchise, Black Ops Cold War, was released earlier this month. And just like previous Treyarch titles, this game features the popular Zombies mode.

At launch, Black Ops Cold War only has one Zombies map called Die Maschine. Longtime Call of Duty Zombies fans will recognize the main building near the starting area as a reimagining of the mode’s original map, Nacht der Untoten.

Although Die Maschine is the only Zombies map available in Black Ops Cold War right now, it still offers a great experience and plenty of replayability. It’s also one of the easier maps in recent memory for experienced Zombies players. Several streamers and content creators have reached over round 200 in single games, a previously unthinkable round to hit in most Zombies maps.

But there’s plenty of thought and strategy that goes into trying to make it to the high rounds on Die Maschine. Here are some basic tips and tricks to help you fight through hordes of the undead and survive Die Maschine.

One of the fundamental tasks you need to complete on most Zombies maps is turning on the power. On Die Maschine, you do this by simply using your in-game points to unlock areas of the map until you’re in the Particle Accelerator.

Once you interact with the big red button in the Main Power room, you’ll just need to complete a few more steps to unlock the Pack-a-Punch machine on Die Maschine. The Pack-a-Punch is an important feature in Zombies that allows you to upgrade your weapons and make them more powerful, which is essential in the later rounds.

To unlock the Pack-a-Punch on this map, there are two terminals that you need to interact with after turning on the power. Once you interact with both of them, an Anomaly will spawn in the middle of the Particle Accelerator room. Walk up to the portal and interact with it to be transported to the Dark Aether.

Once you’re in the Dark Aether, find the indicator on your map for an Aether Tunnel and head to that area—it should either be in the Crash Site or Pond. Enter that tunnel and you’ll be taken to a previously locked room in either the Medical Bay or Weapons Lab (depending on which tunnel you get in that specific game). Pick up the machine part in that room, take it to where the Anomaly spawned, and interact with the transparent version of the Pack-a-Punch machine. This will teleport you out of the Dark Aether and unlock the Pack-a-Punch for the rest of your game.

On Die Maschine, you can upgrade a weapon three times at the Pack-a-Punch machine. Each upgrade costs 5,000, 15,000, and 30,000 in-game points, respectively. It’ll take a while for you to build up enough points to afford this, but once you upgrade a weapon three times, it’ll be an effective zombie-slaying tool for many rounds. If you’re going for high-round gameplay, upgrading your weapons is essential to your survival.

Even after you unlock the Pack-a-Punch, some weapons are just simply stronger than others in Zombies. That’s where the wonder weapons come into play.

To get a free D.I.E. Shockwave, you first need to kill a Megaton zombie and pick up the keycard its second split version drops once it’s eliminated. Then, take the keycard to the Weapons Lab where you’ll put it into the Weapons Locker and receive a D.I.E. Remote Control in return.

Once you have the remote control, head to the Living Room (in the original Nacht der Untoten building) and activate it near a metal door when you have a group of zombies following you. This will turn on a trap that will suck up the zombies’ souls. Once enough souls have been collected, you can discharge the trap, which will burst open the metal door and reveal a skeleton holding the free D.I.E. Shockwave for you to pick up.

The basic wonder weapon is good, but there are also four elemental upgrades for the D.I.E. Shockwave that require additional steps to unlock. We prefer to use the D.I.E. Electrobolt version, but test out all four upgrades to see which one you like the most.

Just like the D.I.E. Shockwave, you can get the Ray Gun from the Mystery Box. It’s rare, though, unless you’re extremely lucky. You can also give yourself a chance to get a free Ray Gun by doing the coffin dance Easter egg. Although you aren’t guaranteed to get a Ray Gun through this Easter egg, it’s simple and definitely worth your time.

Once you’ve unlocked the Pack-a-Punch machine, all you have to do is shoot five blue orbs hidden around the Particle Accelerator area of the map. This will automatically teleport you to the Dark Aether, where you’ll find a group of zombies recreating the dancing pallbearers meme. These zombies will eventually drop a crate that you can interact with once you return from the Dark Aether after the routine comes to an end.

When you interact with this crate, it’ll drop a plethora of rewards, including Salvage, High-Grade Salvage, equipment, and a free perk (often Juggernog). You’ll also have the chance to receive a free ultra weapon, such as the Ray Gun or D.I.E. Shockwave. Although you aren’t guaranteed to get a Ray Gun through this method, it’s an easy Easter egg that’s worth doing in each game on Die Maschine to have a shot at getting the best gun in the game for free. Otherwise, you’ll just have to spend a ton of points on the Mystery Box trying to get the Ray Gun.

The Ray Gun and D.I.E. Shockwave are the strongest weapons on Die Maschine, so you should try to get them in each game you play if you want to make it to the late rounds.

In Call of Duty Zombies, training refers to the practice of running in a circle multiple times without shooting to allow all of the zombies to spawn in. Once they stop spawning, you then start shooting into the big group of zombies that’s following you. This is an effective strategy that’s used, especially in the later rounds, to conserve ammo and more easily take out multiple zombies at a time.

One of the reasons why Die Maschine is an easier map is because there are plenty of different areas where you can train zombies. Some of the most popular spots include the Yard (where you spawn), the Crash Site, and the Pond. Once you play a few times, you’ll start to get a feel for where the zombies spawn in each area, which should make it easier for you to safely train hordes of the undead.

One of the most popular high-round strategies on Die Maschine, though, involves taking advantage of the Penthouse area on top of the Nacht der Untoten building. If you have a Ray Gun and the tier three Ring of Fire field upgrade, you can quickly run through waves of zombies even in the later rounds. Just make sure not to unlock the barrier behind you in the Penthouse area, however, because this will ruin the effectiveness of this strategy.

Whether you’re a longtime Zombies fan or a complete noob, Die Maschine is a fun map. It’s easy enough for new players to get accustomed to the mechanics of Call of Duty Zombies, while also providing a challenge for veterans to see how far they can make it. If you haven’t tried out Black Ops Cold War’s first Zombies map yet, we strongly recommend giving it a shot.