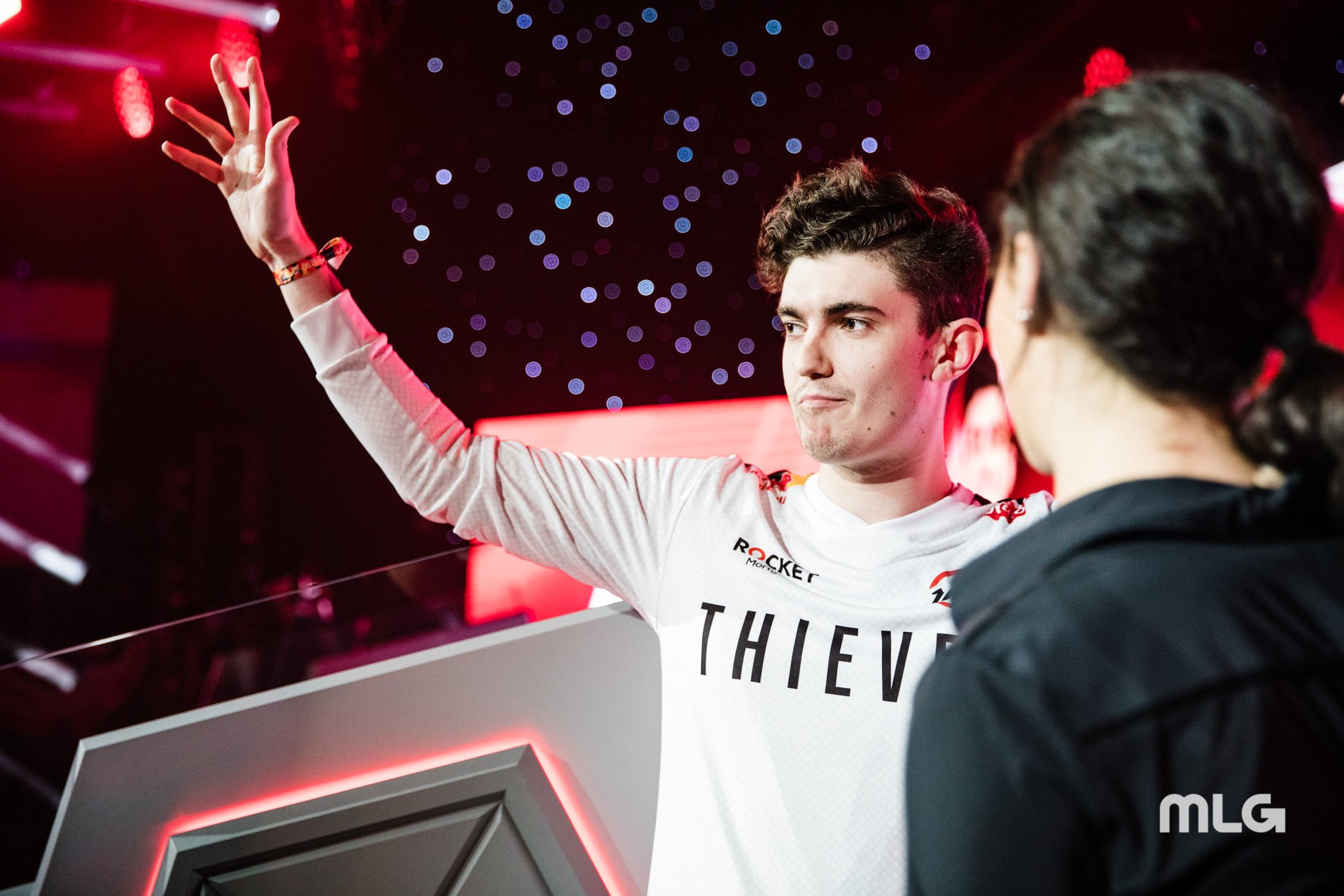 Heading into the grand finals, 100 Thieves had already played Gen.G twice this weekend at CWL Anaheim—and they had a 6-1 map count against them.

After beating Gen.G in the winners bracket finals, 100 Thieves picked up right where they left off by winning map one, Hacienda Hardpoint, 250-177. Priestahh and crew continued their strong play in map two, taking Arsenal Search and Destroy 6-3 to go up 2-0 in the series.

With their backs against the wall, Gen.G won Frequency Control 3-1 to stay alive in the grand finals. But 100 Thieves’ Hardpoint gameplay was just too strong for Gen.G. They took map four Frequency 250-201 to win the series 3-1 and secure back-to-back titles.

SlasheR was named the ASTRO Gaming MVP for CWL Anaheim and 100 Thieves earned $125,000 for their first-place finish.

Matthew “Nadeshot” Haag had an incredible reaction to 100 Thieves’ first championship last month—and he spent $20,000 on Louis Vuitton bags for the players to celebrate the title. Now, most Call of Duty fans are probably asking one question: What will Nadeshot buy his players to commemorate this championship?