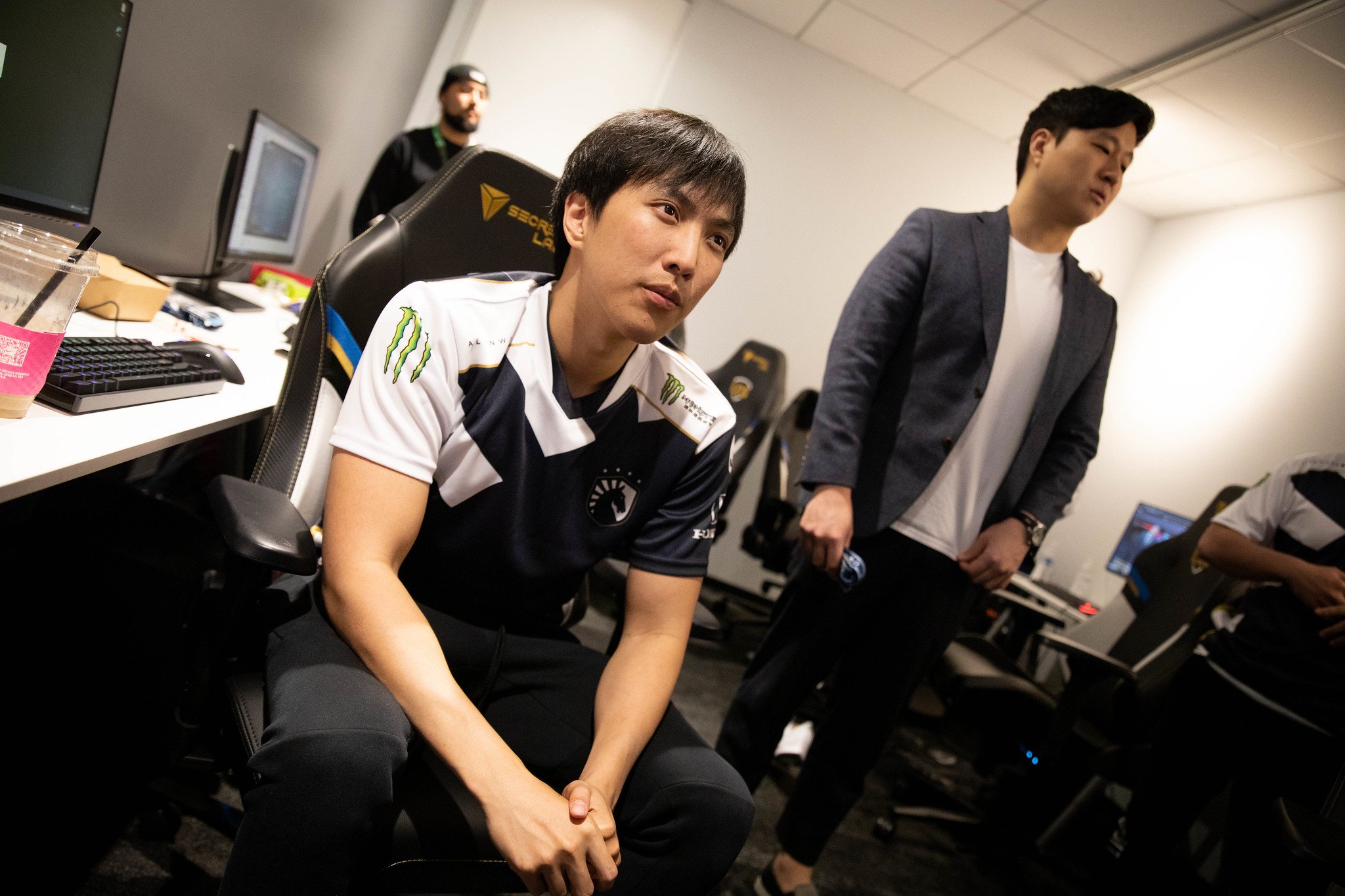 Over the past year, multiple esports teams have added longtime players as part-owners of their organization. Faker, a longtime superstar of Korean League of Legends team T1, recently extended his contract and became a part-owner of the organization.

North American superstar Bjergsen also became a part-owner of TSM after spending over seven years with the team as its starting mid laner. These decisions were both made based on their dedication to the team, as well as their expertise of the game. It also felt right that these players would end up as an owner of a team that they’ve given so much for.

As a result, one can only imagine what other League players could be best suited as a part-owner of a team. Making the jump from the stage to behind-the-scenes can be difficult, but sometimes it’s just a natural progression for some of the most committed people in the esports community. Here are five players who could be great part-owners if they ever got a chance to do so.

Although Doublelift hasn’t been on Team Liquid for very long, he’s become the most successful and most popular North American League player of all time.

For people who don’t realize how dominant he’s been, the 26-year-old veteran has won seven LCS championships in his career. In fact, he’s won the LCS five times in a row, spanning from the 2017 Summer Split to now. Doublelift is known around the world, and even though he hasn’t found much international success, there’s no denying his influence on the North American League scene.

As a result, it would only feel right if Doublelift continued to lead a team to success after he decides to hang up the keyboard and mouse. His knowledge of the game would be invaluable to an ownership team and could provide insight that other, non-pro owners couldn’t give otherwise.

Perkz might have several superstar teammates on G2 Esports, but he’ll always be known as the face of the franchise. He joined the team in 2015 and hasn’t looked back since. His dedication to this organization has been seen throughout the years and it’s recently paid off in spades.

Over the past year, G2 has turned into one of the best teams in the world. G2 dominated the LEC, won MSI 2019, and reached the World Championship finals for the first time. His passion for the game and his team has sparked a new European revolution. As a result, he could help G2 stay on top beyond his retirement as a part-owner.

Even G2’s founder and CEO, Carlos “ocelote” Rodríguez Santiago, thinks that he could become a successful executive. He also said that if Perkz is ready to learn, grow, and take criticism “1,000 to one billion times over the course of a few years,” he could become great.

Becoming a part of the G2 ownership team could also solidify his status as a European League legend. He could help shape the future of the team by helping create a new, fiery roster that can stand up to the standards that present G2 has created.

ZionSpartan is another veteran member of the LCS who’s been in the league since its inception. Although he’s playing for Golden Guardians’ Academy team now, he spent a ton of his career on CLG. He joined the team’s starting roster in 2015 and only left in May 2019 after playing for CLG’s Academy squad.

He was one of the first well-known NA League talents alongside Bjergsen, Sneaky, Doublelift, WildTurtle, and Aphromoo. Although he isn’t on an LCS roster today, he’s still a prominent member of the League community in the region.

In addition to his experience in the league, he was also voted in as the president of the LCS Players Association. The LCSPA stands as an organization to help pros understand their rights and to represent their interests and well-being.

Because of this, ZionSpartan could become a team owner who’s respected by fellow executives and by the players that compete for his team.

Like Perkz, Rekkles has been a European mainstay since he joined the league in 2012. Back then, he was just another 17-year-old player looking to make a name for himself. But now, he stands as one of the most iconic LEC AD carries of all time.

He’s spent his entire career on Fnatic and has been the cornerstone of the organization’s League team for over seven years. They even built an Academy roster around him in 2012 since he was still too young to compete in the EU LCS at the time.

Rekkles has become synonymous with not just Fnatic, but European League culture. His work ethic and incredible mechanical skill have been an inspiration to so many young, aspiring pros. If he continues to apply his influence toward the newer generations of League players, this region could grow to incredible heights.

Again, owners must prove themselves to earn the respect of their players. If Rekkles entered an executive role at Fnatic in the future, he would already have the respect of his future players before they’ve even tried out for the roster.

Licorice hasn’t spent as much time with Cloud9 as the others on this list, but he’s already shown a level of sensibility that comes with a born leader. He isn’t afraid to say what’s on his mind and he stays realistic with expectations.

In an interview with Dot Esports, support Philippe “Vulcan” Laflamme said that if there was someone who could become an owner of C9, it would have to be Licorice due to his time with the team, as well as his level of maturity.

On James “Dash” Patterson’s new show, “The Queue,” the 22-year-old top laner even mentioned that he isn’t interested in becoming a streamer or going pro in another game after his pro League career is done. Instead, Licorice said that a coaching or managerial position could be a possible destination once his days on Summoner’s Rift are done.

“I think that the skills that I’m learning right now are how to be great at something, and how to keep improving,” Licorice said. “If I can actually nail that skillset down, then I’ll be so much better off for doing anything else after.”