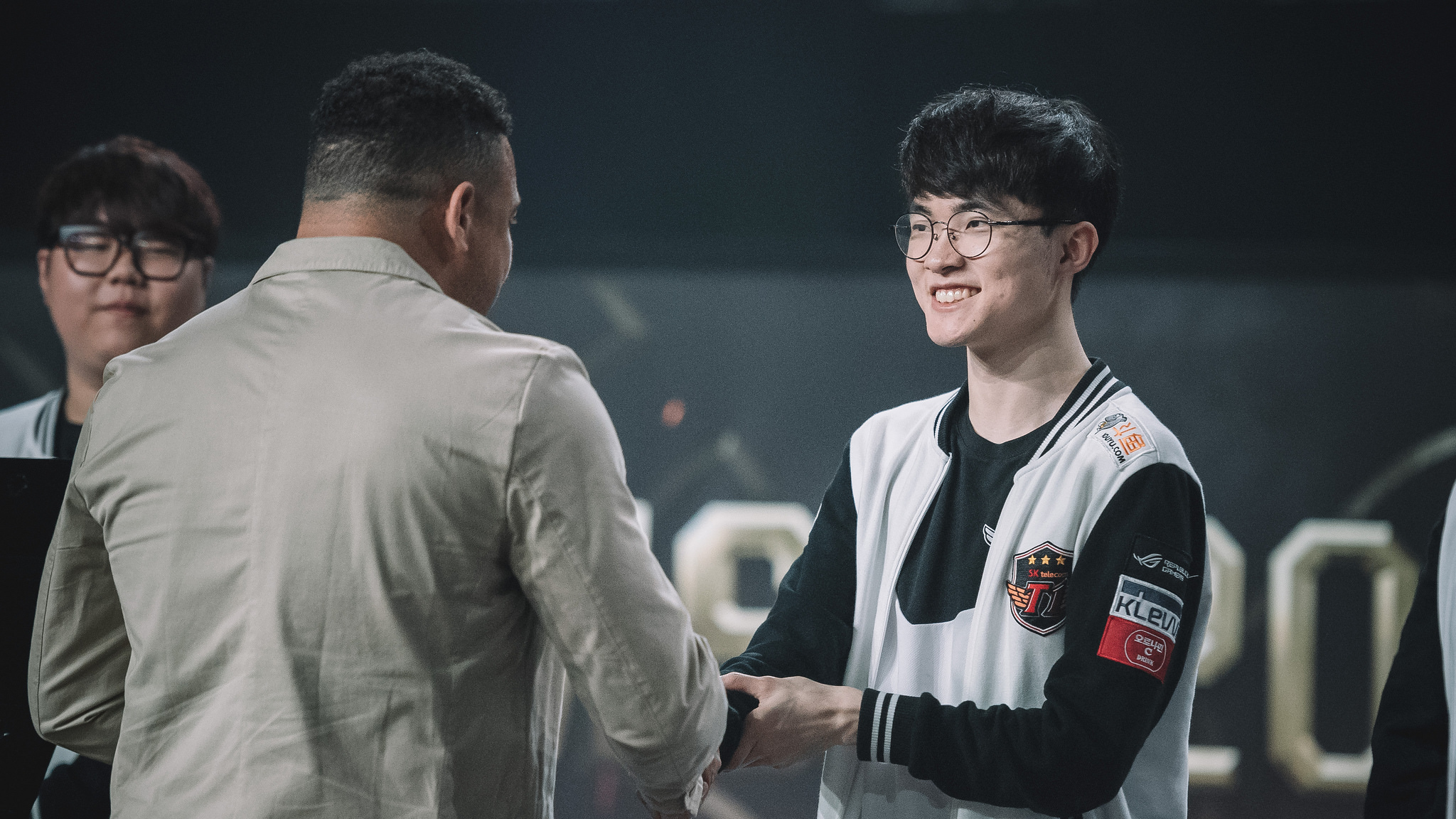 Star mid laner Lee “Faker” Sang-hyeok has signed a new three-year deal with T1, the organization announced today. As a part of the agreement, Faker will become part-owner of T1 Entertainment & Sports.

According to ESPN, Faker will take up a leadership role within the company after he retires.

“I am excited to continue playing for T1 and am thankful for all the fans around the world who have supported me all these years,” Faker said to ESPN. “I am honored to become a part-owner of T1 and look forward to working with the leadership team beyond my playing career. I love this team and am proud to help mold the future of this organization.”

Faker is the face of LoL esports, winning three World Championships, multiple Most Valuable Player awards, and many other tournaments during his seven-year professional career.

And now he will continue his quest for a fourth World Championship with T1 after signing this new contract.

“T1 is thrilled to have Faker on its roster for the next three seasons,” CEO of T1 Joe Marsh said to ESPN. “Since T1’s inception, Faker has been the cornerstone of our team’s success and his undying passion for this organization will continue to drive us forward now that he is a part-owner of T1 Entertainment & Sports. Even after Faker’s retirement — whenever that may be — he will begin the next chapter of his legacy in a leadership role with T1, helping to mold the next generation of elite esports athletes.”

A three-year-deal is the longest contract length permitted by Riot Games. But the stake in ownership is just an incentive for the 23-year-old to stay even longer.

“I always say my goal is to win more,” Faker said. “But… the ultimate goal is to always play my best – as well as I can. “