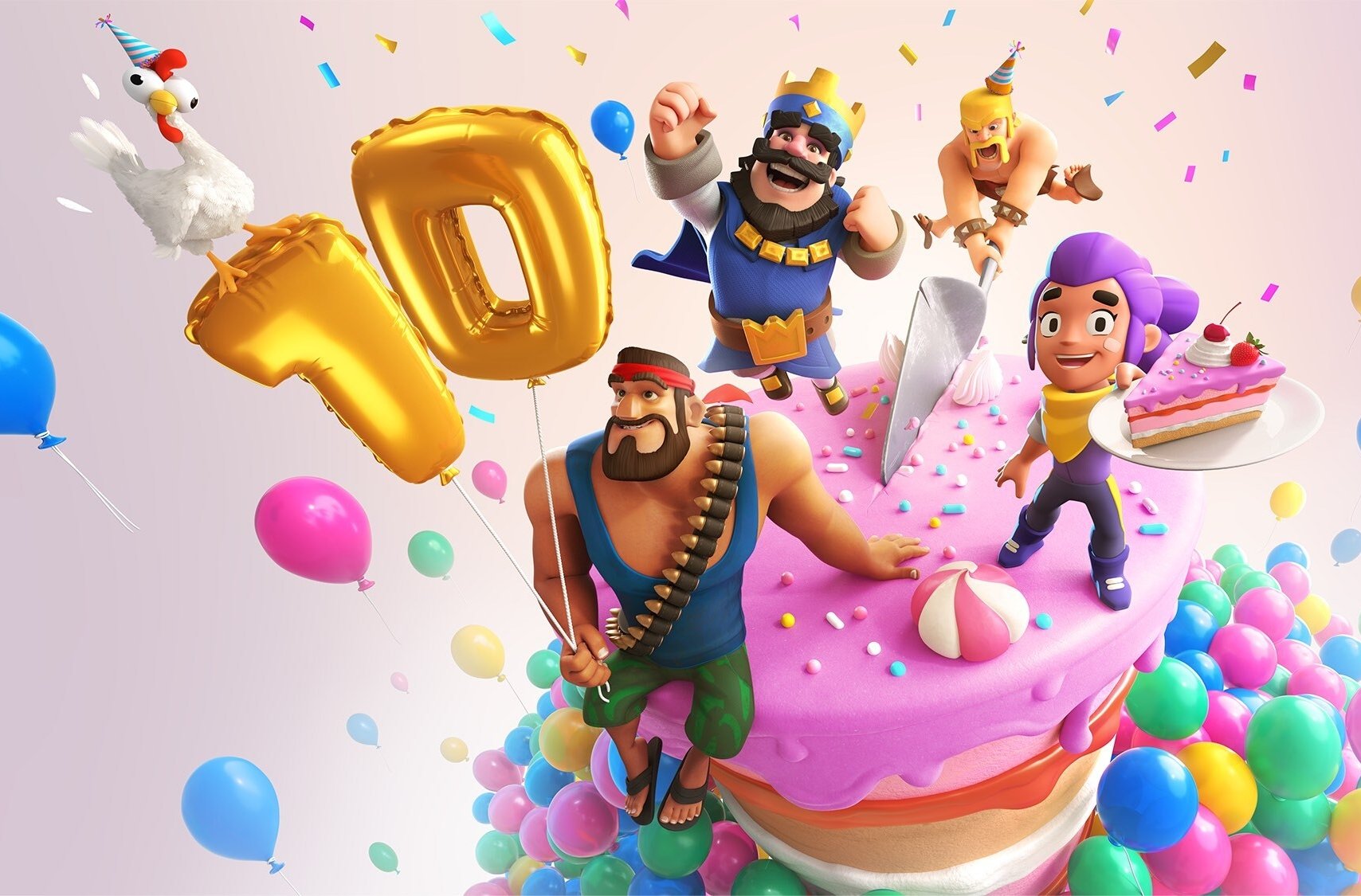 The company represents the dream success story of any gaming startup. Founded in 2010, it rapidly gained success after the release of Clash of Clans in 2012, which was downloaded over 500 million times. Four years later, the developer was bought by Chinese video games giant Tencent for $6.6 billion for 73.2 percent of its shares.

In 2019, the company earned before-tax profits of $577 million from a revenue of $1.56 billion. While that was 8.2 percent less than in 2018, Supercell could see improved revenue this year thanks to a surge in mobile gaming amidst the coronavirus pandemic and the Chinese release of Brawl Stars this June.

As part of its anniversary celebrations, the Supercell also introduced events into its games. In Brawl Stars, an anniversary exclusive offers items with fourth the value of the price paid, around $10 only for a few days.

An exclusive “10” emote was also offered after gaining 10 crowns at the start of the latest season in Clash Royale, and exclusive daily trader deals, as well as a free fountain were added for the occasion in Clash of Clans.

Related: Here’s everything you need to know about Brawl Stars’ new Brawl Pass

Supercell’s next game Hay Day Pop, similar to Candy Crush, entered open beta last March, but a release date has yet to be revealed.