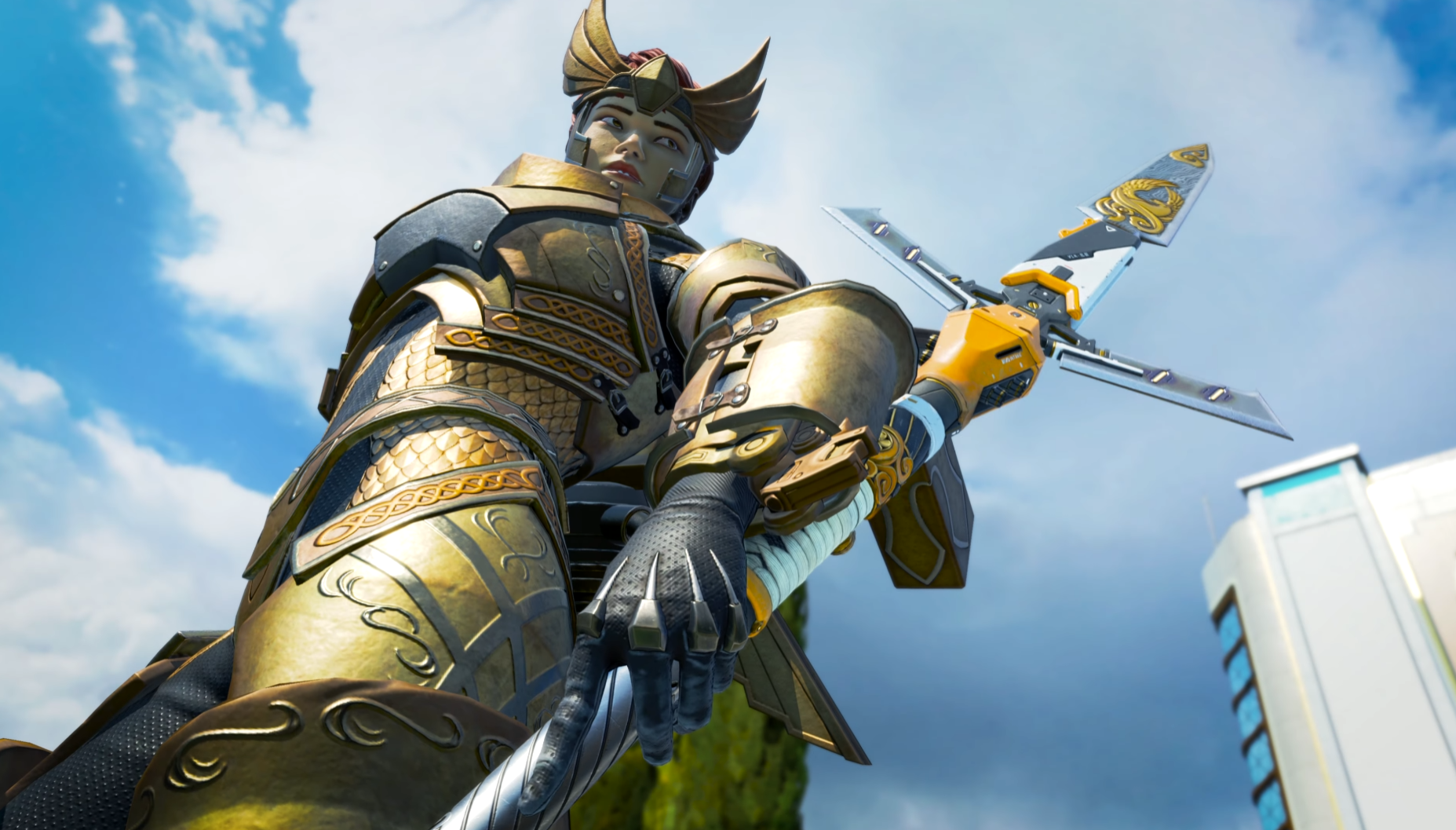 The Awakening event is here, with all of the skins, limited-time modes, and heirlooms that Apex Legends fans can handle. For a game that’s felt starved of content since the beginning of season 13, this event couldn’t come quick enough for most players.

While the skins offered up as part of the event are nice, the clear centerpiece of the event is Valkyrie’s new heirloom, which immediately becomes one of the best heirlooms in the game, if not the best.

The spear is now the largest heirloom melee weapon in the game, even bigger than Revenant’s scythe, and comes loaded with plenty of special animations when players inspect it. For a character that’s become one of the most popular and important in the game, expect to see plenty of spear-wielding Valks in the next couple of weeks.

Of course, there are also plenty of gameplay experiences included in the event that won’t cost players a cent. The super-popular Control mode is returning, this time in a new area: Lava Siphon. The mode also got a few updates to improve the player experience, including decreasing the amount of time it takes for players to respawn.

With all of that content, plus a series of balance changes and even a new POI on Olympus, players will have their hands full getting through it all in the next few weeks. That brings up an important question: When, exactly, does this thing end?

When does Apex’s Awakening event end?

The Awakening event will end on July 5. This gives players a total of two weeks to grab the cosmetics they want and check out the changes to Control.

Alongside the cosmetics available for purchase, there will also be two free weekly prize trackers that are free for all players. By completing challenges associated with those prize trackers during the event, players can unlock free skins and other rewards. The first prize tracker is now live and will last through the first week of the event, while the next prize tracker will become available next Tuesday, June 28.

With rewards in sight and the clock ticking, it’s as good a time as ever to drop into The Outlands and grab some new loot before Awakening ends on July 5.