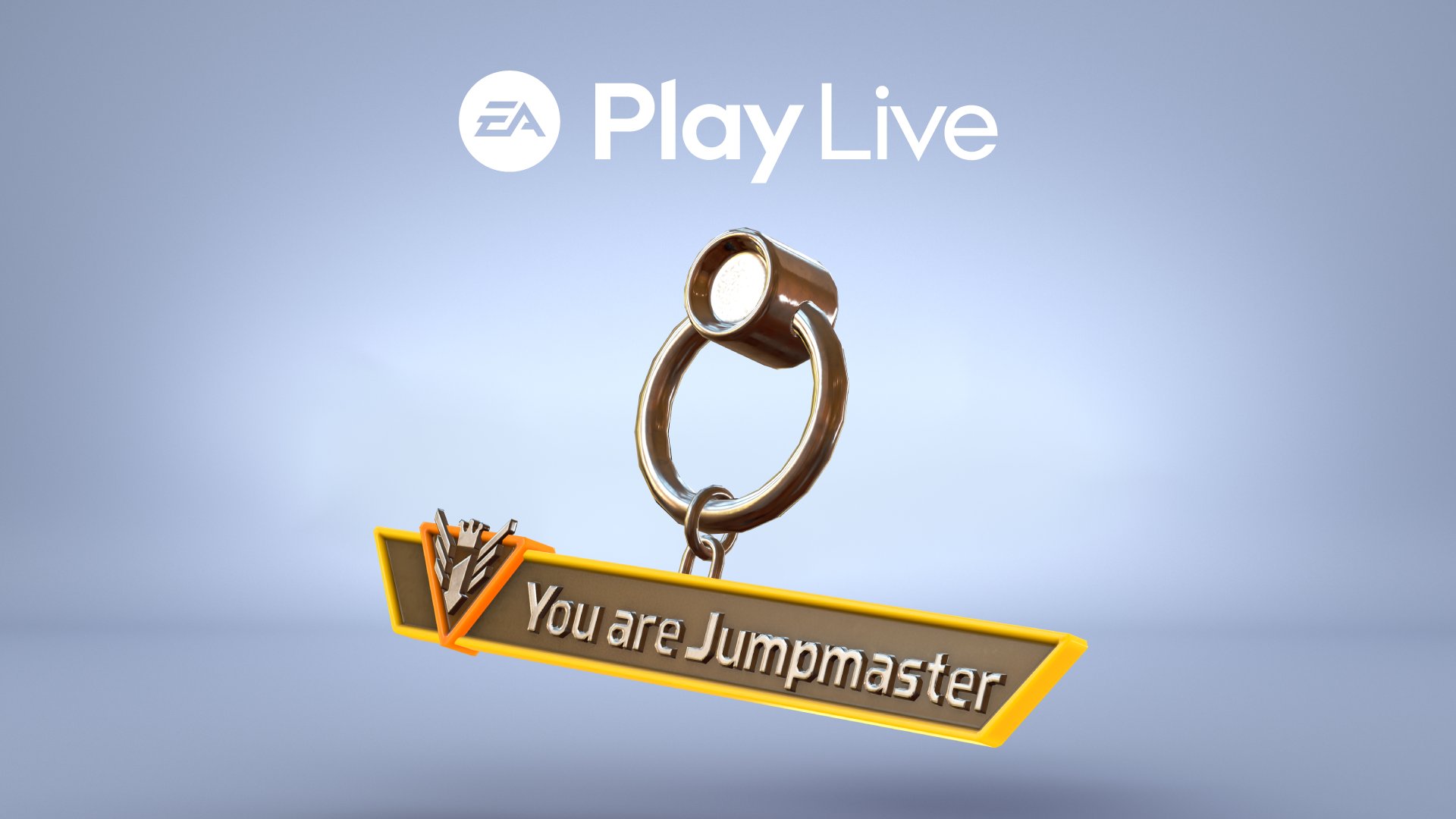 Respawn is looking into an issue that stopped Apex Legends players from getting the Jumpmaster charm during today’s EA Play Live broadcast. The exclusive reward was supposed to be available for players who tuned into the broadcast, but an error stopped it from dropping.

There were no hard requirements on getting the Jumpmaster charm. Players were eligible to obtain it just by watching the EA Play Live broadcast today with a Twitch account linked to their EA account. Users haven’t been able to receive the drop, however.

The charm mimics the iconic “You are Jumpmaster” pop-up that appears when players get to select their team’s landing spot in Apex. It was available as a reward for tuning into today’s EA Play Live broadcast for the debut of the season 10 launch trailer, but players are unable to receive the Twitch Drop. It’s unclear what caused the issue, but Respawn is working on a fix.

The EA Play Live conference marked the debut of the season 10 launch trailer, including another look at the battle royale’s upcoming legend, Seer. Game director Chad Grenier talked about the character’s abilities, which also appeared in the cinematic and include a micro-drone that tracks opponents and a heartbeat sensor that triggers when aiming down sights.

Earlier this month, Grenier confirmed that a ranked version of Arenas will be released in season 10. Respawn also shared the first details on the new competitive mode after the EA Play Live broadcast ended, including a new map rotation for both Arenas and battle royale. Olympus sits out of the map pool for the first time since its debut in season seven. Emergence will feature only World’s Edge and Kings Canyon.

Update July 22 5:43pm CT: Respawn deployed a patch that will give the charm to “anyone that has their EA account linked with Twitch,” according to a tweet.