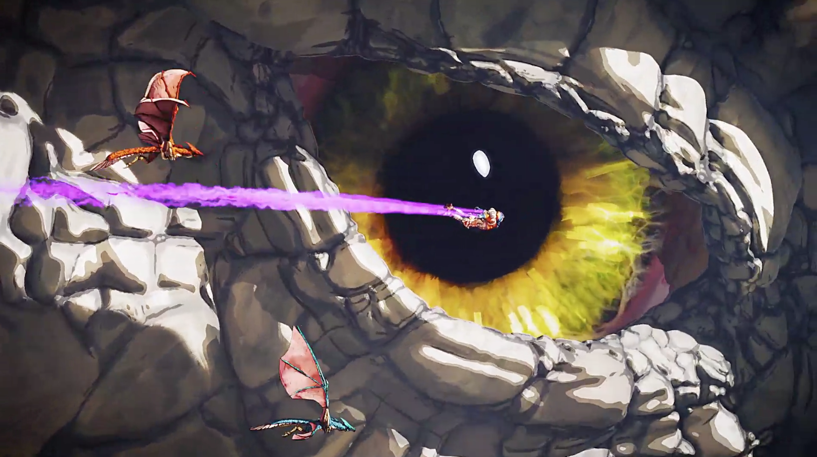 This might not be Game of Thrones, but that doesn’t seem to be stopping Respawn Entertainment from putting on its best Daenerys Targaryen impression in Apex Legends.

As part of today’s Apex season two reveal stream, a new weapon and legend were unveiled. But many fans may have overlooked the L-Star or Wattson for a moment after a few flying friends were also shown toward the end of the stream.

The clip shows what appears to be a few small dragons and the eye of much larger beast, too. The stream did mention that there would be new in-game events for the upcoming season, so this may be one of them.

“We got a couple of big things coming into Kings Canyon at the start of season two,” said Respawn executive producer Drew McCoy. “So keep your eyes peeled over the next month, see what you can find.”

It’s unclear how these dragons will be implemented and if they’ll be able to be interacted with, so it’s difficult to assess what kind of impact they’ll have on gameplay (if any). Respawn probably hopes that these flying creatures won’t receive the same reaction as the planes in Fortnite season seven, however. Many people in that community thought the planes were interesting at first, but then they just became unfun to play against and didn’t add to the competitive experience within a battle royale game.

Dragons will seemingly be just one part of an entirely-new season in Apex. A new weapon, legend, ranked mode, and more are coming to the battle royale title. The new season will be available on July 2.