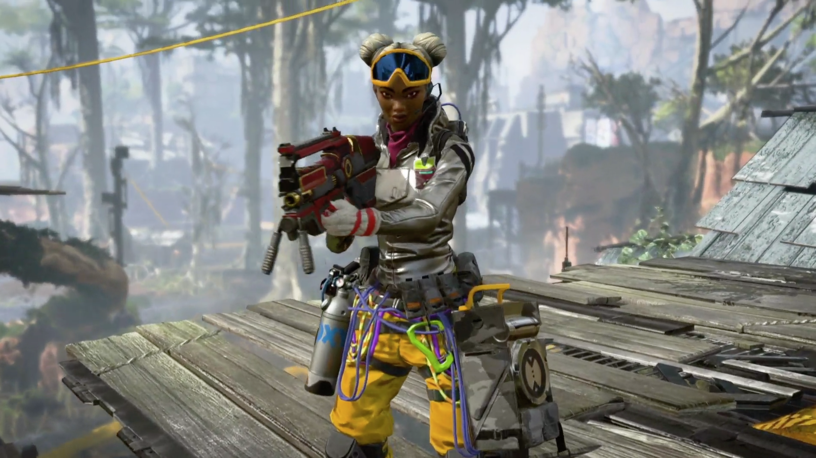 EA and Respawn have revealed a brand-new weapon that’s coming to Apex Legends quite soon: the L-Star.

The weapon was initially teased at the start of the EA Play press conference today alongside the launch of season two and a brand-new legend for players to get their hands on.

The weapon will come alongside season two’s Battle Charge and is one of the guns from the Titanfall universe. The L-Star will only be available as a gold weapon in supply drops.

The L-Star is a fully-automatic gun with a 60-round magazine, and it’s powerful enough to deal damage that blows open doors.

It’ll join the game on July 2 along with the season two Battle Pass and the new legend, Wattson.