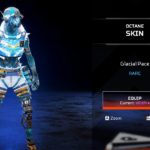 Cosmetic items have become the go-to monetization model of several hit games over the last decade. Games like League of Legends, VALORANT, CS:GO, Dota 2, Overwatch, and Apex Legends all owe some of their success to this engaging business model.

Though skins and battle passes are a massive part of the Apex experience, most cosmetic items in Apex’s early days were simple recolors. Respawn Entertainment picked up the pace once the game was sufficiently stable. And since then, the team has been pushing out skins that give each legend a completely different vibe.

Octane’s default look does a great job of showcasing his adrenaline-addicted personality, but some of the coolest skins in Apex sprung from the young millionaire’s lore. Octane’s rarest skins feature him as a devil, a race car driver, and even a nomad speedster.

We’ve gathered a list of the rarest Octane skins in the game, which will help you flex even further on the battlefield. Some of the following skins may not be available for purchase since they were introduced during limited-time events or as a part of a seasonal battle pass. While the battle pass skins are unlikely to make a comeback, the seasonal skins still have a chance of being available during the same time of the year they were released.

What are the rarest Octane skins?

These skins were introduced to Apex during special in-game events, seasonal holiday periods, or real-world collaborations. Most of the limited-time skins were either rewarded for completing a quest or were only obtainable through Apex packs and battle passes.

While an event or battle pass skin will be quite common to see during its respective availability period, it will get noticeably rarer with time. As these skins become scarcer, they’ll also become an excellent way to show off how long you’ve played Apex.

Messenger is possibly the rarest Octane skin since it was introduced with the first battle pass of Apex. The rare skin was rewarded to any player who reached battle pass level 48 and featured the legend with a nice hair redo, or a paint job.

Twitch is a household name when it comes to the streaming world. Apart from being a host website, the platform also works on deals with game developers, like Respawn, to come up with promotions that’d increase both sides’ traffic.

Whiplash was included in the Twitch Prime Loot for Apex in August 2019. The rare skin features the legend in worn-out scarlet/black tones, which makes him look like someone you wouldn’t want to mess with if he were to cut in a line in front of you.

Adrenaline and speed are mostly associated with warmer colors that tend to be red, green, or orange. Glacial Pace features Octane in colder colors that make him look like the fastest man in the arctic.

This rare skin was introduced with the third season’s battle pass and was one of the first entry rewards at level one.

Apex is a cross-platform game, which enables Respawn to work on platform-specific promotion deals that can award certain cosmetic items.

Exo-Weave was up for grabs for all Playstation Plus subscribers during February 2020. If you don’t own a PlayStation, it also makes this rare skin the most expensive skin on our list since you’d need to buy the console to at least have a chance of obtaining it.

You can also ask a friend who owns a PS4 but doesn’t play Apex to claim it for you the next time a similar deal comes around.

Collection events introduce some of the coolest skins in Apex, which are also the hardest to obtain. Though rare skins have a higher chance to drop from event loot boxes as opposed to epic and legendary ones, it’s still a test of luck. Some fan-favorite event cosmetics tend to get reintroduced to the in-game shop, so checking the shop once a day can be a great idea if you don’t like loot boxes.

The White Lightning skin was added to Apex as a part of the Lost Treasures Collection event in June 2020. While the skin keeps Octane’s core characteristic, the white tones also make him look like Godspeed of DC Comics.

Hot Pursuit was added to Apex during the Legendary Hunt, one of the first events in the game’s history.

Despite not featuring any groundbreaking elements, the Hot Pursuit epic skin is one of the coolest Octane skins due to its unique color scheme. The way the turquoise color blends in with orange makes him look like a cheetah-human hybrid that is programmed to run.

Holiday events bring the best out of Apex. Each seasonal skin is a tribute to remember the old times, and they’re also a great way to rekindle the holiday spirit in the game.

Wildfire features the hectic speedster in the classic Halloween shades of orange and black. The epic skin does a great job keeping it simple, and Octane just looks like someone who is too cool for costumes but still enjoys the holiday.

The skin was added to the game during the Fight or Fright event in October 2019.

Jade Tiger skin was added to Apex as a part of the season two battle pass. The legendary cosmetic was unlocked as the reward for the 75th level of the pass.

While Octane would likely win in a race against a tiger, he becomes a tiger himself thanks to the mythical green colors of the Jade Tiger skin. The helmet completes the look and Octane almost looks like a statue made from emerald.

Octane mains will know that the spoiled runner also has a great sense of humor. It may not be enough to entertain others, but he can surely crack himself up.

The Laughing Fool skin was introduced to Apex during the 2019 Black Friday sale and the skin was unlockable with 1,800 Apex Coins, the in-game currency of Apex that players can obtain through paying IRL money.

The legendary cosmetic item features Octane as an evil-looking jester. His shoulder pieces give him a majestic vibe, while his shoes make it look like he’s counting the minutes before he can get out of his costume.

Fans of steampunk, hold onto your wallets. The Clocktane skin turns Octane into a badass steampunk villain that looks like a ticking time bomb.

The skin was available to purchase for 1,800 Apex Coins during the Grand Soiree event, which took place in January 2020.

If you were ever wondering how fast Octane could run in real life, picture someone who is afraid of spiders walking into a room filled with them.

The Arachnoid Rush skin almost turns Octane into an alternative Spider-Man villain, possibly infected with the symbiote. The legendary cosmetic is given to anyone who buys the Octane Edition of Apex, which also comes with 2,150 Apex Coins and multiple other skins.

You can purchase the Octane bundle via PlayStation Store, Microsoft Store, or Origin.

If any Octane main were to dream of a skin that made him look like a futuristic terminator that traveled back through time for revenge, it would probably look like the XL-R8.

This skin was added to the game alongside the System Override event in March 2020. It features Octane as a robot that doesn’t get one bit tired from all the running.

Unlike the many Epic and Legendary skins on this list, Abstract Splash is only classified as Rare. What makes it difficult to find is that it’s only granted as a reward after buying 20 real-life cans of Monster Energy drink.

Starting in September 2021, fans could redeem codes on Monster cans to receive in-game rewards like skins, battle pass levels, and more. While the contest associated with the promotion is already over, the website is still up, meaning the skin is still potentially available for those who take the time to redeem 20 codes.

Don’t let the Rare category of this skin deceive you: It’s one of Octane’s most difficult-to-find skins. Adrenaline Affliction was awarded as part of March 2021’s Prime Gaming Loot crate, which is given only to Amazon Prime subscribers. These are some of the most exclusive skins in the game because like the PlayStation Plus skins, they’re only available to subscribers for a limited time. Once they’re gone, they generally don’t make a return.