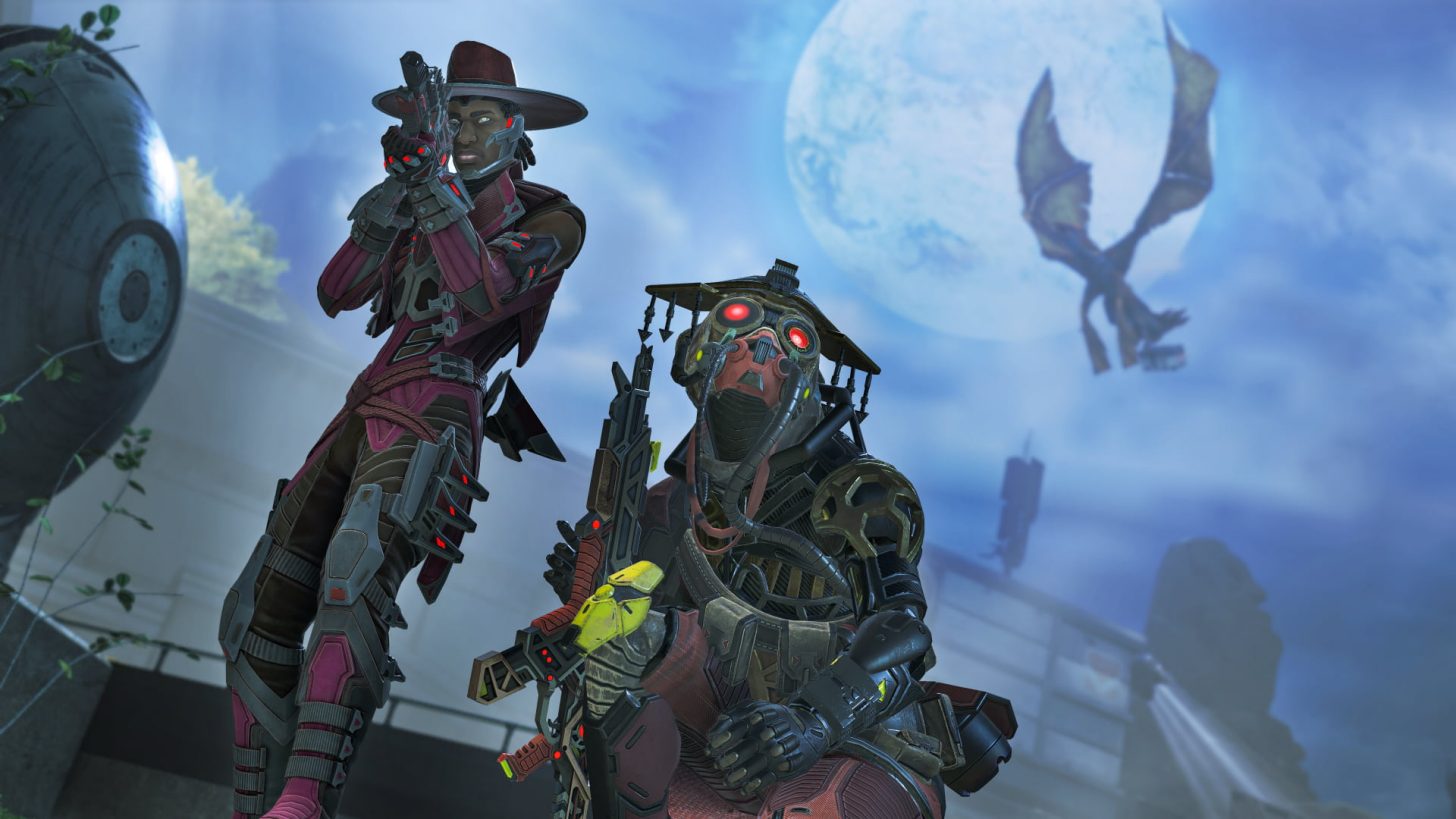 Respawn has introduced this year’s Apex Legends Halloween event, titled Monsters Within. The event starts on Oct. 12 and runs until Nov. 2.

The biggest reveal is Encore, a new Arenas map that was partially leaked last month during a data mine. The map is located on Boreas, Seer’s home planet, and features an open layout with opportunities to flank and control the high ground. On one side is a VIP Lounge, while on the other side is the Performance Stage, both of which stem from Seer’s lore.

The Shadow Royale mode will also be making a return during the last week of the event, or from Oct. 26 to Nov. 2. In Shadow Royale, killed teammates respawn in Shadow-Form and are able to help squadmates who are still alive. Squads aren’t eliminated until the last living member dies and teammates have infinite Shadow lives.

Each week of Monsters Within will have a different reward track that grants exclusive charms, holosprays, and event packs. Completing the final track rewards a new epic Loba skin. Other than the items on the reward tracks, there are 40 new Monsters Within-themed items that can be found in Apex Packs, including skins for Revenant, Caustic, Bloodhound, and Seer.

Some of previous years’ Halloween cosmetics will be available for purchase in the shop during the event, including Wraith’s Mistress of Evil skin and Crypto’s Deadly Byte skin. From Oct. 26 to Nov. 1, a Dia de los Muertos-themed bundle for Octane will also be available in the shop.

The event begins next Tuesday, Oct. 12.