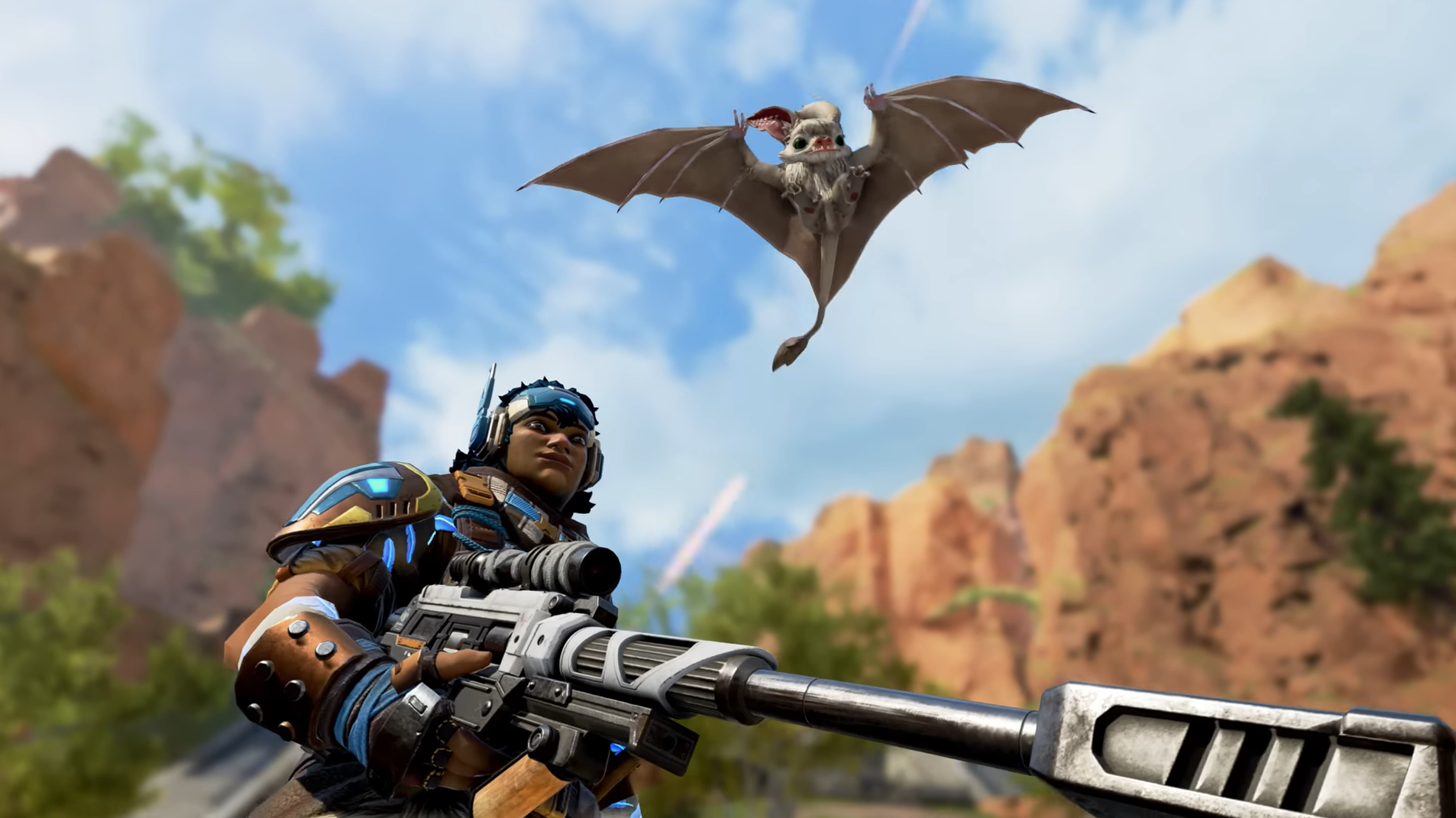 If you start seeing Horizon ultimates flying around the map in the coming weeks, just know that it’s the fault of a certain furry, winged creature that made their debut in Apex Legends at the beginning of season 14.

Naturally, Apex players took that logic and ran with it, trying to figure out what else can be stuck to the bat.

This isn’t the first time Apex has had some unintended consequences to putting a small character you can fly around into the game. Crypto’s drone Hack has been the cause of several dev headaches when players figured out they could stick certain things to it, from throwing an arc star onto the drone and flying it into an enemy squad to letting a friendly Rampart put Sheila on top of it and taking her for a ride.

Echo will most likely be getting some bug fixes in the near future to prevent players from abusing some of these strange interactions. In the meantime, just keep an eye out for interstellar events zooming toward you at inhuman speeds.