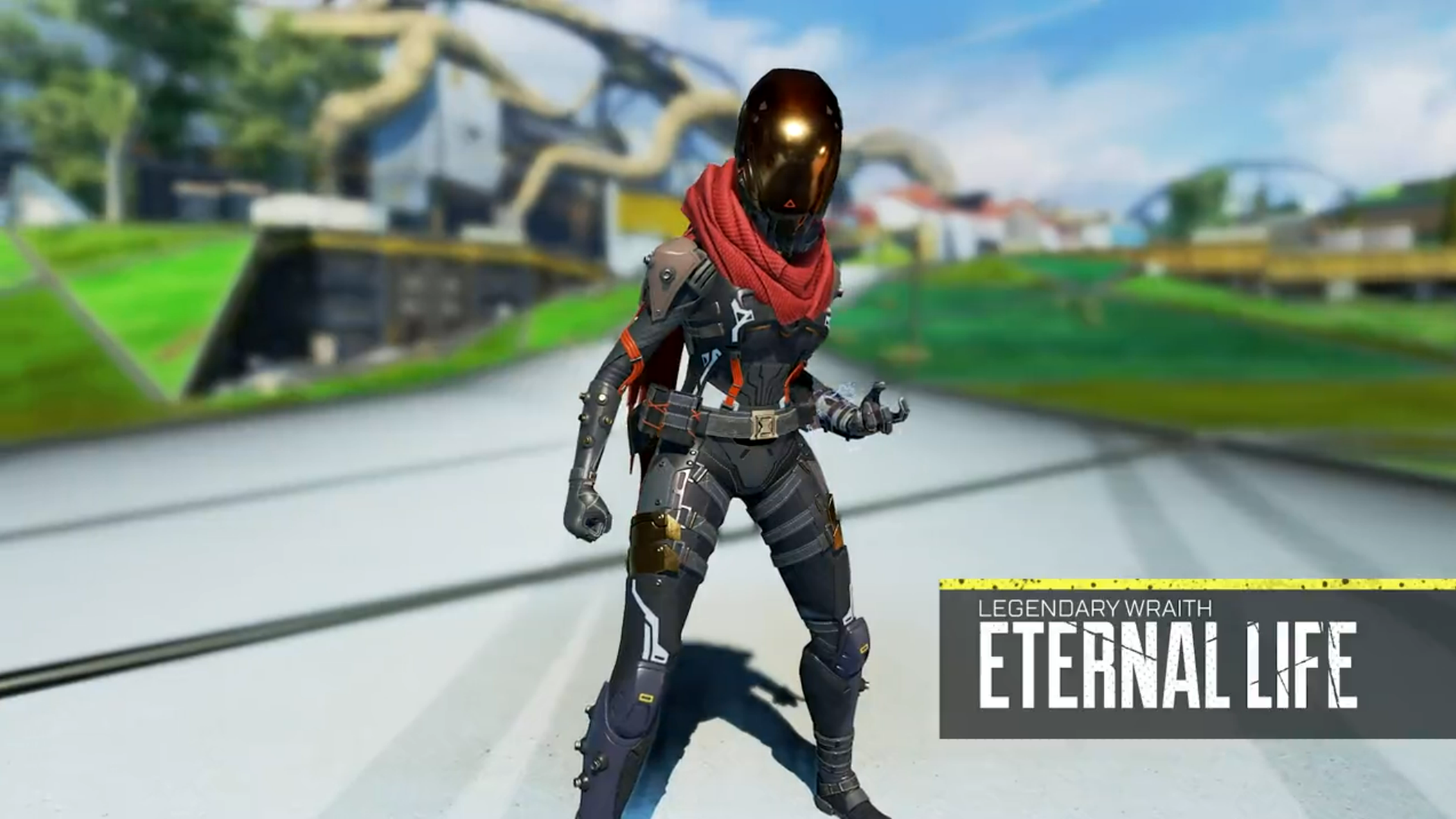 Apex Legends players can dust off their black outfits in the shooter’s new Back in Black sale, which is offering three recolors based on popular skins for Wraith, Octane, and Pathfinder. The new visuals will be available for a week and cost 1,800 Apex Coins, though players can spend 6,000 Coins on a bundle featuring each individual skin and 60 Apex Packs.

The three cosmetics are recolors of some of the most iconic skins for the trio of legends. Wraith’s Eternal Life is a twist on the legendary (and Legendary-rarity) Voidwalker skin, released on the eponymous event in 2019. Voidwalker has become a favorite skin in the eyes of the Apex community both due to its visual and its significance to the lore of the Science Pilot, and fans can get it in black for just 1,800 Apex Coins.

The Back in Black sale is offering another skin based on an episode of Stories From the Outlands, this time, overhauling Pathfinder’s Memoir Noir visual into the black-and-red Untouchable. Memoir Noir first appeared as part of the “Fight Night” short released in December 2020, but made its way to the game just a week later, in January 2021, as part of the Fight Night event.

Octane has been getting his share of the spotlight in the seasonal quest, and the High-Speed Daredevil is also getting a new look. The Overdrive visual dyes Octane’s season seven Fast Fashion skin from the season seven battle pass with black and red.

The bundles will be available in the in-game store until March 29, giving players a week to gather the Apex Coins and letting them put a dent on the counter to their next Heirloom if they’re willing to pay for the bundles.