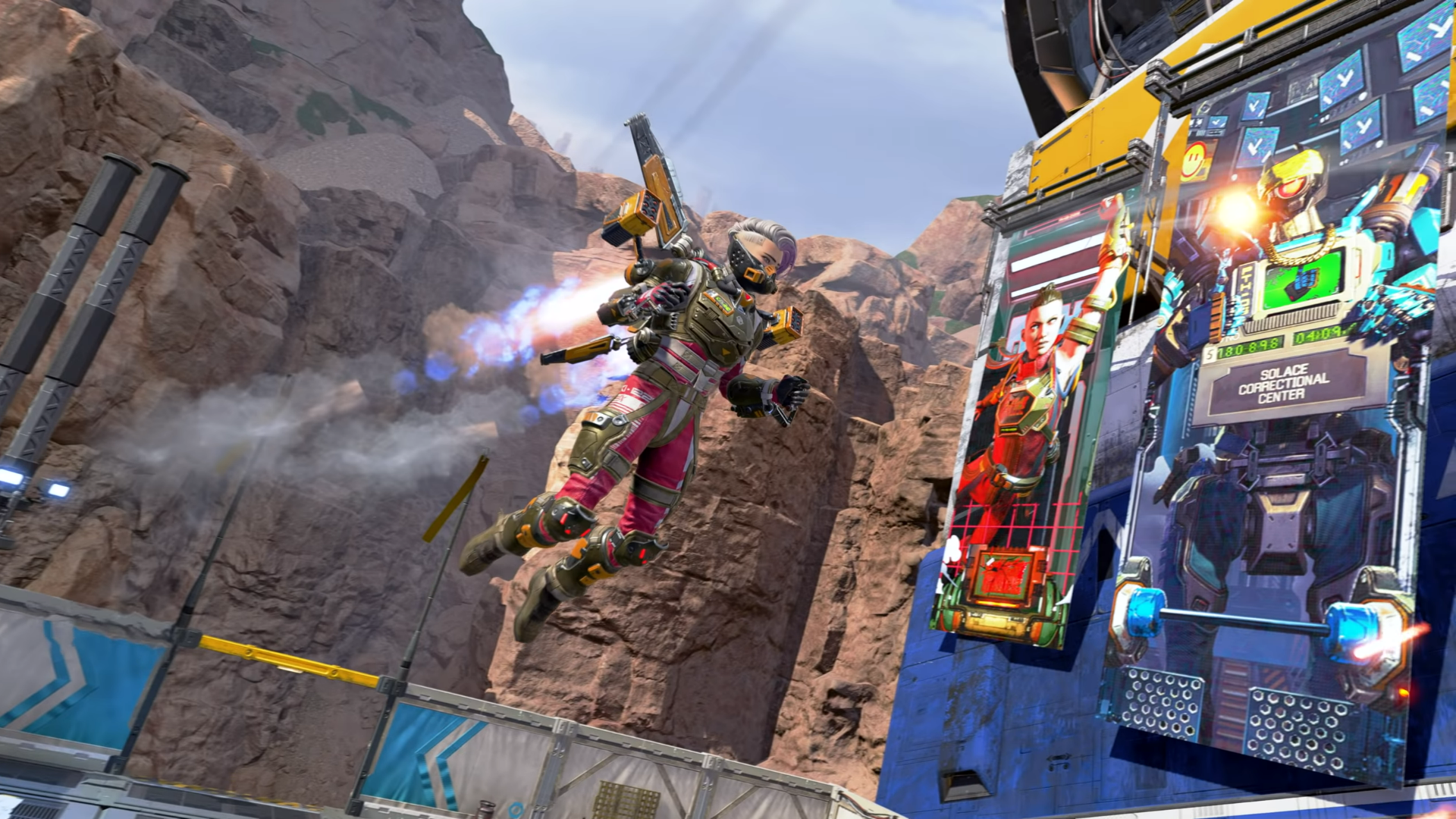 Storm Point’s gravity cannons are a two-edged sword in Apex Legends. Sure, they’re a great way to quickly traverse vast distances on the game’s biggest map. But they can also be a bit of a death trap if a team happens to be waiting for you to land on the other side.

Of course, if you’re losing a fight and have no other alternative, a gravity cannon escape can be your best option, and the team your fighting might think twice about trying to chase you, considering they’ll be at a disadvantage when they land, momentarily stunned in place and out in the open. That’s why preventing an escape on gravity cannons can be so important when you’re trying to grab a couple kills.

There’s a few ways you can stop a player from getting away on a gravity cannon after they’ve already activated it, including with Ash’s arc snare. One Valkyrie player came up with a different way, however, that’s so simple it’s genius: just use your head.

Reddit user freethebes had a team on the ropes on Storm Point, with their enemies trying to escape by taking the gravity cannon at Thunder Watch back down to Storm Catcher. Thinking quickly, freethebes used Valk’s VTOL Jets to fly up and directly into the path of the gravity cannon. A couple bonks later, and freethebes and their squad got themselves a free kill.

Since enemy character models can’t move through each other, the enemy bounces off of the Valkyrie character model. But they keep the same momentum they received from using the gravity cannon, sending them flying up high in a near-vertical trajectory, since the gravity cannon would normally shoot them forward at a steep upwards-angle, and they then bounce off what amounts to a surface perpendicular to the ground.

It’s not rocket science, but it’s such an obvious solution that many players might not have thought of before that they can now add to their own gravity cannon shenanigans. Just remember: objects in front of the gravity cannon are closer than they appear.