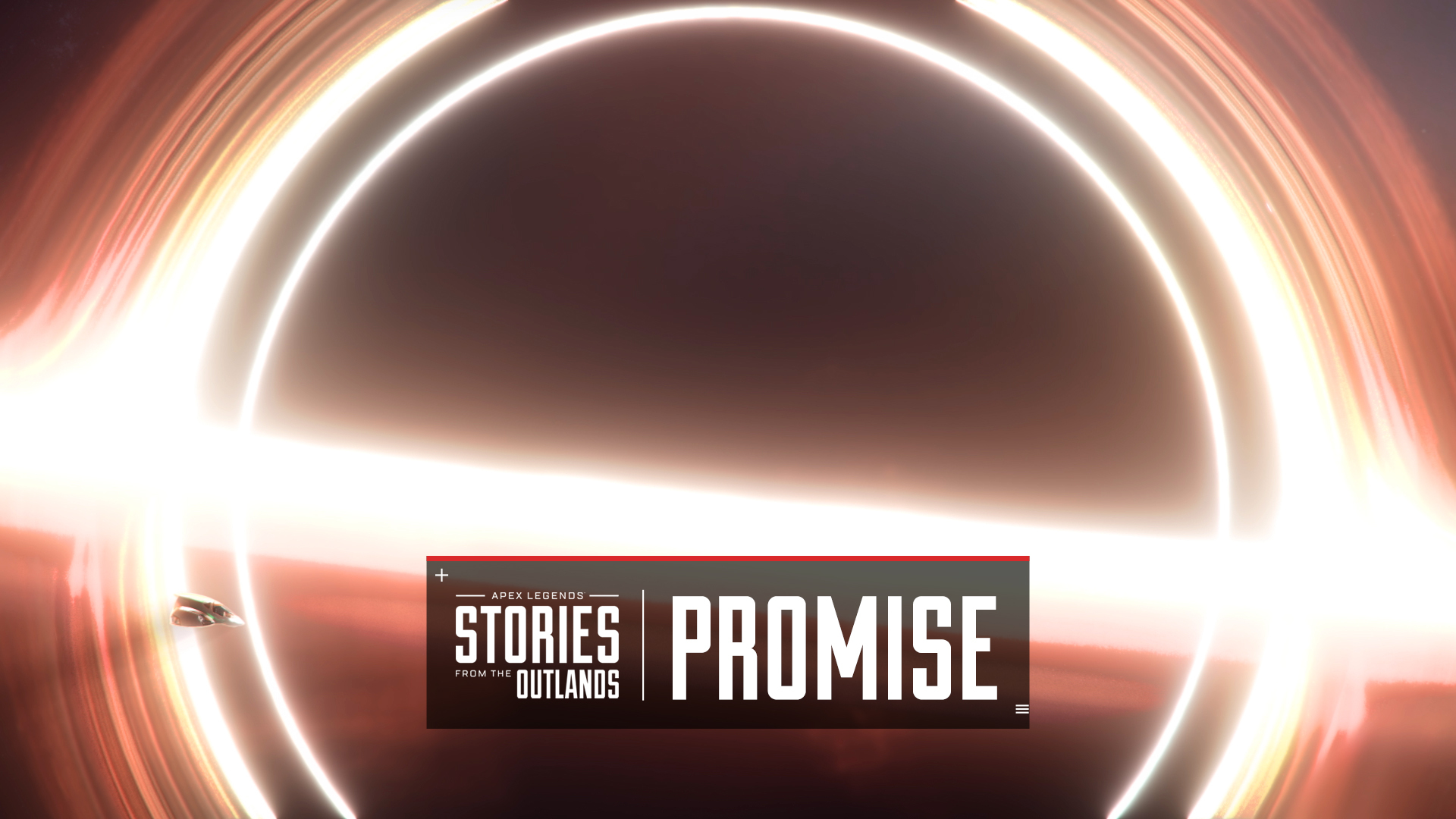 Apex Legends is getting another episode of its Stories from the Outlands series tomorrow. The new animated short film, “Promise,” is scheduled to go live at 10am CT on Oct. 26 and should shed some light on Dr. Mary Somers—better known as the likely season seven legend, Horizon.

Promotional art for the video shows a small ship circling a colossal black hole. Horizon is likely trapped in the landing craft; the doctor said she was stranded in space in a previous teaser.

The title of the episode of Stories from the Outlands, “Promise,” might have a connection to the mysterious “he” that Horizon mentions in the video log. Dr. Somers refers to the person twice in the message, implying that he could be a love interest or a family member. “What I wouldn’t give to be home, clean, and just with him,” she says in a video.

The cinematic can provide some insight on the apparent connection between Horizon and Ash. at the end of the season five quest, players assembled the simulacrum, who started saying seemingly random messages upon waking up. Some are callbacks to Titanfall and others are complete unknowns (at least for now), but two elements of Ash’s voice lines so far are echoed in Horizon’s lore teasers.

One of Ash’s quotes is a direct reproduction of one of Horizon’s musings: “just a wee bit of betrayal before breakfast, eh dearie?” Ash says. Dr. Somers says the exact same quote in a teaser, complete with an inaudible part that’s present in Ash’s voice line—a clear connection between the two.

Branthium is another connection between the two. Ash says that “all roads lead to Branthium,” and although fans speculated that it could be a place, the name most likely refers to a material or resource based on one of Horizon’s quotes: “just gotta figure out how we can fuse the Branthium without critical mass,” she says.

Horizon first appeared in Apex in a teaser video in the Firing Range. She sets out a myriad of challenges to the players to “gather data” and unlock gravity lifts spread around Kings Canyon and World’s Edge. After clearing all the objectives, she would tease the legends in another video: “all that data you’ve provided us will come in handy… when we face ya in the games,” she says.

Stories from the Outlands is Apex‘s series of animated shorts that shed some light on the legends’ backstory. The most recent lore videos showed how Revenant killed Forge, how Loba took her revenge, and how Rampart joined the Apex Games through commissioner Kuben Blisk—and tomorrow’s episode could share something just as impactful.