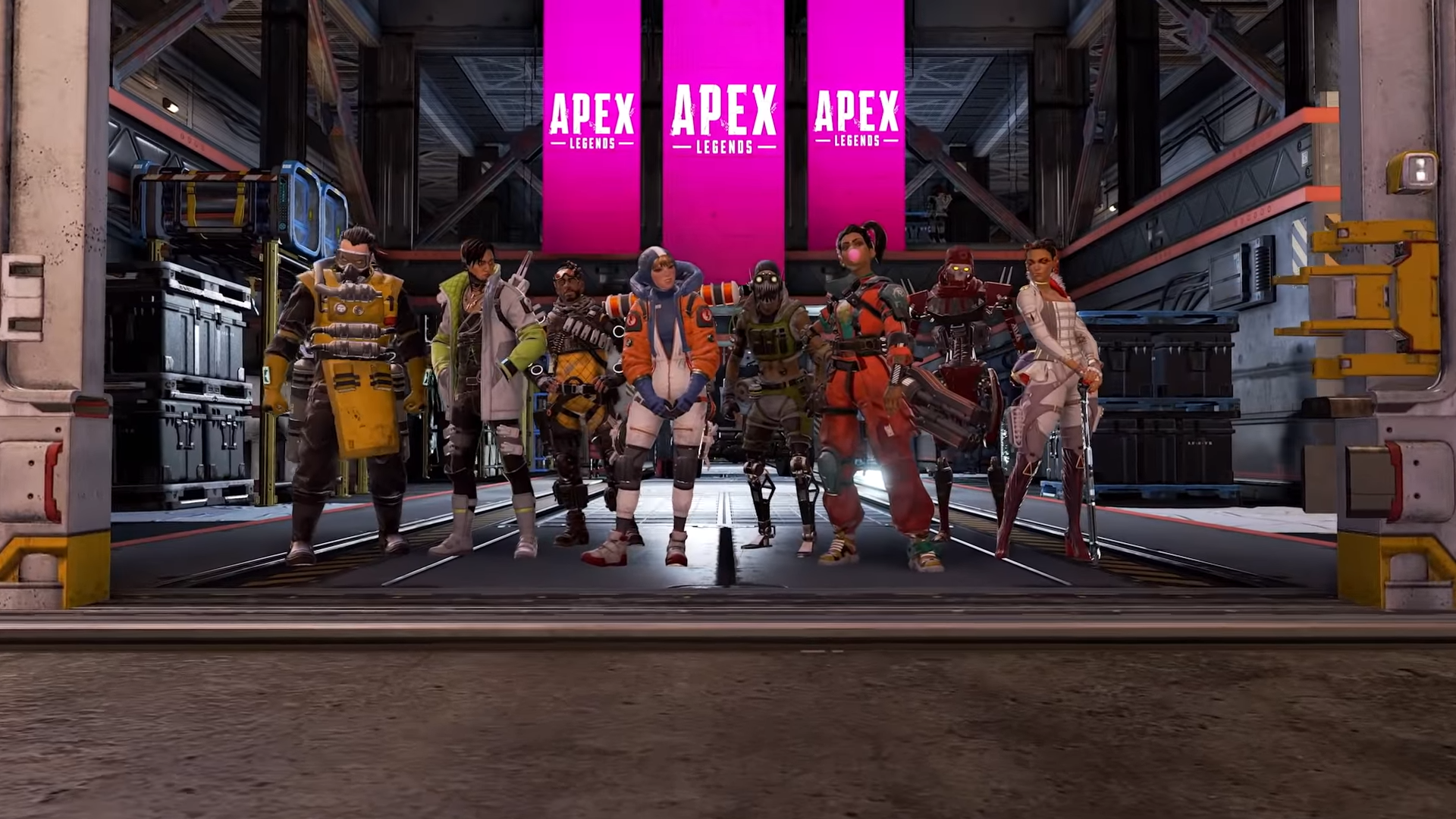 The teasers for Apex Legends‘ next season are kicking off in style.

Respawn revealed a teaser for the upcoming character hiding in the Firing Range today. The video shows that the new legend is “gathering data” on the Apex Games and asks for the player’s help to clear some challenges.

The teaser went live alongside the reveal of Apex‘s upcoming Champion’s Edition bundle, which shows a glimpse at the upcoming legend as a silhouette in the training grounds. The video is a hint for players to dive into the Firing Range, where they can find the video.

Players will encounter a mysterious voice message inviting them to the Firing Range when they boot up Apex. To hear the message, the legends must interact with a TV monitor on the right side of the arena, past the dummies and targets and close to a locked supply bin and a zipline.

The sender invites the player to participate in a “totally voluntary, fairly low chance of dismemberment kind of deal” to gather data about the Apex Games. “If you complete my diagnostic challenges, quite the reward is all yours,” she says. A new set of challenges titled “A Wee Experiment” will be available in the lobby after the video ends.

There are a total of three challenges and clearing each one will unlock one of the gravity lifts spread across both maps. The challenges are fairly simple: dealing 10 damage in mid-air, getting 10 knockdowns (not kills), and outliving 120 opponents. They also count toward battle pass progression and give out 5,000 CP each, which makes them worth doing even for players who aren’t interested in the story.

Although the gravity lifts are certainly a teaser for the upcoming season, it’s still unclear what purpose they’ll serve once activated or what the mysterious reward is—but players could find the prize on the locked supply bin next to the monitor once they clear the challenges.

Data miners suspect that the sender is Horizon, one of the possible contenders for season seven’s legend. The users spotted a piece of character art for a legend called “Horizon” and it could match some of the hints so far.

Players pored over the video and found hints that match up to what we’ve seen of her so far, including an appearance in a banner and in the background of the hangar. Respawn hasn’t confirmed any of this data-mined information, though.