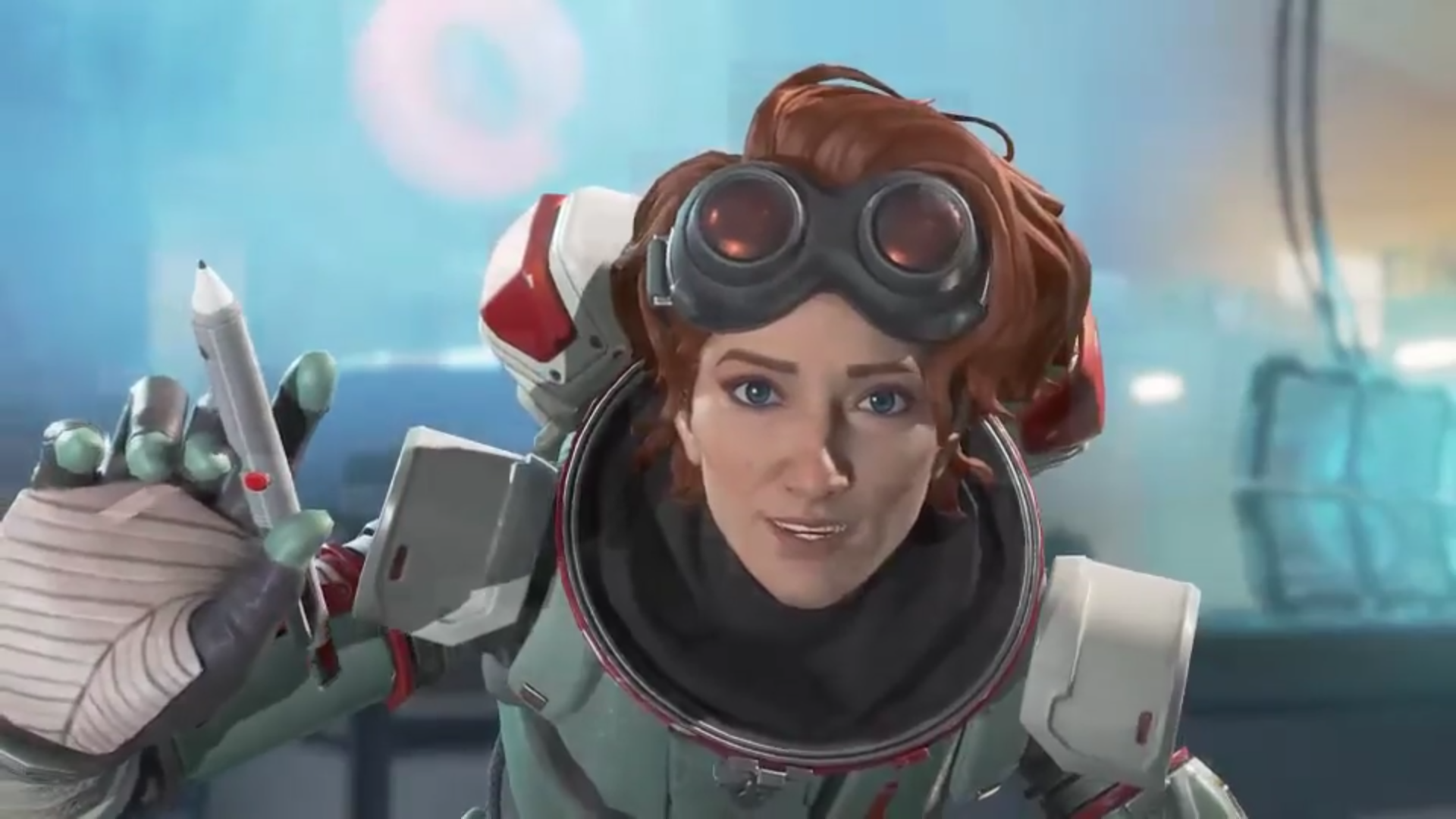 Dr. Mary Somers left another one of her video logs today as a teaser for Apex Legends‘ next season. The recording sheds a sliver of light on Horizon’s background and gives some half-answers about some familiar topics but keeps the mystery alive for the build-up to season seven.

The recording shows that Horizon has been stranded somewhere in space for approximately five months. “I’m scared to do the maths on what that time means back home,” the scientist says. She also hints at a possible loved one or close friend in the message. “What I wouldn’t give to be home, clean, and just with him,” she says with a sigh.

Despite the blurry image, Horizon seems to be trying to fix her drone, Newt, with the help of a familiar element: Branthium. The name “Branthium” showed up in Ash’s monologue at the end of The Broken Ghost when the simulacrum said “all roads lead to Branthium.”

“I know there’s some way with Newt,” Horizon said. “Just gotta figure out how we can fuse the Branthium without critical mass.” The statement indicates that Branthium is a resource and not a location, as parts of the community previously thought.

The resource may also have powerful energetic properties and could be used to fuel vehicles or appliances. The element presumably plays a role in Newt’s power supply and a piece of dialogue hints that it could have even deadlier applications. “At least I didn’t almost nuke my ship today,” Horizon said.

Branthium isn’t the first correlation between Ash’s voice lines in season five and Horizon’s messages. “A wee bit of betrayal [inaudible], eh dearie?” she said in her previous message—a word-by-word copy of a section of Ash’s monologue.

Some fans theorized that Horizon may have been in charge of wiping Ash’s memory. That hypothesis would explain the overlap between Horizon’s quotes and Ash’s dialogue. Data miner Shrugtal also postulated that the “he” could be Horizon’s son, still stranded at home.

It’s also possible that the “wee bit of betrayal” in Horizon’s last message led to her isolation in some manner, regardless if she was the victim or the perpetrator. Her predicament could also be caused by an accident with the fusing of Branthium, based on her “at least I didn’t almost nuke my ship today” remark.

Apex‘s seventh season releases on Nov. 4, which gives fans a short wait until Respawn answers some of these questions (and raises several more).