Apex Legends offers a variety of skins for all players. Each new patch introduces more skins to the game, and it can get challenging to keep up with all the new cosmetics if you enjoy playing with multiple legends.

The rarity of skins in Apex is defined by their tags: Legendary, Epic, Rare, and Common. While skins from the higher rarity tiers are naturally harder to obtain, events and seasons can even make Rare skins some of the most elusive cosmetics in the game.

Promotion and limited-time event skins often take the crown when it comes to rarity. These are the skins that money can’t buy again since they aren’t available for purchase.  You just had to be there when they were available to acquire them.

While the chances of these skins returning can be slim, Respawn Entertainment might treat players with a comeback, or at least their recolors from time to time.

Here are the rarest skins in Apex Legends.

Octane’s Jade Tiger features the speedster in emerald green armor. This skin was awarded to players who unlocked the 75th tier of their battle pass in season two, and it hasn’t returned in its original form since. A recolor of the skin was released during the 2021 Anniversary event, though, and Jade Tiger returned as El Tigre for the duration of the event.

Lifeline – From the Ashes

Most squads have that one dedicated support player who just loves having their team’s back with Lifeline. While the legend has an impressive skin wardrobe, few come close to the overall design of From the Ashes.

The skin features Lifeline in a devil form, and it was added to Apex during its third season. Players could unlock this skin by leveling up their battle passes to level 53 in season three.

Though the skin itself didn’t become available again, its recolor, Hell Raiser, was available for purchase throughout the 2021 Anniversary event.

SRVN MRVN is one of the most unique skins in Apex—not just because of how hard it’s to obtain it, but also because there are almost no other cosmetics that feature legends wearing a suit.

Pathfinder’s SRVN MRVN was added to the game in the Grand Soirée event in January 2020 and returned in the September Soiree later that year. Compared to the other Pathfinder skins in the game, this one can only be described with a single word, and that’s “class.” The skin also received a recolor, Friendly Fire, in the 2020 Anniversary event.

It’s always a race against time for Octane. If he wasn’t racing his enemies, he would probably be racing against himself, explaining the clock-like suit in Clocktane.

Octane’s Clocktane skin was introduced to Apex during the Grand Soirée event in January 2020. Players could unlock this skin for 1,800 Apex Coins. The skin also became available for a second time in September 2020 and hasn’t returned to the shop ever since. Considering Clocktane doesn’t have recolors, it’s one of the rarest skins in Apex.

If there were more Octanes in the Apex world, the chances of them getting together to organize races would be relatively high. Octane looks like a sponsored race driver in Sonic Boom, rocking a nice tone of blue with graffiti-like designs surrounding his body.

Sonic Boom was added to Apex during the October 2020 Aftermarket event which had a racing theme. It took a year for Sonic Boom to become available again and the skin hasn’t returned since December 2021.

Thematic events are the best when it comes to adding quality skins to Apex. Each legend tries to blend in with the theme of the event, and Pirate Queen Lifeline did an amazing job of it during the 2020 Lost Treasures in June.

The skin features the trusted healer in a futuristic pirate outfit filled with neon colors. 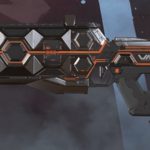 Legend skins tend to be more popular compared to weapon cosmetics, but there are a few weapon skins that the Apex community has been looking to add to their collection with no luck.

The Flatline’s Heat Sink and Heavy Metal are two of these cosmetics. The weapon skins were added to the game during the fourth season and they haven’t returned since. Not only do the skins feature a sleek design, but they also have the best iron sights in Apex, making it an excellent choice for competitive players.

Heat Sink was awarded to all players who level up their battle pass to level 100 while Heavy Metal was locked behind tier 110.

Wraith has enough skins that can last her for winter. Not all of them have the same rarity, however, and Night Terror is one of the hard-to-get ones.

This skin features the legend in an ancient warrior’s outfit, and it was added to the game during its first season in March 2019. Players could unlock this skin by leveling up their battle passes to level 15, and there isn’t a way to unlock this cosmetic at the moment. Though the original version of the skin never came back to the game, its recolor which was introduced during the Old Ways event returned to the shop a few times.

Perfect Soldier is another rare Wraith skin that was added to Apex three seasons after Night Terror in February 2020.

The Perfect Soldier skin blends well with the theme of the fourth season, and players could unlock it by getting their battle pass to level 25.

Bloodhound’s tracking abilities make them a threat, especially in slow-paced matches. The Road Warrior skin features the legend in a biker’s outfit, which relatively well suits their overall theme.

Road Warrior was introduced to Apex during its sixth season in Aug. 2020, and players could unlock the skin by leveling up their battle passes to 50.

While most Wattson skins change the legend’s look a fair bit, Cyber Punked gives the Static a big overhaul, and it’s also the rarest Wattson skin in the game.

Cyber Punked was introduced to Apex during season four in 2020 and it was awarded to all the players who leveled up their battle passes to level 50.