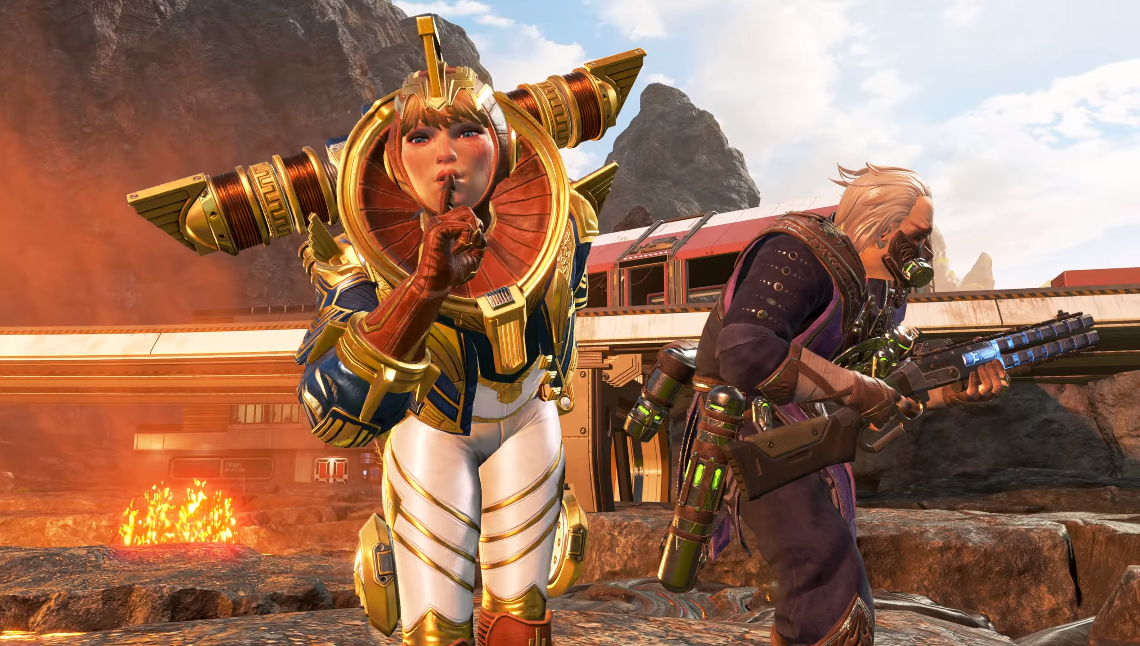 Today’s patch introduces the new event, along with a rotating playlist of action-packed game modes. And no event would be complete without fresh cosmetics, including a mustached Pathfinder skin. New content aside, important changes to legends and bug fixes are also hitting World’s Edge in an effort to balance out the meta.

Gibraltar and Crypto are getting buffed, while Wraith is receiving a strong cooldown nerf to her Into the Void ability. Weapons were almost untouched and Respawn just made a small adjustment to extended Energy mags.

Designer notes: “We know that the removal of energy mags seems a bit odd, but it will make much more sense with the release of Season 4! It takes a while to make the bigger changes you see in the new season updates, and we generally make sure to filter out these changes from preceding mid-season updates. This time we made a mistake and shipped a change that wasn’t intended to go live until season four.”

“This feature is limited to approved partners and allows them to arrange private player matches, record live footage via game client spectators, and view match results. Our goal here is to provide great tools for tournament organizers for setting up teams and matches at events and a better spectating experience for fans.”