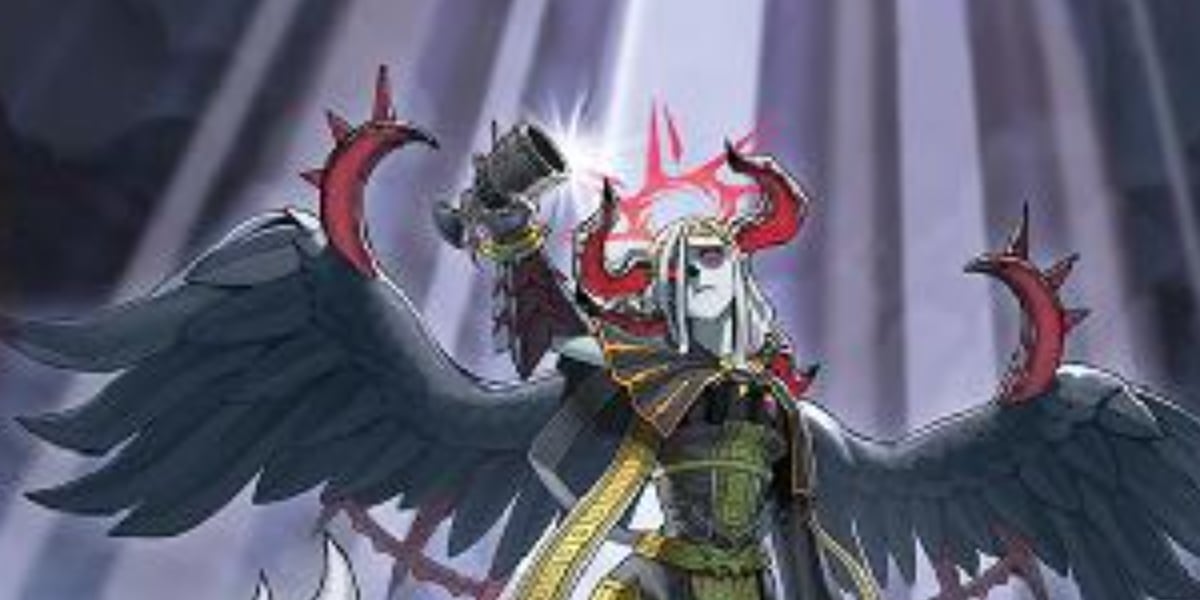 Some details of the next Battles of Legend set have leaked early by various Yu-Gi-Oh! forums and marketplaces, showcasing some of the contents that will reportedly be featured inside when it drops later this year.

Battles of Legend is a collection of sets featuring cards used by various duelists from the Yu-Gi-Oh! Anime, along with support for older archetypes that typically tie into those cards. Additionally, Forbidden Droplet is mentioned as being a reprint in the set, which is fantastic for competitive players who were looking for new ways to pick up the card.

Battles of Legend 2021, which will be officially revealed at a later date under a new name, will be an all-foil booster set that will feature cards from Yugi Muto, Zane Truesdale, Syrus Truesdale, Sherry Leblanc, Yuma, and more. The Sherry cards should be especially useful since additional cards from her deck are being released in Legendary Duelists: Synchro Storm in July.

This includes the previously announced Kuriboh Brothers and potential support for the King’s Court that will also be released in July and Utopia support to add to the Lightning Overdrive boost that the archetype is getting next week. There will also be new @Ignister support added in this set, though no details about those cards were included outside of pointing to a focus on Special Summoning.

In total, we know some of the themes that can be expected in the next Battles of Legend set, along with the fact it will reportedly feature 60 new cards and 30 reprints. Each pack will contain five cards, four Ultra Rares and one Secret Rare.