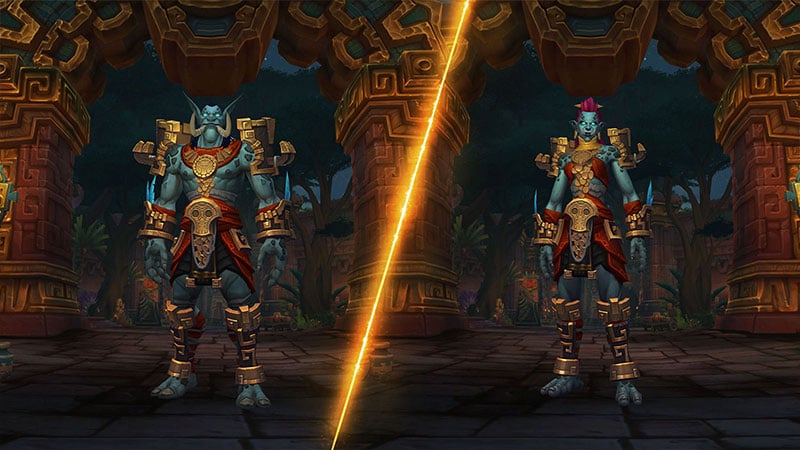 Unlike the other 14 playable races in the game, Allied Races each require an achievement to be unlocked.

The Zandalari Trolls feature four distinct racial passives. There’s City of Gold, which increases gold earned from creatures by two percent, Embrace of the Loa, which chooses a Loa by making an offering at Lou Shrines around the world and offers unique powers. And then there’s Pterrordax Swoop, which reduces your failing speed for two minutes, and Regeneratin’, which regenerates 100 percent of your maximum health over six seconds.

To unlock the race, you first need to finish the War Campaign in Battle for Azeroth on the Horde side and finish both the 8.0 and 8.1 components. This includes The Day is Won, Mekkatorque’s Battle Plans, Through the Front Door, and Fly Out to Meet Them. This will grant you the Tides of Vengeance achievement.

You must also complete all major lore storylines in the Zuldazar zones through The Final Seal. This includes The Throne of Zuldazar, The Dark Heart of Nazmir, Secrets in the Sands, a Bargain of Blood, and The Final Seal.