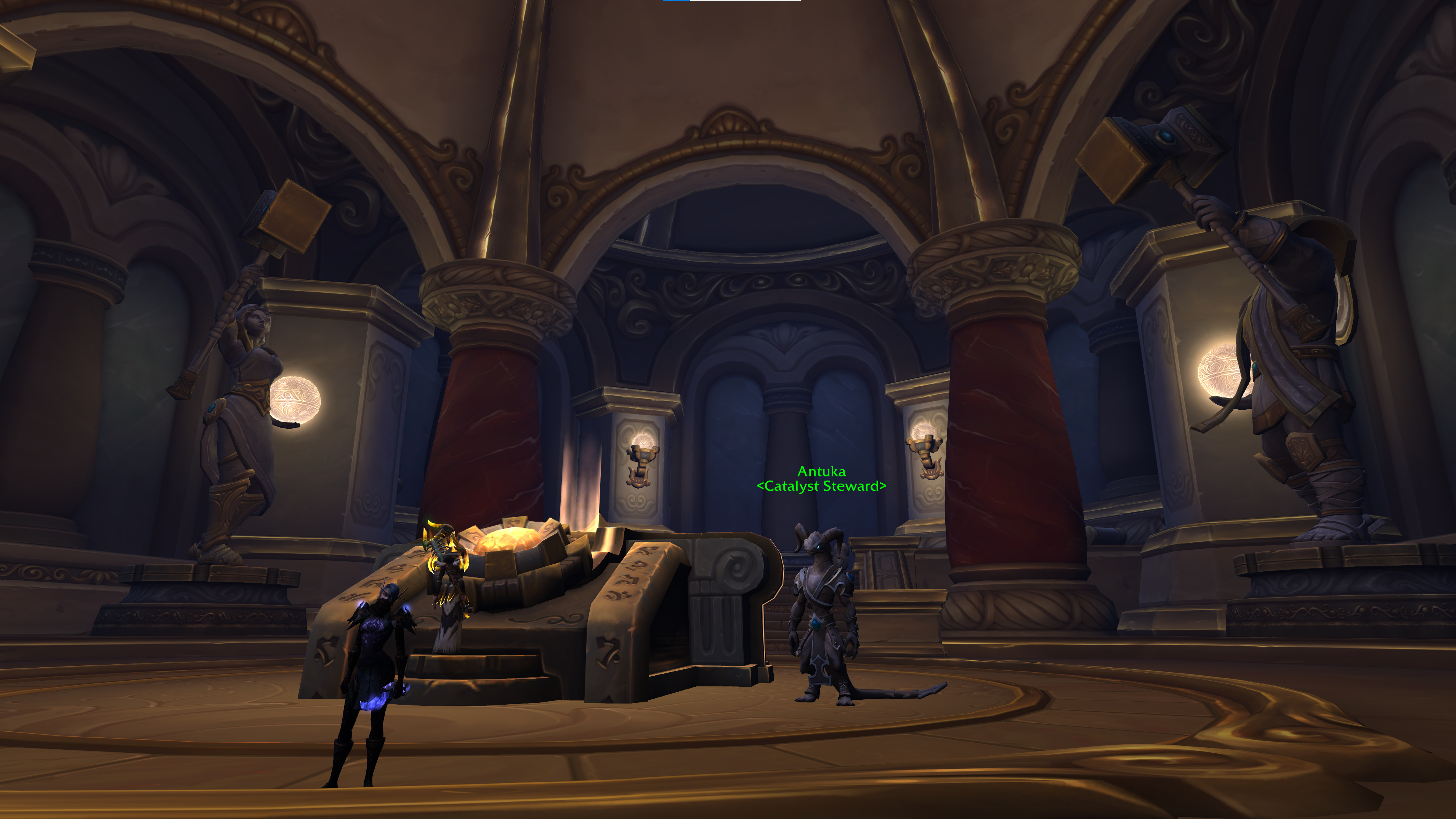 The Revival Catalyst is one of the most useful tools added to World of Warcraft: Dragonflight with the launch of Patch 10.0.5. The Catalyst allows you to change any slot-appropriate piece of gear into a tier-set piece, so long as you have a charge for the Catalyst available on the character you want to use it on.

Mythic+ dungeons and individual raid bosses will move the bar forward by 25 percent each, while the world boss will grant 20 percent completion for the quest’s progression.

Related: WoW Dragonflight Revival Catalyst guide: How to use it, all gear you can convert, and more

After completing the quest, you’ll be granted one charge of the Revival Catalyst per character on your account.

One Catalyst charge per account or one per character?

The progress you make on the quest to unlock the Catalyst and earn a charge for the week is account-wide, which means the charges you receive will be account-wide. If you want to take down the world boss on five different characters to quickly fill up the bar, you have the luxury of doing so.

Related: Where to find the Revival Catalyst in WoW: Dragonflight

Alternatively, you can fill up the progress bar for the Revival Catalyst’s weekly quest solely on one character. You don’t have to log into an alt and use them to help fill up the progress bar to make sure they get a charge. If you complete the weekly Revival Catalyst quest on one character, all of your other characters will have a charge waiting for them when you log in on them.

You won’t have to worry about deciding which character to use your Catalyst Charge on because each character on your account gets one per week. So, if you have a small army of alts that all need to catch up on their tier-set progress, the Catalyst gives them the opportunity to complete their four-set.