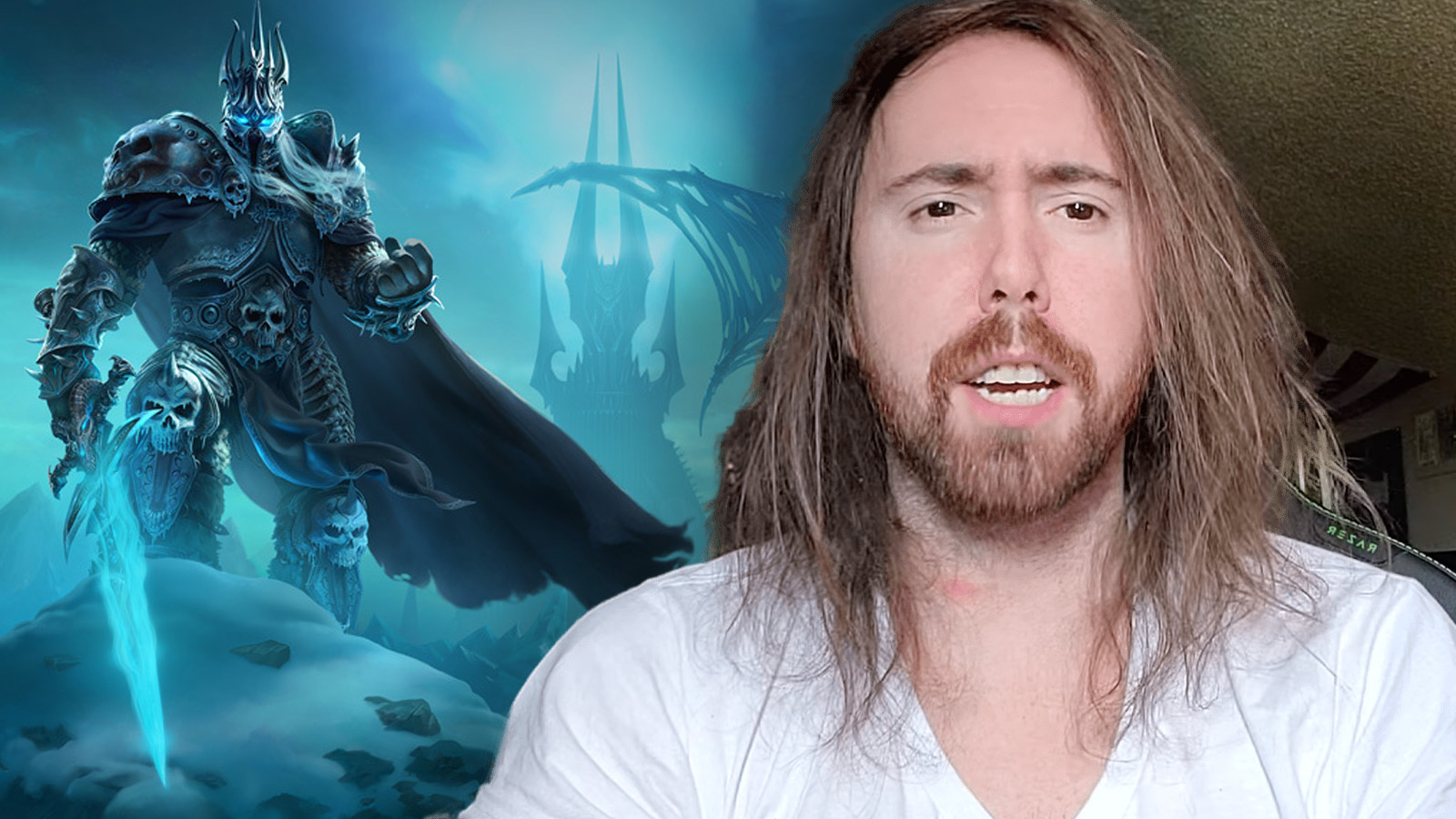 Image via Blizzard and Screengrab via Asmongold on YouTube

Even though it’s one of his favorite World of Warcraft expansions, Asmongold wasn’t planning on playing Wrath of the Lich King Classic for more than a few weeks because he figured he’d get bored.

It’s what happened when Burning Crusade Classic released. He had a blast for about a month, but once the initial hype and nostalgia wore off, he started losing interest and moved on.

But, after dabbling in the WOTLK Classic pre-patch, he enjoyed it a lot more than he thought and can now see himself playing it for longer than he planned.

The first thing he loved about it is that his class (Warrior) is more enjoyable to play because there are more ways to customize talents and gear, and it packs a punch compared to previous expansions.

The second thing is he started on a fresh WoW Classic server with shorter queues and has been able to enjoy the experience of starting at the same place as everyone else and leveling up with them all over again.

So, depending on how long that fresh feeling lasts, he could be in for the long haul, especially because he also plans on rolling a Death Knight to go with his Warrior.

WoW Wrath of the Lich King Classic is set to release on Sep. 26. It’s widely considered to be one of the best expansions ever made, and will likely draw many MMO veterans back to the game over the next few weeks.

At first, it didn’t seem like Asmongold was going to be one of them. But now that he’s had a taste of some of the things it has to offer, his WoW opinion has been swayed.