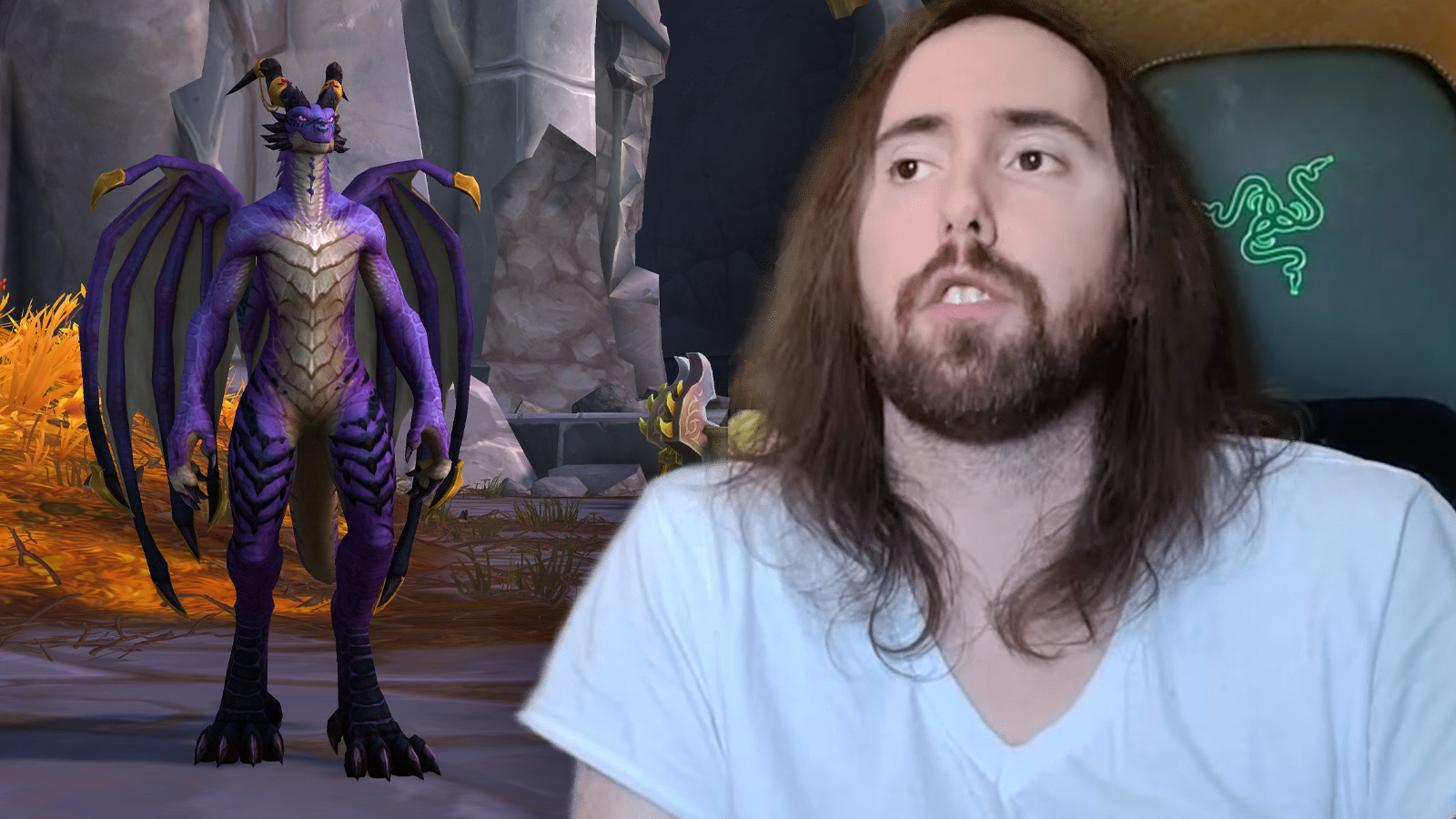 Image via Blizzard and Screengrab via Asmongold on Twitch

Asmongold was once the most dedicated World of Warcraft streamer on the planet, but the MMO veteran has been disenfranchised with the series for a while now, largely due to the way it’s been handled.

The outspoken streamer has been vocal about how Blizzard has handled raiding in the past and even accused them of mismanaging previous expansions in other ways, insisting it’s nothing new.

For that reason, he wants them to take their time on the Dragonflight expansion to ensure it doesn’t fall short of the mark like its predecessors, and he thinks reworking raiding should be at the forefront of their agenda. Otherwise, they risk losing players.

“I really think that WoW needs to reevaluate, on a fundamental level, the way this game plays and the way raiding plays. Because, in my opinion, I think they’re killing the game,” he said during his Twitch stream on July 31.

As a seasoned player, he believes the number of WoW fans playing Burning Crusade: Classic compared to retail proves raiding is less forgiving and more time-wasting than it used to be, and people don’t like it.

“The raids are way too fucking hard,” he proclaimed. They’re massively punishing in a way that they didn’t used to be, and on top of that, you have to waste a bunch of time doing other bullshit.”

“People don’t have the time to do that. They have to double their time investment compared to any other game. It’s insane. So, they need to completely reevaluate the way they do raids. I hope they do it for Dragonflight.”

The solution, in his view, is to add much-needed quality of life features to raiding like allowing players to respawn in front of bosses, adding summon stones, and preventing food buffs from disappearing upon death.

“These are very simple and very easy solutions,” he added.

“It’s not like you have to reinvent the game. You don’t need a massive patch for this. Just make the game a little bit better, and players will appreciate it.”

If something like that doesn’t happen, Asmongold fears the same aversion will persist and, in turn, will cause the player base to diminish more than it already has.