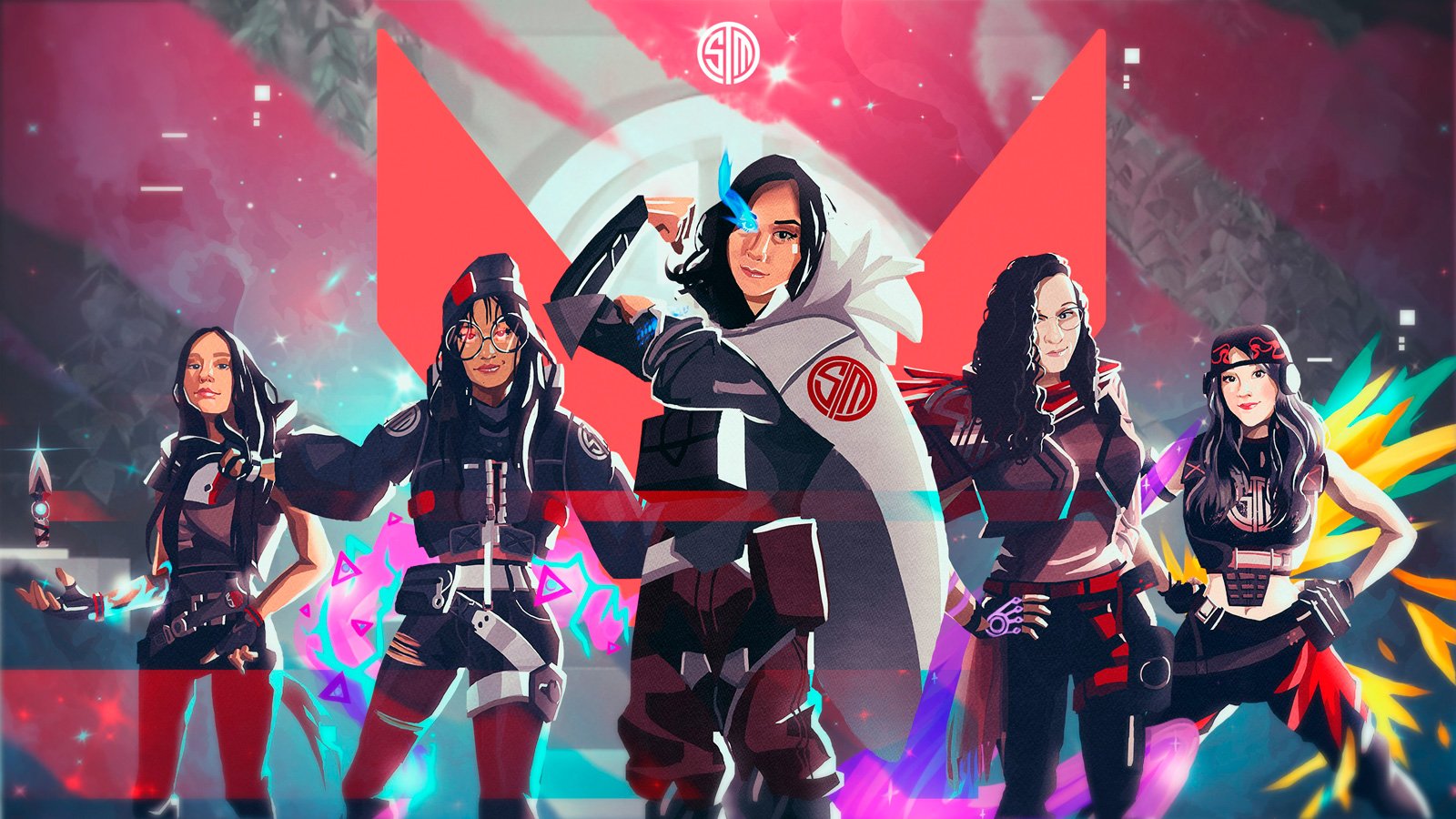 The women’s VALORANT scene is growing more and more exciting by the day. Just a couple of days after the transcendent CLG Red brand announced that it’s jumping into VALORANT, one of the most iconic NA esports brands has done the same.

Catherine “Cath” Leroux, Katherine “LunarKats” So, Emily “mle” Peters, Zoe “Zoe” Servais, and Mirna “Athxna” Noureldin make up the newly announced TSM VALORANT women’s roster. Cath has been named the “veteran leader” for her extensive championship experience in CS:GO with CLG Red and Dignitas, while Athxna will be the team’s in-game leader.

TSM was one of the first organizations to jump into the professional VALORANT scene in May 2020 when it signed the mouseSpaz roster. That team was a consistent fixture at the top of NA VALORANT in 2020, culminating in a grand finals appearance at First Strike. Their only hiccups have come recently at VCT after failing to qualify for Masters One.

The Game Changers series is a new initiative set to supplement the VCT, focusing on creating “opportunities and exposure for women and other marginalized genders.” Since that announcement, both Moon Raccoons and CLG Red have announced all-female rosters to compete at Game Changers—and now TSM has joined the mix.

TSM joins Cloud9 as the only two prolific organizations to house both men’s and women’s VALORANT rosters. Evil Geniuses announced a mixed roster back in late January.

The TSM women’s roster will make their debut in the VCT Game Changers open qualifiers on March 19.