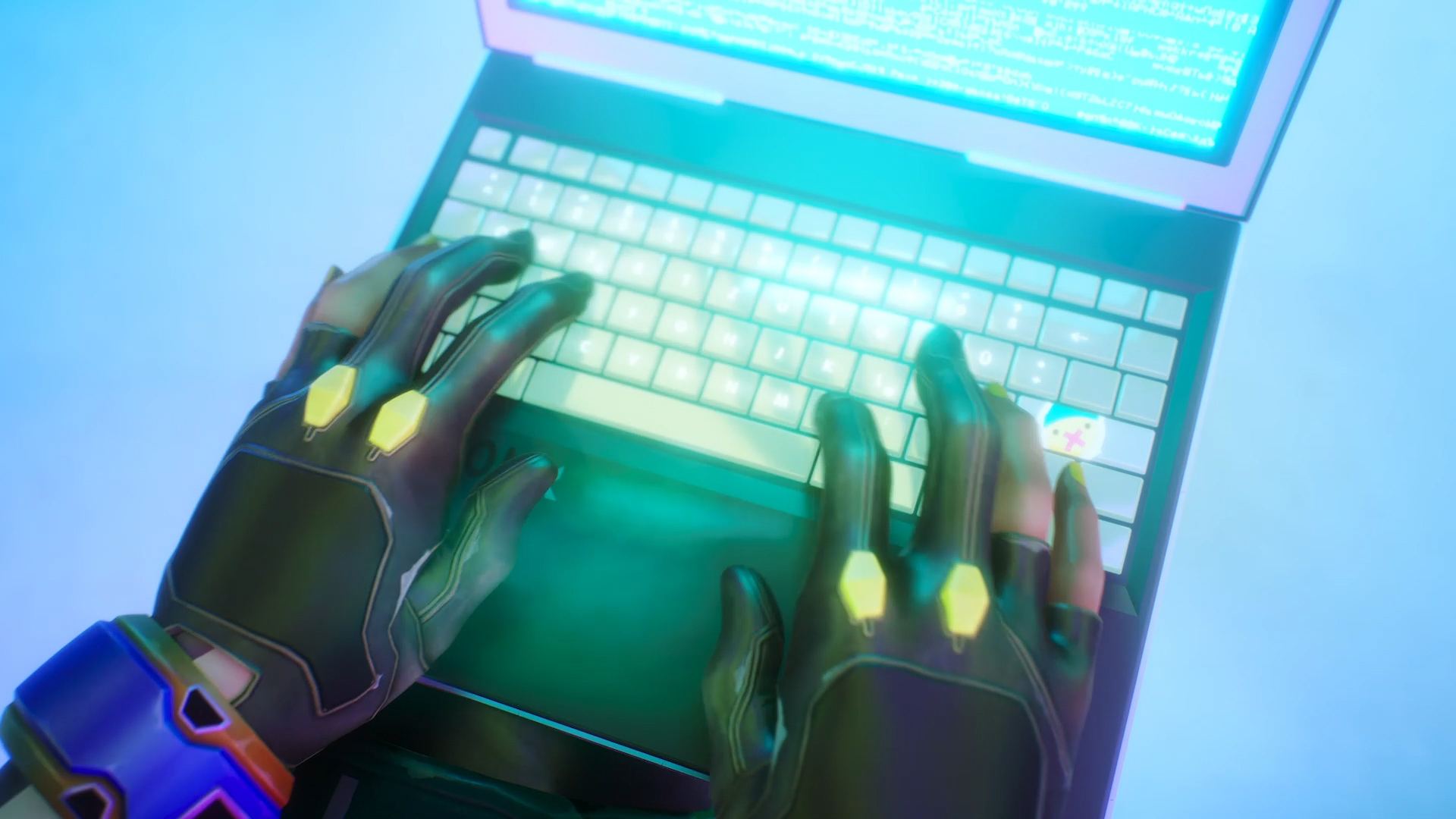 Many people consider these leaks to be a confirmation that Killjoy is going to be the next agent hitting the battlefield. “Wer ist sie” means “who is she” in German, which corroborates reports that the next agent would be a female German tech.

Each teaser image showcases one of the agent’s leaked abilities as well. The first picture looks like the icon for either her Nanoswarm Grenade ability, while the second picture is a close-up look at her deployable turret. The third image is another close-up, but this time it’s of her deployable Alarmbot.

The final image is a look at Killjoy’s hands, which are mostly covered with gloves, except for her ring finger and pinky. The blue device on her left wrist is where she chooses which ability to activate.

Killjoy hasn’t been confirmed by Riot yet, but there have been many Easter eggs scattered around the map Split. It’s unknown when the new agent will be released, but VALORANT‘s second act is set to drop on Tuesday, Aug. 4. That means fans might get some answers in the next week.