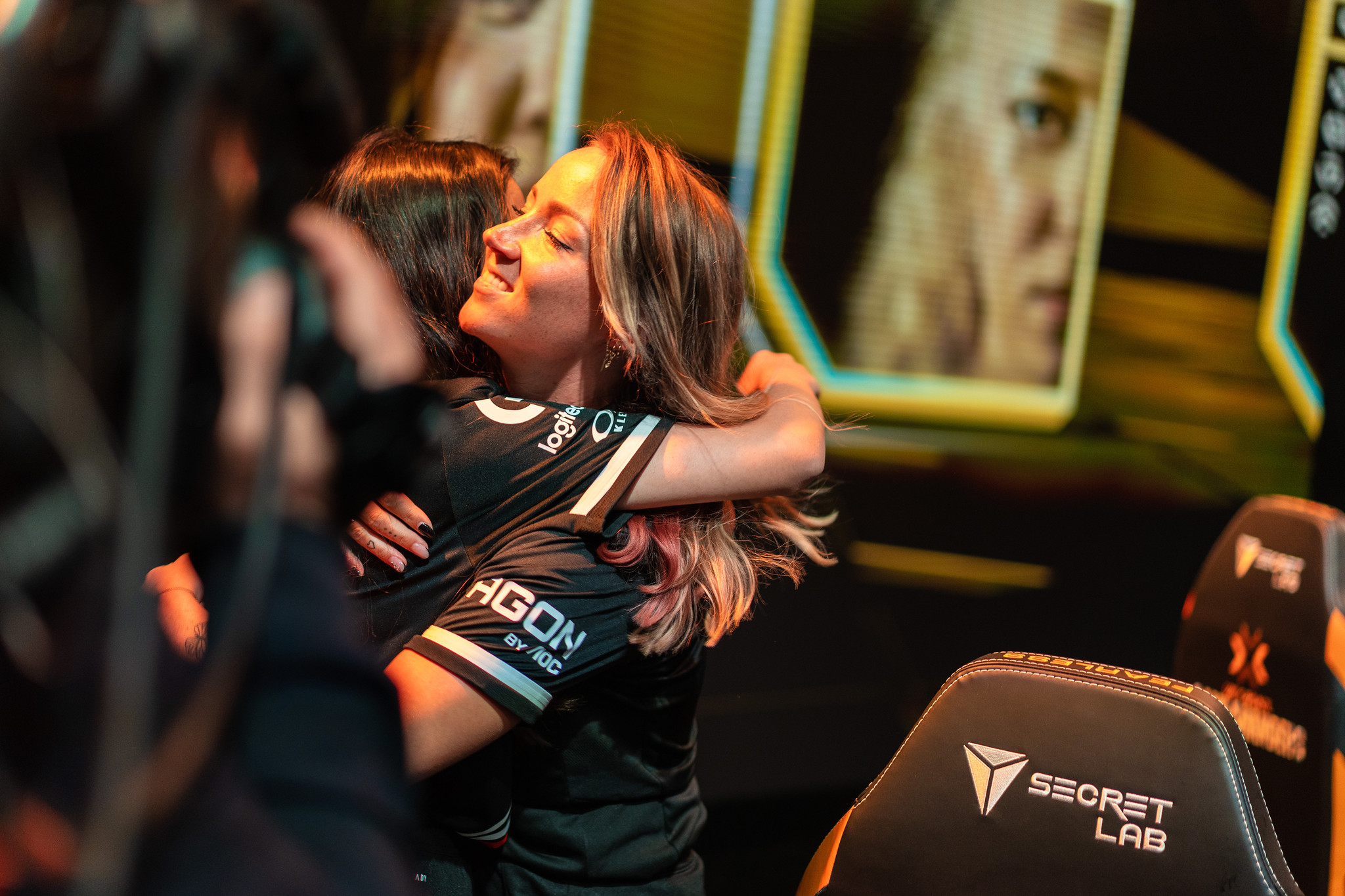 G2 Gozen’s international debut couldn’t have started better at the VCT Game Changers Championship in Berlin. After a completely one-sided win over X10 Sapphire, they met the seemingly unstoppable queens of NA in Cloud9 White and claimed victory with wins on Breeze and Pearl.

The core of the G2 roster, consisting of Petra Stoker, Michaela “mimi” Lintrup, and Julia “juliano” Kiran, is a time-tested trio in both VALORANT and CS:GO, with around a decade of professional experience each. The group is flanked by two relatively new talents making their LAN debuts: Maryam “Mary” Maher and Anastasiya “Glance” Anisimova. Both women, in particular the 16-year-old Mary, have impressed early.

“I am really impressed with how they are playing,” Petra told Dot Esports following the G2 team’s win over C9 White. “They’re cool, they’re doing their thing, they’re not stressed out, and I’m so proud of them.”

Petra in particular has been blown away by Mary’s playmaking abilities despite her young age. “Her mechanics are amazing. She’s only 16 years old, and she’s going to be the best of everyone. 100 percent. It’s amazing.”

During the EMEA Game Changers Series III event, in which G2 locked in their spot at the Championship in Berlin, Mary primarily played the initiator role with agents like Skye and KAY/O. But in Berlin, G2 has swapped her over to Chamber to make better use of her mechanical prowess. Petra explained that Mary took on the departing Zaaz’s roles early, but that it “didn’t suit her style” the way that the freedom of playing Chamber allows for.

While Mary’s stats on Chamber aren’t eye-popping, she’s held her own in some key rounds, and she’s not had to be relied on too much with mimi and Glance playing exceptionally. Glance, whom Petra had high praise for as well, has been exceptional after day one, posting the highest kill-assist-survive-trade rating with 85 percent after day one.

Looking ahead, Petra expects to run into familiar foes in C9 White and Guild X again in the bracket but believes G2’s superior “reading and adapting” will see them through.