Ninja is one of the most well-known gamers around the world. Like every other big name in the industry, VALORANT’s gameplay seeming and he hopped on to the bandwagon.

Though Ninja exploded in popularity after the release of Fortnite in 2017, his professional gaming history started in 2011. Ninja was a professional Halo player for teams like Liquid, Evil Geniuses, and Luminosity Gaming. He then moved onto playing in battle royale games, like H1Z1 and PUBG, and won a couple of tournaments that were both a statement for his skills and valuable stage experiences.

It doesn’t matter what game Ninja plays, once he grasps the basics, he can turn into the deadliest player in any lobby.

If you’re looking to adapt his playstyle in VALORANT, copying Ninja’s settings can be a great idea before you eventually decide to dye your hair. His settings won’t magically turn you into a mini-Ninja, but you should be able to relate to his gameplay more and learn faster by watching his streams. 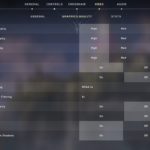 Most veteran tactical-shooter players prefer lower sensitivity rates, which makes tracking a bit easier. This causes them to make up for the loss of speed with wide mousepads and long-distance arm movements that can become tiring.

Ninja’s mouse settings feel like a perfect balance between having high sensitivity and a low one. These settings should make aiming easier for anyone that trusts their aim after a small getting used to the period.

These settings may feel slower than they should be if you’re using a heftier mouse, however. Ninja uses Finalmouse’s Air58 gaming mouse, which, at 58 grams, is one of the lighter mouses.

Ninja’s keybinds are quite similar to the default layout. The only notable adjustments are his ability keys, where he prefers using one of his mouse buttons, which frees up some space on his keyboard.

His “C-Mouse Button 4-E-X” ability layout allows him to have his index finger on his ultimate and first ability keys while he can quickly cast his third spell with his middle finger without moving around his hand that much.

While most professional players prefer playing on the lowest settings to reduce clutter and have higher frames-per-second (FPS), Ninja enjoys finer details of VALORANT.

The main reason he can afford to play in the highest settings is his graphics card, an NVIDIA GeForce RTC 2080 TI. He also uses a second setup for streaming, freeing his PC the much-needed CPU performance needed for a smooth gaming experience.

Having a crosshair setting you’re comfortable with is a key to becoming a sharpshooter in VALORANT. A good crosshair must be easily visible and in a size that it doesn’t block off any critical information.

Ninja prefers the color of Cyan for his crosshair. He also turns off his Movement and Firing Error settings, which indicate where your bullets can potentially go when you’re performing such actions. While keeping them on can be a great idea if you’re just starting to play VALORANT, they’ll eventually become unnecessary as you get familiar with each gun in the game.