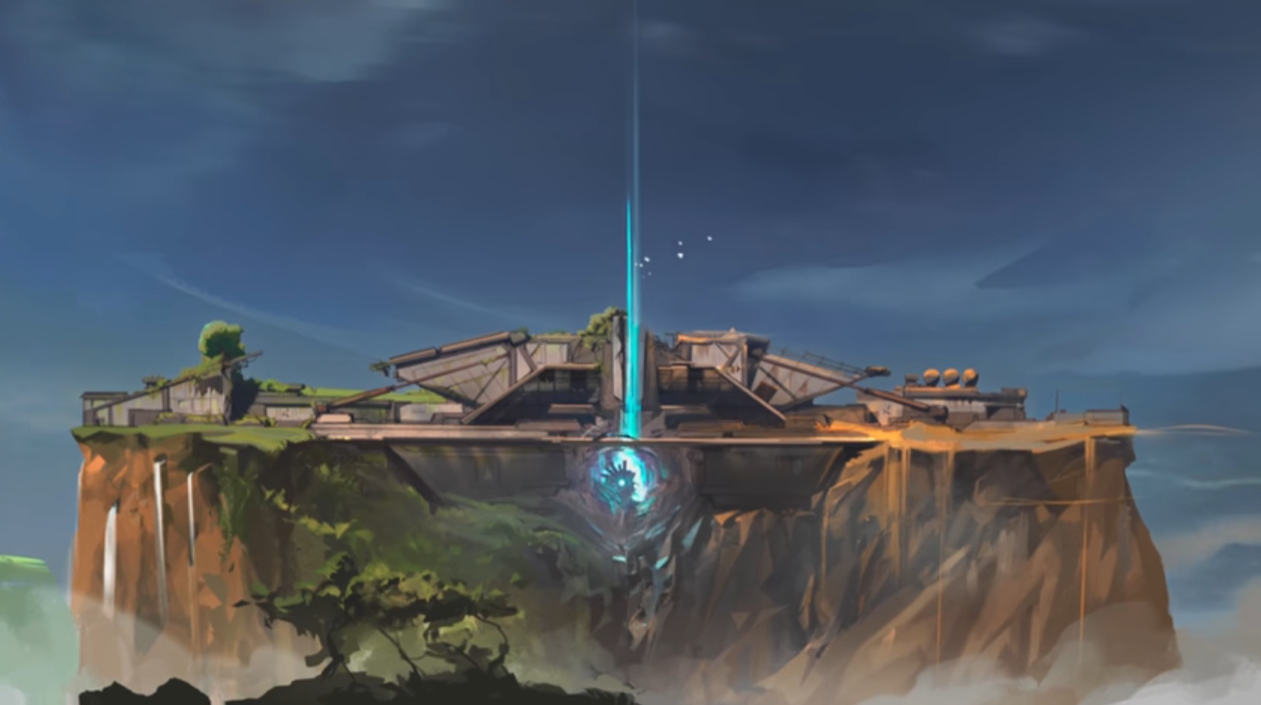 Lore enthusiasts believe an Episode Three battle pass player card, Testing Grounds, hints at a new map that may release later in the episode. And today’s trailer seems to reinforce that theory, providing a closer look at a floating island that boasts both green and desert landscapes.

Theorycrafter Disturbo analyzed the landscape, hypothesizing that the island features a deteriorated Kingdom facility. There’s also something glowing at the center of the island, with Disturbo believing it may be an object or meteor that crashed into the ground. This same glowing object seemingly appears in the Episode Three: Reflection cover art.

Lore enthusiast Cynprel assessed the Testing Grounds player card last week, explaining that a radianite hazard symbol hints that the energy source is present at the location. With mirror agents attacking Earth-1 to steal its radianite store, the doppelgängers may have set their sights on this facility.

Cynprel also noticed a new character appearing several times in today’s Year One Anthem, which potentially alludes to an upcoming agent. The figure is skinny and well-dressed with glasses, holding a large weapon in one hand. This same character also appears in what looks like concept art at the 38-second mark.

Riot has yet to confirm any of this information, but it’s not a far cry for VALORANT developers who tend to litter videos and cosmetics with teasers for upcoming content.