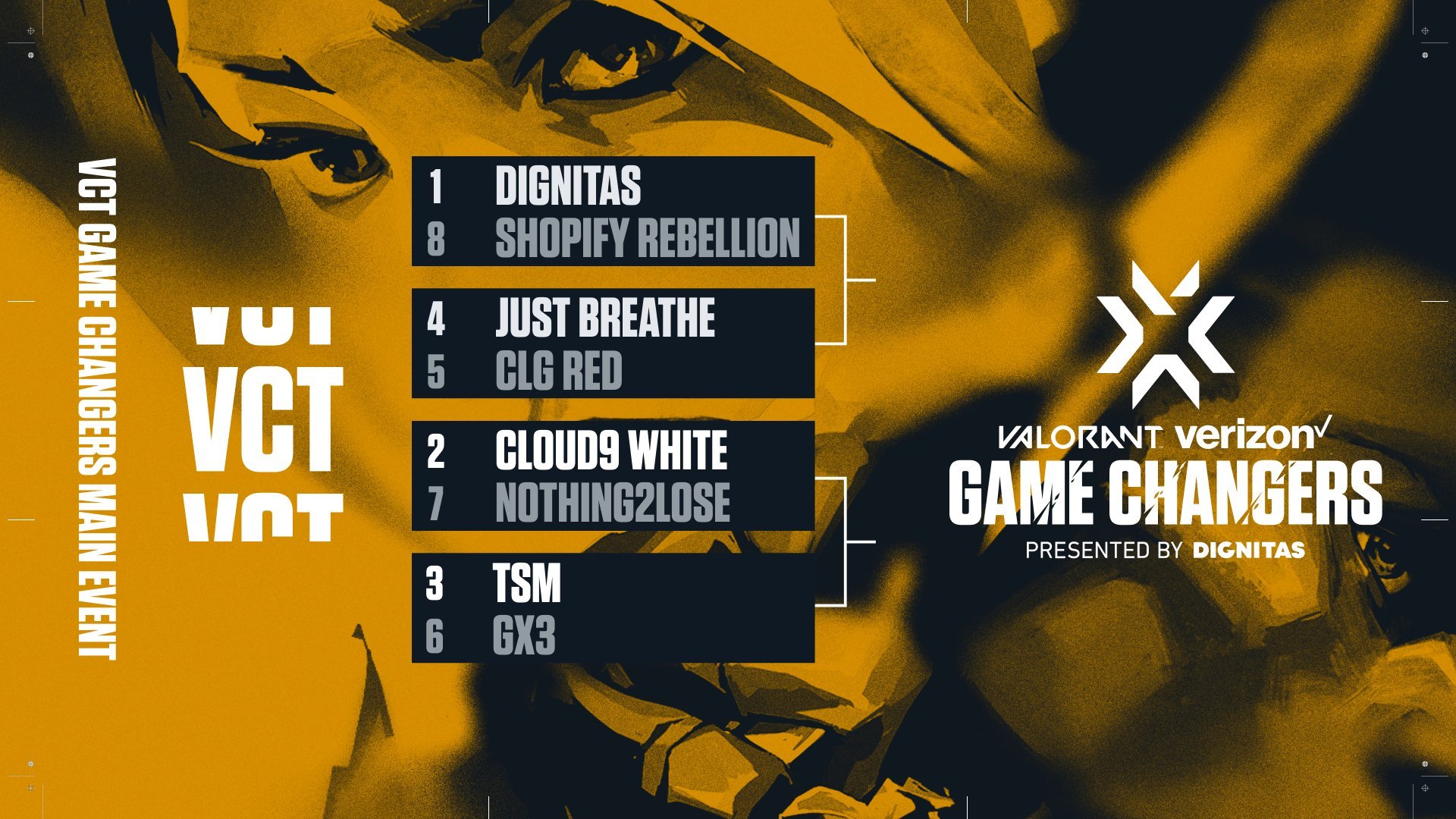 After a grueling double-elimination open qualifier, eight women’s VALORANT teams have qualified for the second VCT Game Changer Series, beginning on Thursday, June 24. The best women’s teams in North America will duke it out over four days in another double-elimination bracket with $50,000 on the line.

The VCT Game Changers initiative was officially announced in late February as a supplementary competitive environment of the VALORANT Champions Tour designed to create opportunities and exposure for women and other marginalized genders within VALORANT. In the first VCT Game Changers Series, Cloud9 White dominated the competition, running through the upper bracket of the main event without dropping a single map.

Here’s everything you need to know about the VCT Game Changers Series Two main event.

The action will be primarily streamed on the official VALORANT channel.

But during the first two days, several matches will take place concurrently. Thus, the event will use a secondary stream via the VALORANT Esports NA Twitch channel.

The matches will also be streamed on the Dignitas (primary) and RaidiantGG (secondary) Twitch channels. Additionally, several notable streamers are co-streaming the event, including TSM Myth, 100T Kyedae, QuarterJade, MissHarvey, and many more.

The eight teams will compete in a double-elimination bracket, with seeding determined by final placements in the open qualifier as well as map records. This will be the first official Riot-supported event where Breeze will be part of the active map pool, other than the open qualifier for this event.

All matches will be best-of-three excluding the grand finals, which will be a best-of-five. The upper bracket winner won’t have a one-map advantage at the beginning of the series. Game Changers Two will use the new map pick-and-ban format introduced for Stage Three of the VCT. Each team will ban one map and pick another, with the higher seed getting to pick sides on both maps. The third map will be the highest voted remaining map based on a pre-event rankings vote from all the teams.

All times are in CT and are subject to changes or delays.

Gods can bleed. Cloud9 White finally lost a Game Changers map after 15 straight between Series One and the Series Two open qualifier. They lost the opening map of their upper bracket series against Shopify Rebellion, the former Moon Raccoons Black roster from Series One. But C9 White rallied with two straight dominant maps on Bind and Ascent to secure a top seed in the main event. Shopify rallied with their own reverse sweep in the lower bracket final round against the Gen.G Female roster.

Most of the field at Game Changers Two consists of familiar faces from the first series: C9 White, Shopify Rebellion, TSM Female, Dignitas Female, and CLG Red. NOTHING2LOSE head into the main event with both LunarKats and ARIANARCHIST, the former TSM Female player and the player who filled her spot on trial when LunarKats and TSM parted ways. They’ll have a daunting task ahead of them when they face C9 White in the opening round.

So far, Breeze has not been too impactful during the event, having only been picked three times during the open qualifier. But it could be an ace up the sleeve for Shopify Rebellion, who went 2-0 on the map. CLG Red also claimed a victory on Breeze.

KAY/O won’ be active during the event and the matches will be played on Patch 2.11, meaning no changes to weapon or ability prices. Patch 3.0 will be the active patch for the start of VCT Stage Three.