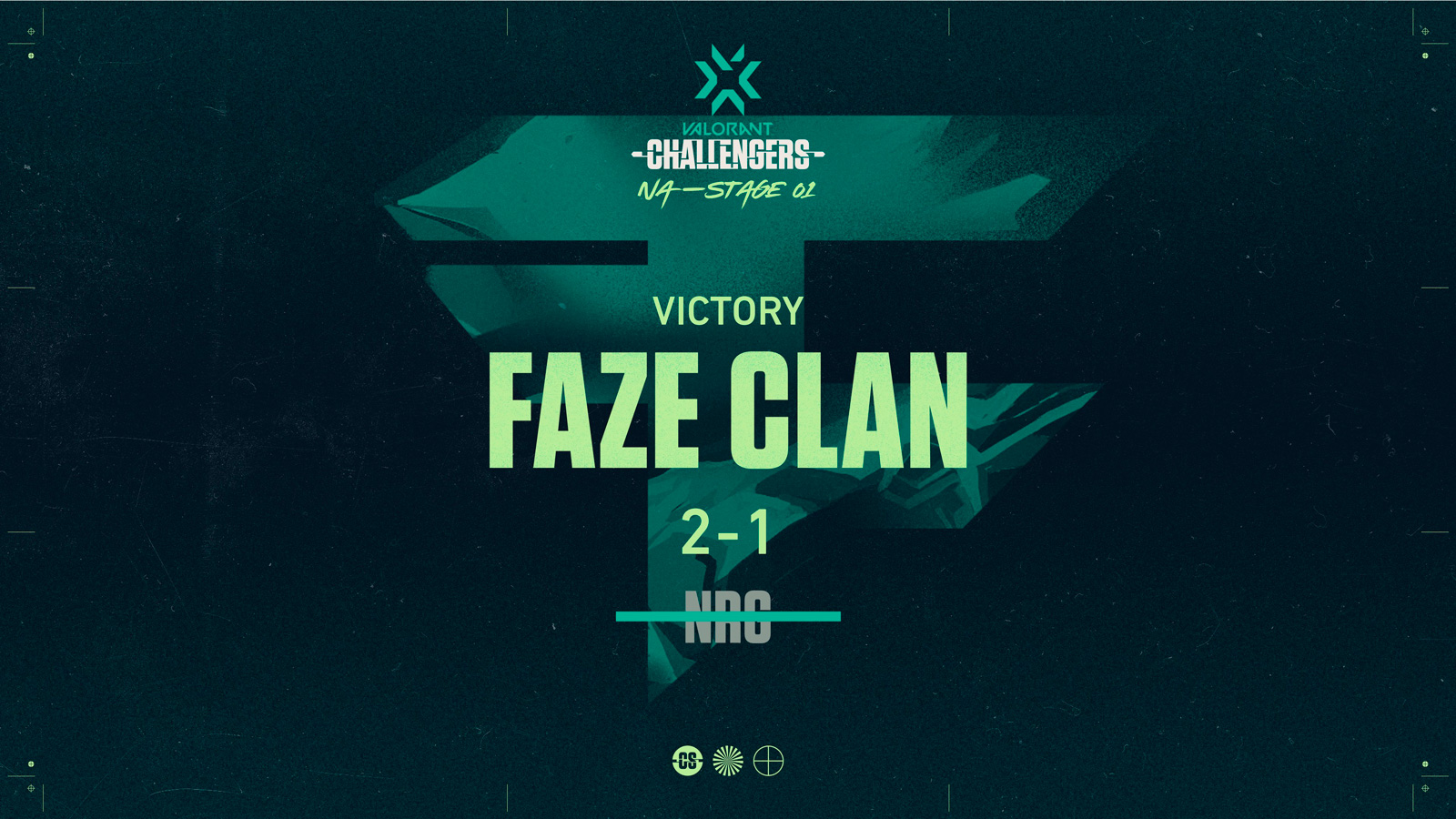 FaZe Clan took down NRG Esports 2-1 today in the upper bracket of VCT NA Challengers Three in a wild series full of highlights and map pick steals. With this win, FaZe’s VALORANT team have secured their spot at NA Masters One.

FaZe came out swinging on NRG’s pack pick of Bind, jumping out to a dominant 9-3 lead at halftime. They pushed their lead to 11-3 before NRG began a late, desperate comeback, but FaZe held it off to steal map one 13-9. Corey Nigra was explosive on Raze, producing a 301 average combat score from 23 kills and 204 damage per round.

But NRG answered back with their own dominant first half on FaZe’s map pick, Haven. They led 10-2 at halftime before FaZe began their own comeback. But just like in map one, the comeback stalled at the end and NRG forced a third map by taking Haven 13-10.

On Ascent, FaZe jumped out to another big lead at halftime before NRG started another comeback. NRG’s Bradley “ANDROID” Fodor carried the load for his squad with a 29-kill performance on Phoenix. But it wasn’t enough to overcome Andrej “BABYBAY” Francisty on Jett. He had 31 kills over only 17 deaths, 248 damage per round, and an unreal ACS of 403. FaZe won Ascent 13-10 to secure the series victory.

FaZe join Luminosity in Masters, in addition to the field that qualified via Challengers Two. NRG will have one last shot at Masters against Gen.G.