Slated as the first official competitive tournament of TFT Set Seven in the North American region, organized gameplay was broken up into four days and two weekends. Additional tournament days were added to the Cup tournaments within the NA Dragonlands roadmap, providing more opportunities to players. Each player qualified to compete in the Cup tournaments is eligible to earn Qualifying Points that can turn into invites to the Mid-Set Finale and Regional Finals.

Bonus points were also added to the format, rewarding players who make the cuts each day. Similar to Set Six, there are three Cup tournaments throughout the Dragonlands set for NA players. The Mid-Set Finale is scheduled to take place from Aug. 19 to 21.

Here are the top 32 TFT players who advanced to the second half of the NA Astral Cup tournament from July 9 to 10, according to Wisdom. 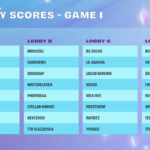 The top 32 players from the first weekend of the Astral Cup competed with the 32 who had byes during the third day of competition. Players competed in six games, with lobbies getting reseeded every two rounds. Only the top 32 from day three of the TFT Astral Cup advanced to the final day. Bonus qualifier points were awarded to the top 12 NA players who advanced to day four. 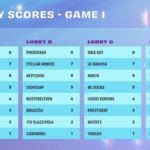 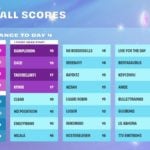 Heading into the final game Astral Cup game of the day, tournament newcomer Rainplosion dominated lobbies, along with TacoBellWifi, Phoenixaa, and DQA. Also in a comfortable position to advance to the final day were Rayditz, Milk, Dace, Dishsoap, Souless, Noobowl, and Nostereleven.

Here are the top 32 NA players who advanced to the final day of the TFT Astral Cup: 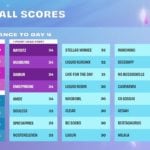 A total of 32 NA players advanced to the final day of competition with invites to the Dragonlands Mid-Set Finale on the line. Players competed in five games with only eight players advancing to the top eight playoff rounds. Two more rounds were played with the top four earning a direct invite to the Mid-Set Finale. 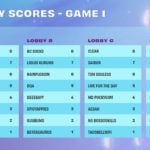 After two rounds, Milk sat atop the leaderboard, followed by Milala, Saibur, and Clear. Milk dropped slightly after game three, with TSM souless taking over the number one spot. 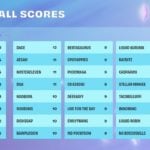 Points carried over from the first five rounds as the top eight players competed in another two games to determine the TFT Astral Cup champion and the top four players to earn direct invites to the Dragonlands Mid-Set Finale. 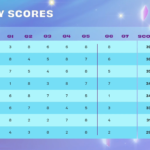 Advancing to the NA Mid-Set Finale were BC Socks, Luquin, Aesah, and TSM Souless after finishing in the top four of the TFT Set Seven Astral Cup.