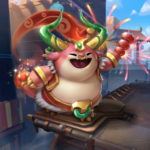 The Mid-set update in Teamfight Tactics, Fates: Festival of the Beasts, contains a total of five Little Legends with various skins.

Scheduled to release on Jan. 21 with patch 11.2, Set 4.5 will contain powerful returning champions and new traits. Players can also get excited about new skins for Little Legends. Set Four featured Choncc, Ao Shin, and Umbra—elevating Little Legends to a whole new level. Choncc will return in Set 4.5, along with Bellswayer, Dumpling Sprite, Furyhorn, and Shisa.

Each of the Set 4.5 Little Legends will be available for purchase in the TFT store and may appear in the Festival of Beasts pass. Skins are Lunar revel and beast, with each having three tier levels. Dumpling Sprite is the only Little Legend with its own skin, likely because it’s free within the Set 4.5 pass.

Prices of the Fates: Festival of Beasts Little Legends have not been released by Riot at the time of writing, but they usually range between 750 and 925 Riot Points. Players can increase a Little Legends tier level with Star Shards, with a price of a bundle ranging from 625 to 5,000 RP.

Here are the TFT Set 4.5 Little Legends and their skins:

Choncc has a Lunar-revel and beast skin, each with three tiers, for a total of six appearances. 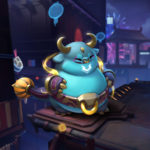 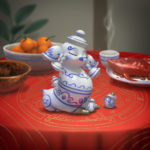 Furyhorn is a Grumpy Lion with a Lunar-revel and beast skin, each with three tiers, for a total of six appearances. 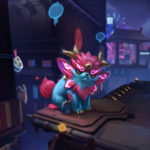 Shisa has a Lunar-revel and beast skin, each with three tiers, for a total of six appearances. 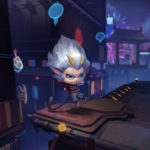 There is only one skin released for Dumpling Sprite at this time.

Players can obtain the new TFT Set 4.5 Little Legends on Jan. 21. The Fates: Festival of Beasts Little Legends can also be acquired in PBE, in which players are awarded Riot points just for playing matches.