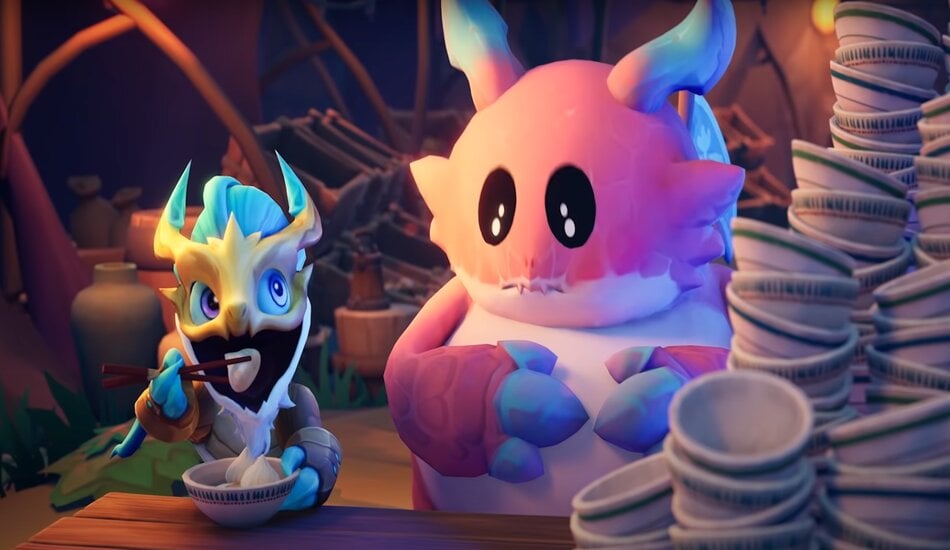 Each of the Little Legends dragons in Teamfight Tactics’ Fates has been able to shine among a growing number of avatars, bringing players together through the universal sounds of music.

Little Legends were the first customizable feature in TFT, containing simple background art and basic emotes as a tool of expression. Since the autobattler’s launch, the number of these adorable and fierce avatars has grown from six to 28—pushing the team to new boundaries through music and splash art. From the beat of Choncc’s belly to guitar rifts from Ao Shin and Umbra, the three new dragons in TFT stand out from the pack through musical skills and style.

Set Four’s animator, Paul Jarvis, came up with the idea of a jam session involving the three Little Legends dragons. The TFT animator had “been sneakily pushing to do something musical with Little Legends” for some time, Jarvis told Dot Esports. Music has been incorporated with individual Little Legends a couple of times in the past, but this is the first time players can coordinate an impromptu rockfest by simply emoting.

“Music is universal and there’s something really satisfying about commanding your character to do something rhythmic in a game,” Jarvis said. “I spent a weekend composing a tune and quickly roughed in some really basic animations to match them and pitched it to the team.”

Choncc playing the drums on himself was a foundation of the interlude—followed by Ao Shin on guitar—which eventually led to some experimentation. Jarvis tested out Umbra playing a keytar, along with other instruments like a trumpet and even chiptunes. The experimentation left the band without a “cohesive sound,” prompting Jarvis toward using only electric guitars and drums.

“I actually tried really hard to not immediately go with a rock band, but that’s just how it naturally evolved,” Jarvis said. “Choncc was kind of the foundation of the whole thing because I thought it would be really cute for them to play drums on themselves and early on we thought it would also be cool to have Ao Shin do an electric guitar shred for an emote, so I paired the two ideas together and spent some time trying to find a third instrument that went with them.”

Collaborating with sound designer Oscar Coen, the Little Legends band began to take shape. Coen was a principle guitarist at the Berklee College of Music in Boston, performing and recording the guitar licks for Ao Shin and Umbra. He then added a timpani drum for Choncc’s belly and the band came to life.

The team quickly realized during PBE testing that coordinating impromptu jam sessions was a bit more complicated than anticipated since the dragons sounded more like an elementary school band warming up than a true rock band at the hand of players pressing emotes. To help players coordinate their Little Legends, Jarvis added a visual cue that consisted of a circle decreasing in size—similar to a lead singer or band director counting down the beats to start.

Dragons in a rock band have certainly been a hit with TFT players, but their overall design began long before the creation of Fates, associate producer of Little Legends Karl Abad told Dot Esports. The team went through “a ton of iterations and different species designs” prior to knowing what the set was going to be.

Once a spirit theme was solidified for TFT Set Four, the Little Legends team was able to bring Ao Shin, Umbra, and Choncc to life—with Choncc as the “cuddly and adorable” one garnering the most attention. It was UI illustrator Fortune who suggested Choncc as a pink dragon—proudly claiming, “it’s the best thing I’ve ever contributed to Little Legends.” 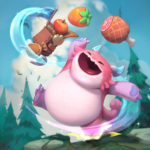 And while pink is unequivocally an adorable color on Choncc, Fortune’s contribution toward Little Legends art goes beyond suggesting foundation colors. Fortune was brought on by Riot to “upgrade” TFT splash art and evolve Little Legends beyond the original philosophy of being “simple and straightforward.”

Due to the number of Little Legends in each set, early versions typically had a solid background to prevent the artists from becoming “overwhelmed” and “dying by the time you finish painting the last one.” But under Fortune’s supervision, the team began to incorporate a League of Legends splash philosophy during the Spirit Blossom festival, moving toward a Little Legends splash art that’s typically applied to champions and skins.

“I’ve tried to push them as much as possible,” Fortune said. “Like with this set [Fates], we have backgrounds for all of the dragons.”

Splash art backgrounds, in conjunction with core designs from concept artists like David Ko, have turned Ao Shin, Umbra, and Choncc into some of the best Little Legends released since Set One. Players can obtain any version of the TFT Fates dragons, with the exception of legendary versions, by purchasing their one-star versions in the Riot store. And thanks to the new Star Shard system within Set Four, players no longer have to crack eggs to upgrade their favorite Little Legends.

A ton of work went into the Set Four Fates dragons and the Little Legends team is ready to outdo themselves once again with Set Five in 2021. From more musical interludes to sharp splash art and detailed design, an evolution of Little Legends in TFT is just getting started. And perhaps one day players will be able to acquire a dragon plushie in the future. The TFT Little Legends team certainly hopes so and has already put dibs on Choncc.