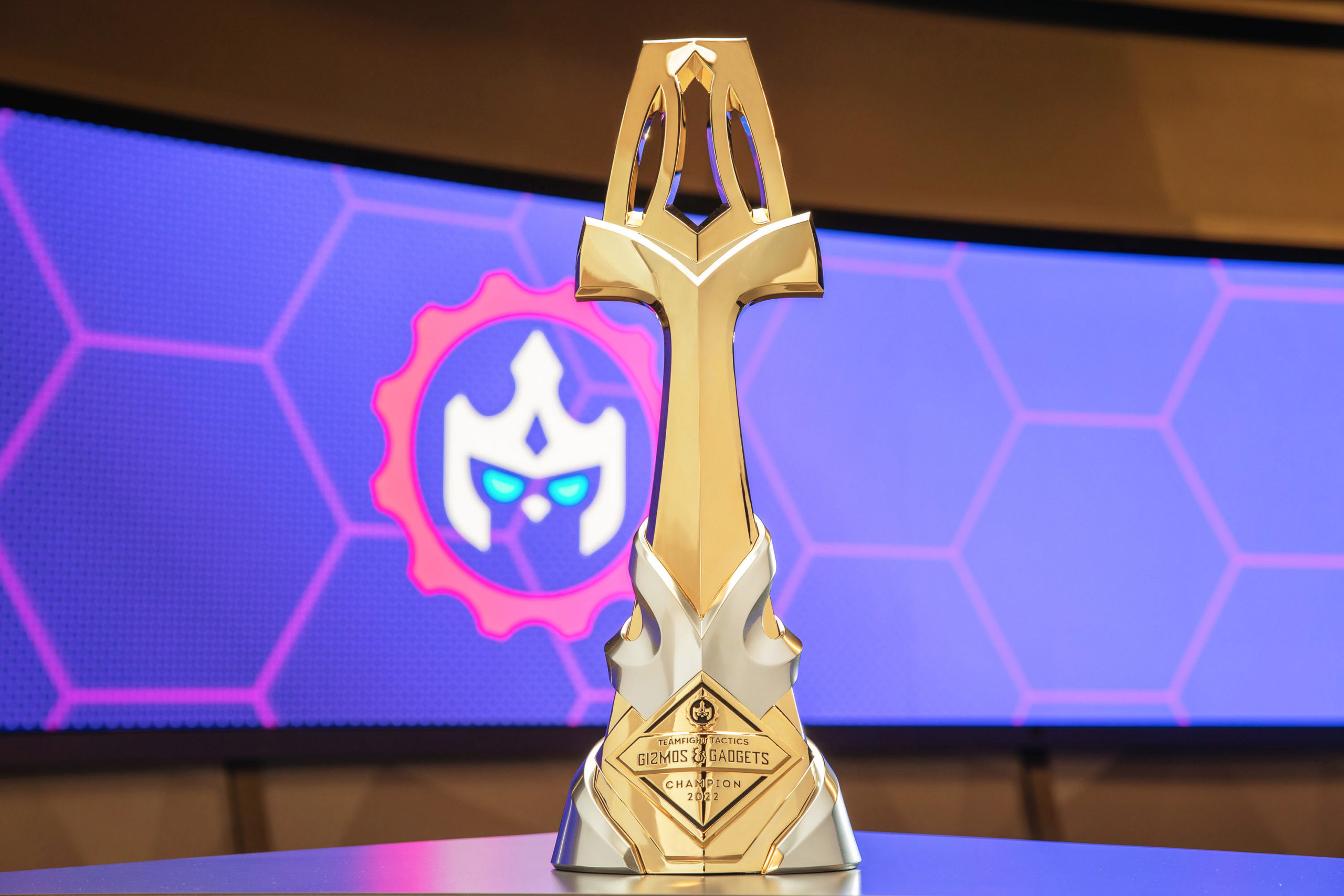 A total of 32 of the best Teamfight Tactics players from around the globe will compete in the Gizmos and Gadgets World Championship, featuring a $300,000 total prize pool and three days of intense competition.

Scheduled to take place from April 29 to May 1, the Gizmos and Gadgets World Championship will showcase 32 players from eight regions, with the winner taking home a giant golden spatula trophy and $48,000. Plated in 24 karat gold while highlighting silver-plated accents, Riot Games revealed the sweet championship trophy today, paying homage to the infamous TFT spatula.

Only one player will take home the golden spatula and earn the title of TFT Worlds champion, with the competition beginning at 4am CT on April 29. Players will compete in a total of six games during the first two days, with lobbies rotating every three games. Only 16 of the 32 will advance to day two and day three will showcase the top eight.

Fans can watch all the action unfold via the Teamfight Tactics Twitch channel starting at 4am CT on all three days. This is the first TFT Worlds to feature 32 players, with Riot increasing the prize pool and number of players per region in Set Six. Two additional qualifying tournaments were also added to the schedule, providing more opportunities for players in Asia and the Western regions.

The EMEA region will have the most representation at the Gizmos and Gadgets World Championship, featuring a total of six players. China has five representatives, followed by North America, Brazil, and Korea with four.

Related: Everything about TFT 6.5 Gizmos and Gadgets World Championship

Players from each region will bring their own unique styles of play, building what they believe to be the best TFT comps. Everyone competing at the Gizmos and Gadgets World Championship will take home a portion of the prize pool, but only one will earn the golden spatula trophy and the Worlds title.