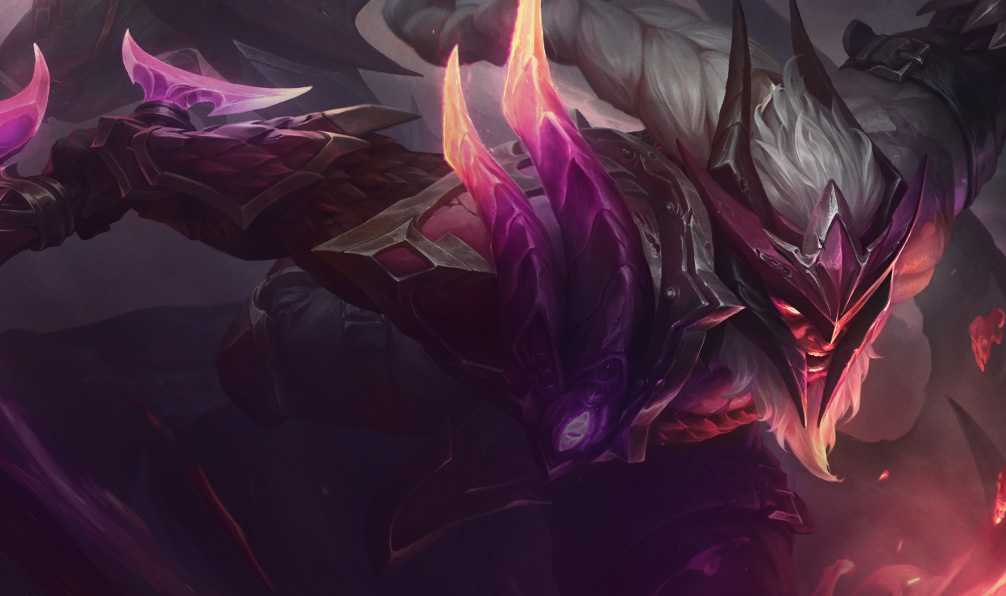 One-cost Chosen champions took a back seat to four-cost Chosen units in what’s being called the TFT Set 4.75, Patch 11.4 meta. System changes to Chosen units, in conjunction with a number of re-roll trait nerfs, resulted in a shift of strategy, with top Elo players transitioning to best comps at level eight. The top TFT builds to play within the Patch 11.4 meta, according to a Reddit post by Wrainbash, are Legendary, Olaf Slayer, and six DragonSol. GrandVice8 (GV8) also ranked Olaf and DragonSol at the top in his Morning Meta Report, adding Fabled to the list of S-plus tier TFT comps.

Transitioning has become a core component in playing TFT once again with the release of Patch 11.4. Players win-streaking are leveling to eight on stage 4-5, rolling down for four-cost Chosen units like Olaf, Aurelion Sol, and Aatrox. On average, players are hitting level eight and rolling down no later than stage 5-1. Players then have the option of building their best final board, or going fast-nine to pick up a five-cost Chosen for a Legendary build.

Legendaries are the top TFT comp once again but are challenging to hit. Players will reap massive rewards for hitting a strong five-cost Chosen, but can also bottom-four if being greedy. The safe and standard strategy revolves around transitioning to the strongest board at each stage while building items for a final and completed comp. Top-picked items from the first carousel are typically Rod or Glove.

There are two builds to Olaf Slayer: Flexible three Slayer and six Slayer. Six is optimal but Flex can show out too with a Chosen Swain or Morgana for two Syphoner. Best-in-slot (BIS) items on Olaf are still Runnan’s Hurricane and Deathblade. Depending on the lobby, Guardian Angel, Last Whisper, Dragon’s Claw, and Infinity Edge are solid third options. And should players high roll a two-star Samira, Olaf’s items transfer right over.

Tryndamere is a solid second carry, utilizing similar items to Olaf. Three Olaf Slayer can top four but needs a Morellonomicon on a two-star Morgana, in addition to a two-star Swain. Sivir is an optional holder for utility items like Zeke’s Herald and Chalice of Power, while Sejuani and Aatrox utilize items like Shroud of Stillness and Redemption.

Escaping any major nerfs, the Dragonsoul trait in conjunction with Aurelion Sol three Mage is a powerful comp worth building. Asol, Shyvana, Olaf, and Morgana are the preferred four-cost Chosen units while Aurelion Sol and Shyvana are the primary and secondary carriers. Similar to Slayers, DragonSol can also utilize Olaf and three Slayers with a five-cost Samira on the board at level nine.

Fabled is back following individual buffs to Nautilus, Neeko, and Cho’Gath. Vanguards also received some help with a buff to two-star Aatrox and two-cost Braum. Neeko three was nerfed but is still strong in conjunction with three-star Nautilus. Fabled champions are still often overlooked, making it ideal at times to risk rolling for the three-star units at level seven.

Neeko is the primary carry with BIS items such as Jeweled Gauntlet and Infinity Edge. Optional third items are Hand of Justice, Guardian Angel, and Blue Buff. Nautilus is the secondary carry utilizing defensive items like Dragon’s Claw, Sunfire Cape, and Hextech Gunblade. Mystics round out the top TFT build with Yuumi utilizing Chalice of Power and Sejuani with Morellonomicon.