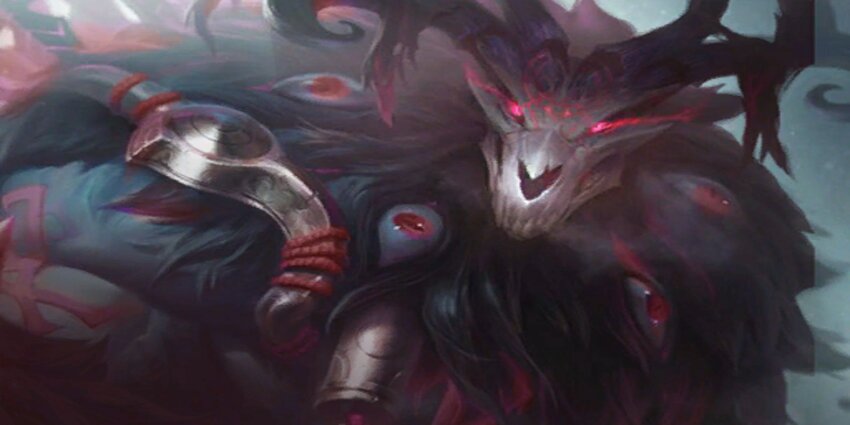 Reroll Teamfight Tactics strategies take a back seat in Patch 11.12, making room for strong trait synergies and carries at levels eight and nine.

Patch 11.12 nerfed two-star reroll carriers like Hecarim and LeBlanc while also reducing crit damage, shifting the TFT meta toward late-game builds like Invokers and comps using chase traits. Yasuo, Draven, and Karma have stood out in the Patch 11.12 meta thanks to the power of their traits. Nocturne has stepped up as one of the last successful reroll carries, despite the nerfs to the Assassin trait. Varus is still around but not worth the reroll since Kayle is typically a better option in the late-game stages.

A majority of top-ranked players are shooting for Legendary and Invoker builds at level nine after win-streaking with traits like Forgotten, Redeemed, and Renewers in the early and mid-game stages. Here are the best TFT Set Five comps to win with in Patch 11.12 based on data from MetaTFT and expert gameplay opinions from Wrainbash, GrandVice8, and bebe872.

Invoker champions have always been strong. But with the majority of three-star reroll comps failing to hit the finish line in Patch 11.12, Karma has retaken her place among the strongest carriers in TFT. The four-cost Invoker had her mana-lock increased from 1.25 to 1.5 and her mana reduction per cast reduced. This has resulted in her no longer needing Blue Buff as a primary item, according to bebe872, who recommends using bows for speed in conjunction with one defensive item.

Invoker and Dawnbringer are the two primary traits within the build. Supporting traits include Revenant, Brawler, and Renewer. Karma is the primary carry who can still pop off with items like Shadow Jeweled Gauntlet and Infinity Edge, according to Wrainbash. Shadow Deathcap is also an option.

Secondary carriers are Dawnbringer Garen and Invoker Teemo. Defensive items like Warmogs and Dragonclaw are ideal for Garen, while Teemo wants Shadow Hand of Justice and Guardian Angel. Deathcap and Shadow Jeweled Gauntlet are also strong options for Teemo.

Nightbringer is one of the most flexible builds in the TFT Patch 11.12 meta. The combo of Nightbringer and Dragonslayer is still strong, while Skirmishers/Mystic and Nightbringer/Ironclad work well too. Yasuo is still the primary carry but no longer needs to reach three-star. Ideal BiS items for him are Shadow Hand of Justice and Guardian Angel. RapidFirecannon is still strong, as is Runaan’s Hurricane. Using one of those bows for a Guinsoo’s Rageblade on Aphelios might be a better option, though, depending on the lobby meta.

Mordekaiser is the secondary carry with four Dragonslayers while Morgana is strong throughout the mid game with six Nightbringers. Aphelios is an alternate option if you’re in possession of an abundance of swords. Riven works well as an early and mid-game carrier for the items, shifting over to Aphelios for the late game.

Skirmishers were given a buff in TFT Patch 11.12, making a three-star Pantheon an option as a carry if a player high-rolls a number of him within their shop. Pantheon also has the Dragonslayer trait, making him extremely powerful with four Dragonslayers as a three-star unit. Jax can carry his weight too with the three Skirmisher trait activated, if all other options fail.

Draven has returned to the Set Five meta, using Forgotten during the mid game and a hodgepodge of Reckoning traits during the late game. Solid items for Draven are Bloodthirster (or Shadow Bloodthirster), Shadow Infinity Edge, and Last Whisper. A giant Slayer is also an option, depending on the number of Warmogs being used on other builds within the lobby.

Similar to Yasuo Nightbringer/Dragonslayer, Mordekaiser is the secondary carrier. Diana is a solid carry who still uses Frozen Heart well while also causing excess damage with Morellonomicon. Ryze can use Blue Buff in given Tears during the PvE rounds and Shadow Hand of Justice works nicely on Viego, with Katarina using it during the early and mid-game stages.

Renewers increased to a possible six with the addition of chase traits in Patch 11.12. In conjunction with the nerf to crit damage and a buff applied to Archangel/Archdemon’s Staff, Renewers has become a powerful TFT Set Five comp. The build can win streak hard, allowing players to fast nine and use strong late-game units.

Slap a Shadow Warmogs and either Archangel or Archdemon’s Staff of Vladimir and he becomes practically invincible throughout the early and mid-game stages. Garen is a strong addition during the late-game stages with a Renewer emblem, now easier to hit with the addition of Bonus Armories.

Heimerdinger is a solid secondary carry, especially at two-star. Guinsoo’s Rageblade speeds up his casts so he can ult earlier, while Shadow Hand of Justice provides that extra power boost and its healing. Teemo is another strong late-game champion to add, alongside Volibear for two Invoker synergy.