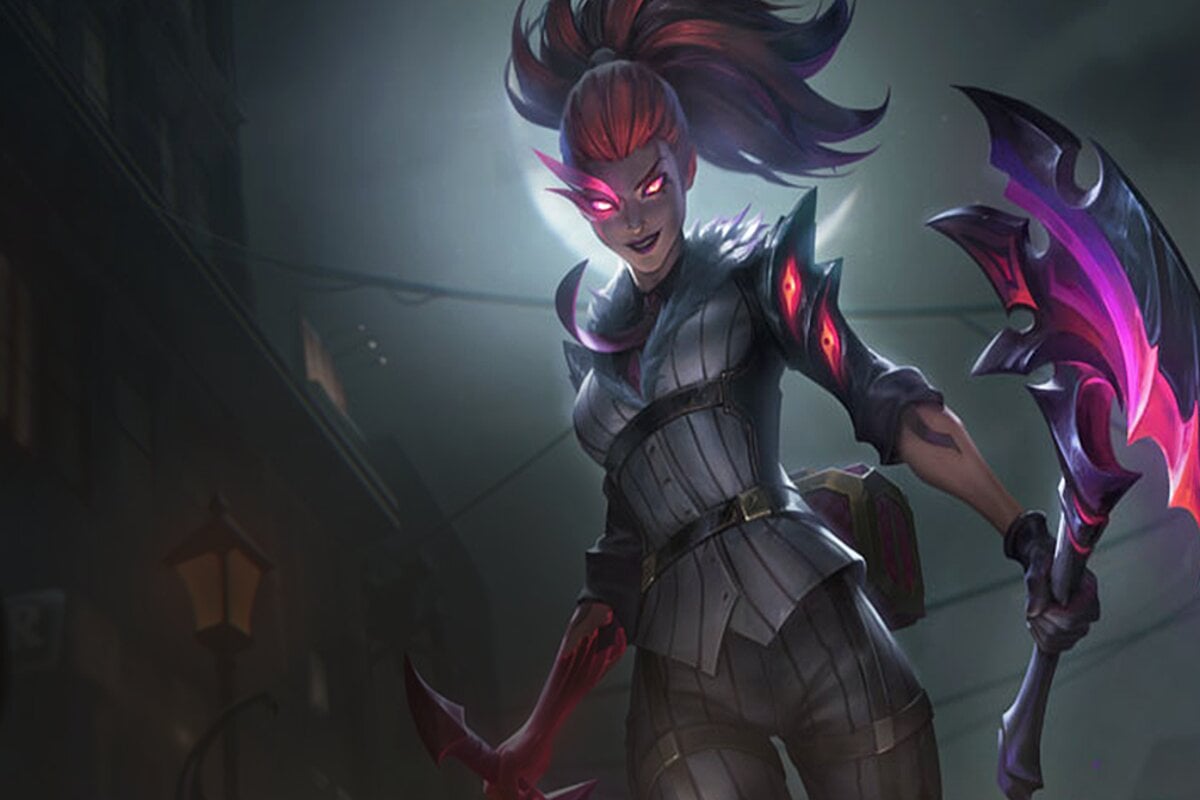 Significant Teamfight Tactics balance changes made within Patch 12.1 have created opportunities without nerfing any of the best comps into the ground.

Nerfs were applied to Urgot, Kai’Sa, Socialite, and Yone within TFT Patch 12.1, leaving the trait and champions still viable within the meta. Trait changes were also applied to Hextech Augments, adjusting to the meta. A decrease in power level has created new opportunities for TFT comps like Katarina Assassin, Syndicate Assassin, and Samira Challenger, while Chemtech Urgot, Sniper Jhin, and Arcanist Lux remain viable.

From Chemtech to Sniper, here are the best TFT 12.1 comps, according to wrainbash, Subzeroark, and bunnymuffins.

A nerf was applied to Urgot within Patch 12.1 that changed every third attack from his spell to count as a basic attack when it was previously every second attack. The balance change decreased the damage output from TFT Set Six items like Runnan’s Hurricane, Statikk Shiv, and Guinsoo’s Rageblade.

Despite these changes, Urgot remains a viable carry within a five Chemtech build. The four-cost Twinshot champion still works with Guinsoo’s Rageblade and Runnan’s Hurricane but is better with options like Guardian Angel, Last Whisper, and Infinity Edge. Tahm Kench and Dr. Mundo are solid secondary carriers. The Hextech Augments to watch for include trait Augments for Chemtech and Bruiser, along with Knife’s Edge.

Once the worst Set Six champion, Shaco is thriving within the Syndicate Assassin TFT comp alongside Braum and Akali. It’s a reroll build with a goal of three-starring Shaco. Using Twisted Fate in the early game as a carry maintains health. And a three-star Shaco can tear an enemy’s team apart with items like Last Whisper, Runnan’s Hurricane, and Infinity Edge. Depending on the lobby meta, players should consider Quicksilver as a third item option.

Braum dominates the frontline with items like Morellonomicaon and Warmog’s Armor. And a two-star Akali all but seals a top-two finish with items like Guardian Angel, Blue Buff and/or Archangel’s Staff, and Infinity Edge. Trait Augments can help the Assassin build, along with Weakspot, Phony Frontline, and Thrill of the Hunt.

With a number of attack damage-based comps getting toned down, Arcanist Lux is the best AP build within the TFT 12.1 meta. Players can choose to run either four or six Arcanist, with six being preferred. Lux is the main carry using items like Blue Buff to ramp up her casting time, along with items that increase her damage output like Jeweled Gauntlet/Infinity Edge combo, Deathcap, and Giant Slayer.

Vex, Taric, and Swain support and protect Lux on the frontline. Viktor is a solid addition to the comp during the late game stages, equipped with items like Blue Buff and Spear of Shojin to speed up his casting time. Vex is the preferred secondary carry with defensive items. A healing Hextech Augment like Celestial or Thrill of the Hunt can improve the TFT comp.

Jhin remains a solid TFT Set Six champion to build around, supported by a variety of champions that protect and boost his power levels. The primary go-to items here are still Last Whisper, Runnan’s Hurricane, and Infinity Edge. Depending on the meta, a Quicksilver should slot into the third item spot.

Braum is the secondary carry, holding down the frontline with defensive items. Sion is a solid choice, too. Orianna is the third carrier, providing support via items like Spear of Shojin, Archangel’s Staff, Jeweled Gauntlet, Morellonomicon, and Deathcap. Miss Fortune can also work as a third carry. The Hextech Augments to grab include either Sniper or Clockwork trait Augments and Weakspot.

Samira has typically performed best with four Challenger but is on the rise within the Imperial reroll TFT comp. Players can easily transition to a Challenger build, or a Talon reroll, providing a good amount of flexibility. The ideal items on Samira are Blood Thirster, Last Whisper, and Runnan’s Hurricane. But don’t miss out on potentially placing an Assassin emblem on Samira.

Sion is a solid secondary carry, protecting via the frontline and equipped with defensive items. And a Talon with a Frozen Heart can give Samira the edge she needs to tear up an enemy’s backline within the TFT Set Six 12.1 meta.