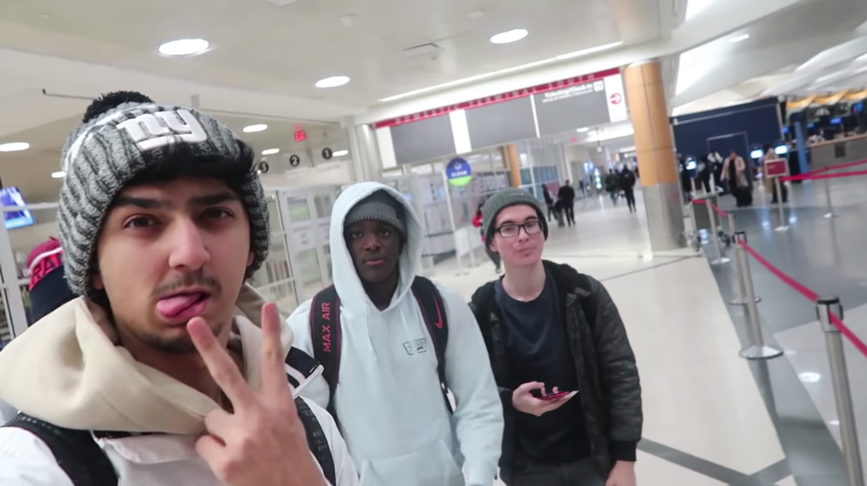 Twitch stream team and social media celebrities The Mob have officially signed with Matt “Nadeshot” Haag’s 100 Thieves. The four streamers will be moving to Los Angeles in order to further their careers as content creators for the organization.

The Mob consists of “Avalanche,” “Classify,” “Froste,” and “Mako.” They all have large followings on social media and decently-sized audiences on Twitch and YouTube. This isn’t their first rodeo with a professional organization, though. The team signed with SoaR Gaming in late 2018 and recently left its umbrella in March.

When they left SoaR, the team said they “will be exploring new options regarding the future of [The Mob] as a team and a community.” After today’s announcement, fans now know the decision that the squad made.

In December 2018, Avalanche, a personality especially known in the Call of Duty community, revealed his face to the public after five years of hiding it. His face reveal live on stream gained over 18,000 concurrent viewers on Twitch, according to Dexerto, which is a huge number for a livestreamed podcast.

Nadeshot has appeared on The Mob’s podcast and has a long history with the team. He cited this in his celebratory tweet regarding the signing, saying that from “moderating my Twitch chat in 2013 to now joining 100 Thieves in 2019, I couldn’t be more excited to work alongside this group of guys for many years to come.”

100 Thieves is “excited to help [The Mob] take their content to new heights and will be sharing more soon when they move to LA.”