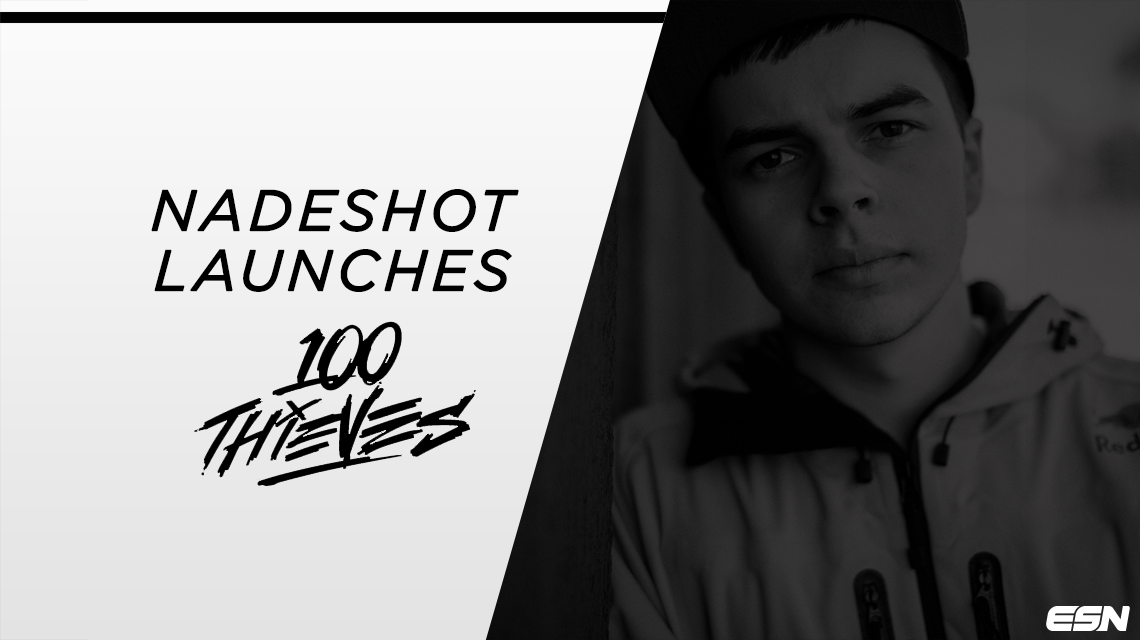 Matthew “ Nadeshot ” Haag, longtime OpTic Gaming member and face of Call of Duty eSports, has announced that he will venture out and own his own eSports organization: Hundred Thieves .

Many people expect this team to perform poorly, and critics even attribute their league spot to an unfortunate set of circumstances that caused Team Kaliber to play with a last-minute substitute player in their relegation match. Regardless of what people think, Nadeshot is confident in his team’s ability to win.

“I have the utmost faith and confidence that these guys are going to really make some noise in Stage Two,” Nadeshot said in his announcement video . “They have a fiery passion to prove everyone wrong.”

But this organization is about more than just Call of Duty. According to Nadeshot, Hundred Thieves will be expanding into as many eSports as appropriately possible. Specifically, Nadeshot listed off Counter Strike: Global Offensive, League of Legends and Dota 2 as possibilities, but he seems keen on introducing his new brand into as many eSports as he can in an effective manner.

“I want this team and this organization to scale organically and I want to do it the right way,” Nadeshot said. “I don’t want to do anything half-ass. I’m going to make sure I execute this the right way.”

In his time as a player for OpTic, Nadeshot was a superstar in the CoD scene. Early on, the team was not extremely successful, but they were always crowd favorites and Nadeshot was the man they cheered on. Once OpTic became a dominant force, Nadeshot stepped down from the team’s starting roster to allow their success to continue after a shaky performance at the Call of Duty Championship 2015 . Since then, Nadeshot has been involved in the ownership and management of the organization.

Fans may be wondering what this all means when it comes to Nadeshot’s part-ownership in OpTic. Well, so is Nadeshot. Right now, it’s unclear for all parties involved what Nadeshot’s relationship with OpTic will be from here on out, if there will even be a relationship besides his friendship with the members of his former organization.

“Honestly, we’re going to have to hurdle that issue when we get there,” Nadeshot said. “This opportunity came along so quickly that I really just had to jump on it.”

While the future of the organization is uncertain, the present is clear. Hundred Theives’ first CWL match will be tomorrow against Team SoloMid at 2 p.m. PDT, the first match of the entire season.

What do you think of Nadeshot’s decision? Will his organization succeed? Is picking up the King Papey roster a good plan? Let us know what you think in the comments below, or on our Twitter @eSportsNation and be sure to follow us to stay updated on all of your eSports needs.