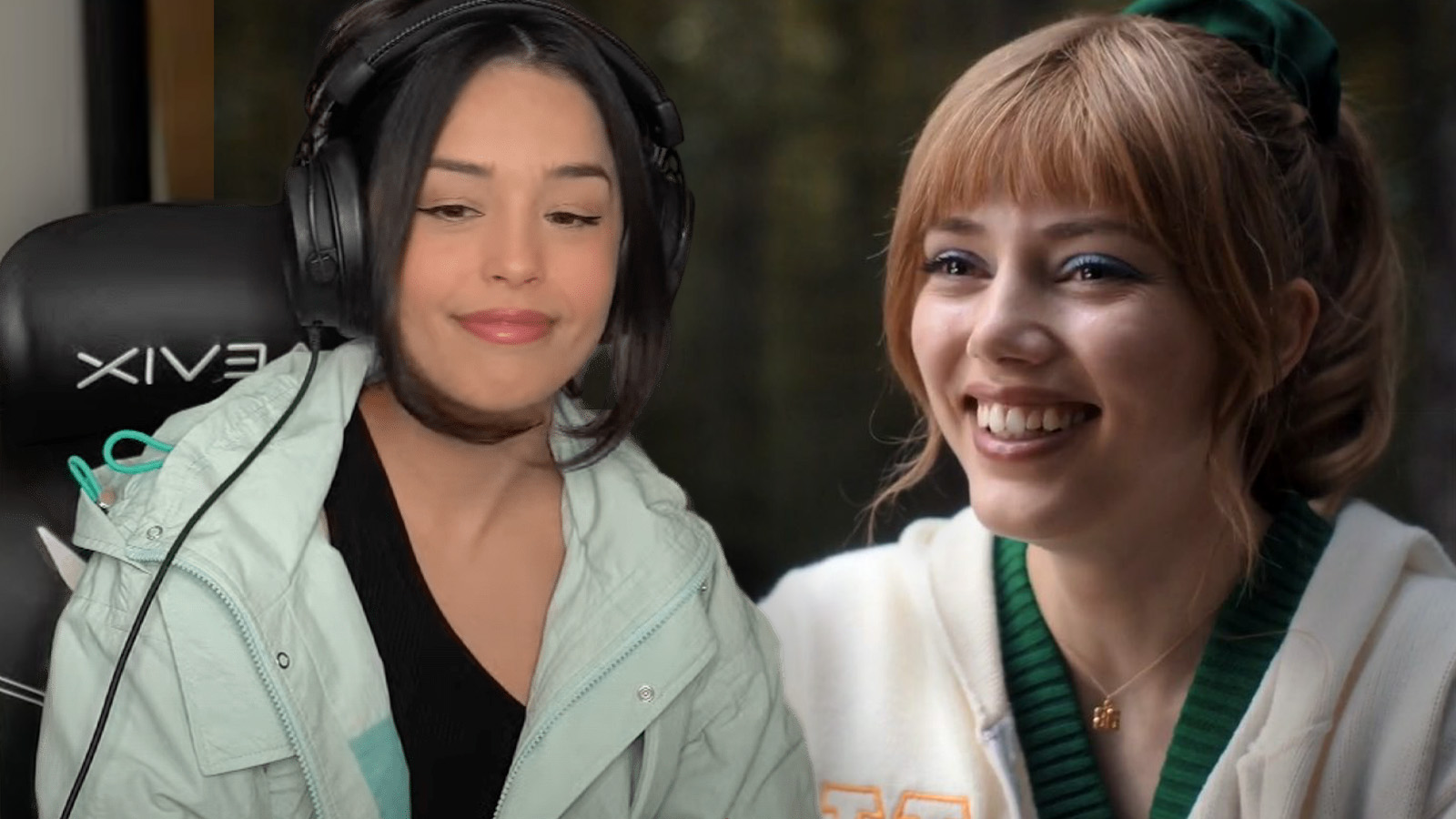 Screengrab via Valkyrae on YouTube and Image via Netflix

After teaming up with Rachell “Valkyrae” Hofstetter in Valorant on June 22 and hitting it off with her, Stranger Things actress Grace Van Dien, who streams on Twitch under the name BlueFille, said she wants to become best friends.

At one point during the collab, Valkyrae spoke fondly about Van Dien to fans.

She told them she loves her energy, claiming it “fuels her soul,” and that her first impression of the Netflix star was great. Van Dien echoed the sentiment and went further by saying she wanted to become best friends. “I want to make her my best friend,” she said to her fans.

“She has an energy that matches mine, and it is very hard to find that!”

Jeremy “DisguisedToast” Wang, who was also in their stack, pointed out that Van Dien and Valkyrae are very similar. Their fans also pointed out the similarities and believe she’d be a fun addition to their circle of friends.

Related: There won’t be any Valkyrae streams on YouTube in the next few weeks

Afterward, Valkyrae told her fans to raid Van Dien’s channel, which they did. The Stranger Things star couldn’t believe it. “That is just the nicest thing in the world. I don’t care. She’s my new best friend! It’s happening. It’s locked and loaded. It’s stamped and certified!”

The positive vibes on Twitch and YouTube didn’t end there either.

Van Dien couldn’t wipe the smile off her face and when asked who her favorite streamer was, she said Valkyrae, urging fans to ‘clip it’ so she could show her “new best friend.”

It was a wholesome moment between the two streamers and one that could mark the beginning of a new and exciting friendship. It’s also got people asking: Will Valkyrae team up with other Stranger Things stars?