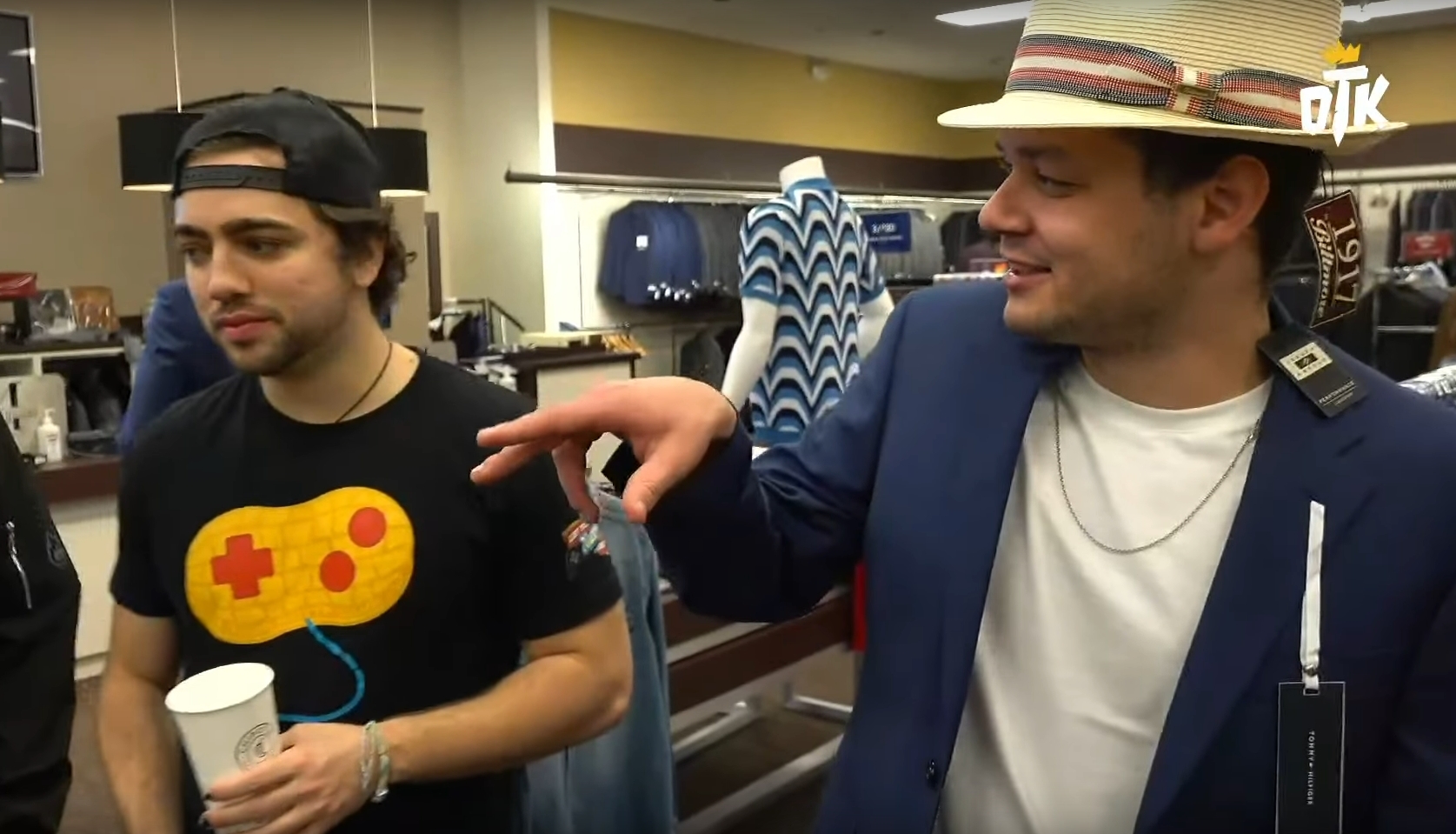 In a stream on March 8, Mizkif and some of his friends were IRL streaming themselves suit shopping. The stream was going well, with a few gags here and there making the viewer experience as entertaining as possible.

All was normal until an event occurred that no one could have expected. Fellow streamer Erobb221 walked out of the store while wearing a suit and hat that he hadn’t purchased yet.

Popular Super Mario 64 speedrunner Simply was the first to notice. “That guy caught Erobb,” the streamer pointed out.

“Yeah they thought I was stealing,” Erobb221 said. One of the employees was quick to justify their actions: “Well I mean, he walked out of the store with our stuff on.”

Mizkif apologized for his friend’s behavior after laughing about the situation. Moments later, Erobb221 explained what happened in greater detail for the viewers: “That’s so embarrasing, he was like running after me, and I’m like, ‘I was just putting this in my car real quick,’ he’s like, ‘come on man you can’t be doing that.'”

Erobb221 is somewhat of a punching bag in Mizkif’s group of streamer friends, somehow constantly finding himself in unfortunate situations. So it’s no surprise that he provided the biggest and most entertaining fail of the day.

By the end of the stream, the group had found the suits they’ll be wearing for QTCinderella’s Streamer Awards, set to begin on Saturday, March 12 at 7pm CT. But Mizkif could have an additional use for his new suit. Two days ago, the Twitch star revealed that he might be showing up in Bella Poarch’s newest music video. He even discussed with viewers whether he should wear a suit to the set.