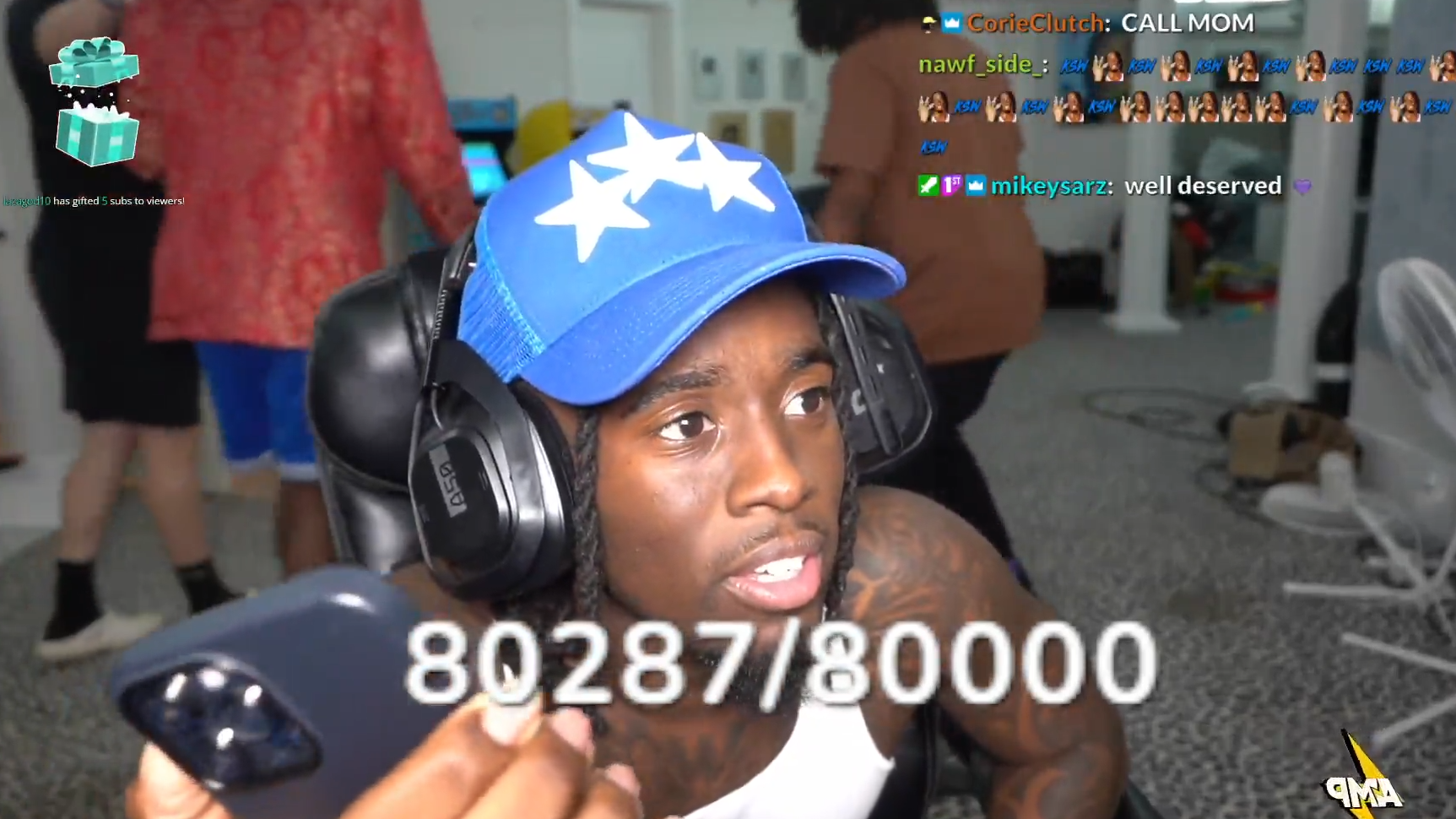 XQc might be the king of Twitch, but Kai Cenat is coming for the crown. Today, the budding Twitch star surpassed the established juggernaut in one of the most popular—and meaningful—metrics.

Reaching more than 80,000 active subscribers, Cenat reached a personal goal while also pushing past the platform’s most popular content creator. Cenat is still streaming at the time of writing this piece, and since hitting 80,000 he has added more than 1,000 more subscribers.

Cenat has an established reputation as a content creator, but it wasn’t until this summer that he started to truly bloom on Twitch. As soon as he started to dedicate more of his time to streaming on the platform, he quickly met and surpassed subscriber goals and posting viewership that puts him among the best.