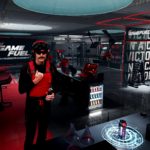 Dr Disrespect’s journey to the top of the streaming world has been a long one. The Doc has been streaming on Twitch since 2015, and at 38 years old, he’s one of the most known streamers in the world with two Streamer of the Year awards to his name.

Before achieving great success with his alter-ego Dr Disrespect, Herschel “Guy” Beahm IV was producing Call of Duty montages and showcasing his skills under the same username until he got picked up by Sledgehammer Games as a map designer for Advanced Warfare. He then introduced Dr Disrespect to the world of streaming on Twitch and started playing battle royale games like H1Z1 and PUBG, which allowed him to show the true potential of his violent and speed-addicted persona.

The production value of Dr Disrespect’s streams is unmatched and with countless sponsorship deals, alongside his plethora of subscribers, many fans wonder how much he actually makes off streaming. While there are no reports of Dr Disrespect officially announcing his income or net worth, it isn’t hard to make an educated guess.

What is Dr Disrespect’s net worth?

Dr Disrespect often talks about his red Lamborghini and million-dollar deals with game companies on his stream, which is mostly part of his gimmick.

He said his net worth was close to $3.5 million in an interview with Rolling Stone in 2018, which made his fans think maybe he wasn’t joking after all.

A report from February 2020 claimed that Dr Disrespect’s net worth is closing in on $6 million, which makes sense considering his audience on both Twitch and YouTube has grown immensely since 2018.

How much money does Dr Disrespect earn from Twitch? 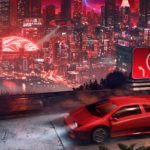 There’s no way to know how much money the Doc makes monthly, but we can guess the minimum he makes with reasonable assumptions.

A new partner on Twitch usually gets a 50-percent split for every sub on Twitch. Considering big names like LIRIK get $3.50 for each $4.99 subscriber, it wouldn’t be presumptuous to assume Dr Disrepect’s share is at least $3.50. This equates to up to 70-percent of the price of a tier-one subscription on Twitch, so we’ll also be using the same ratio for higher tiers of subscriptions.

His revenue from subscriptions, however, doesn’t take into account the countless donations he receives on every stream alongside sponsored streams in which developers pay a good amount of money to have top streamers feature their game.

For the sake of keeping this calculation as accurate as possible, we’ll not try to guess how much Dr Disrespect makes from donations. It should be made clear, however, that the donations definitely add a lot to his monthly income.

How much money does Dr Disrespect earn from YouTube?

Dr Disrespect also has a YouTube channel in addition to his Twitch. He has over 1.5 million subscribers and has a growth rate of three percent on the platform.

Estimating the money generated by YouTube views is trickier than it is for Twitch. YouTube takes into account all the monetized video views, which can be a lot less than the total views. Ad blockers, YouTube Red, and Premium views make it harder to estimate since one of them doesn’t generate any revenue while the others give content creators a cut from viewers’ monthly fees.

The amount of money Dr Disrespect earns from each ad showing also fluctuates from ad to ad since advertisers pay different fees to YouTube. The device a video is played on, the location of the viewers, and engagement levels are also some important factors to consider while estimating a YouTuber’s income.

Social Blade, a statistics website that keeps track of YouTube channels and more, puts Dr Disrespect’s average daily viewership at 240,000. The website estimates the cost per mille, which refers to the cost per 1,000 impressions in advertising, on a wider scale ranging from $0.25 to $4.00. This leaves the Doc with possibly $1,700 to $27,900 a month from YouTube. While he’s nowhere near the top YouTube channels in terms of subscribers, assuming he’d at least be closer to the middle of the scale with a $1.20 rate wouldn’t be unfair to the Doc.

With a $1.20 CPM, Dr Disrespect would be close to earning over $8,000, which would net him $96,000 every year from YouTube. Though it looks significantly less than what he makes from Twitch, fans also need to consider all the sponsorship deals he has. His deals may also cover him for featuring his sponsors on YouTube, which would increase his payout clauses drastically.

As a sum, Dr Disrespect earns at least $2 million a year from livestreaming on Twitch and generating content on YouTube. The total sum of yearly income remains a mystery considering the details of his sponsorship deals aren’t public information, however.