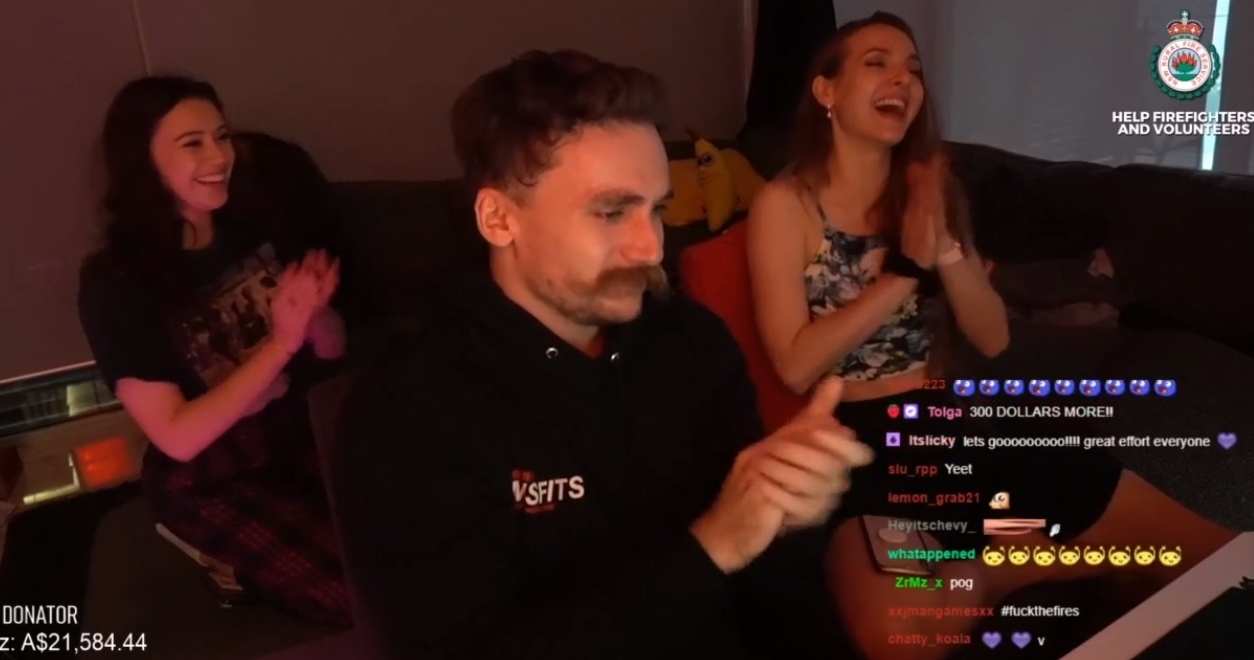 The Click Crew, a content creator group made up of Lazarbeam, Muselk, Loserfruit, Crayator, Bazz, and Tannar, raised over $200,000 ($300,000 AUD) earlier today through a 36-hour charity stream for three organizations fighting the fires in Australia.

The money raised during the 36-hour stream went to the NSW Rural Fire Service, the Australian Red Cross, and Wires, which provides rescue and care for native animals. The total amount raised was over $220,851 (318,000 AUD).

The wildfire crisis in Australia started last September and burned over 16 million acres across six Australian states. Several hundred million animals and 24 casualties have been reported so far.

The gaming community has been doing what it can to help, though, starting with high-profile Twitch streamers like Pokimane. She called out her community, asking them to donate while promising to follow those who do on social media as a reward.

Associations like Gamer Aid Australia and GenerOzity call for donations and work with streamers to encourage donations from their communities, like the Australian football player and gamer Mitch Robinson. Gamers from several communities have asked publishers like Ubisoft for Rainbow Six Siege and Blizzard for Overwatch to add purchasable in-game content to help fight the crisis.