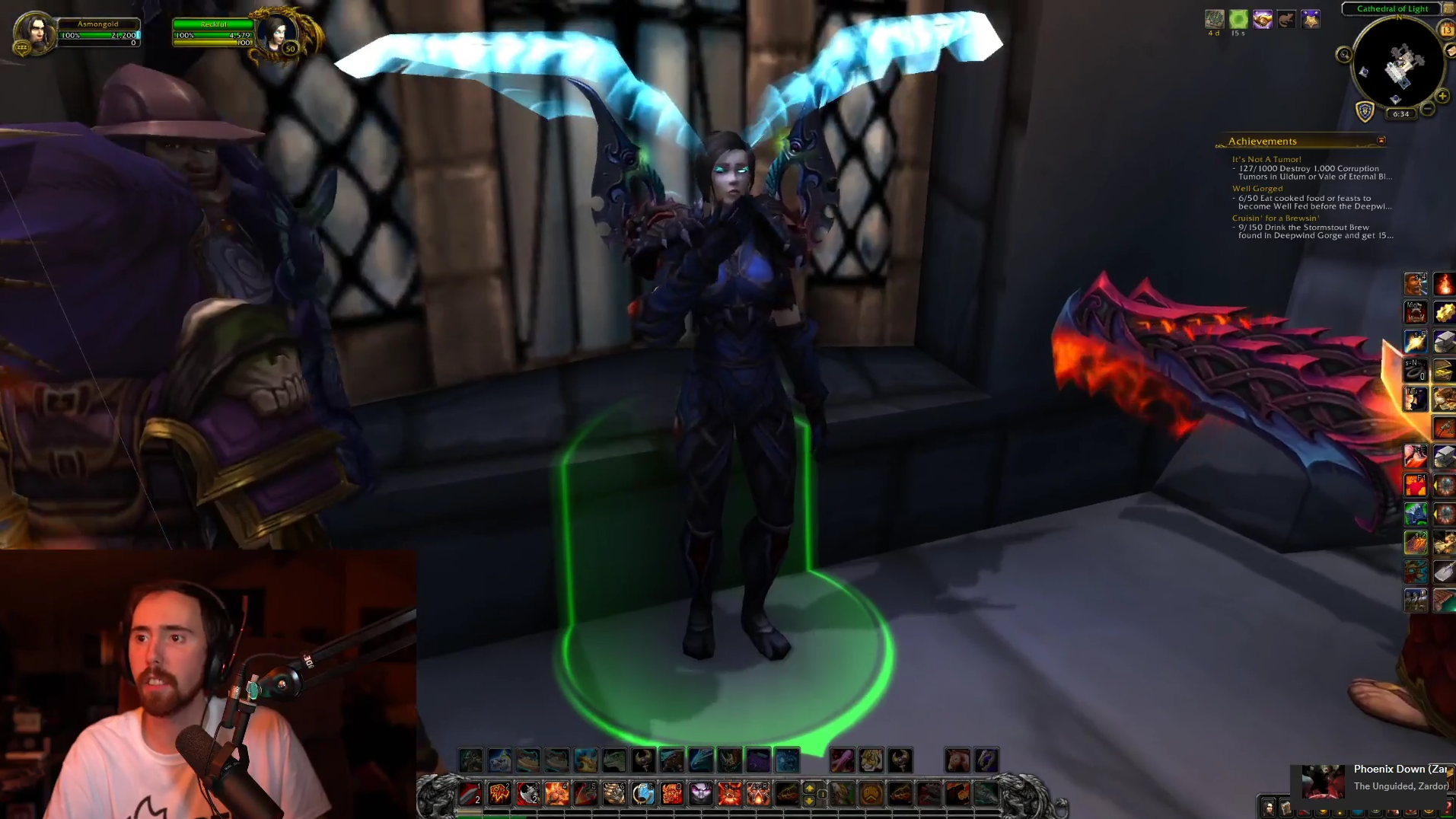 During his stream, Asmongold arrived at the Cathedral of Light and joined many players who were there interacting with the new Rogue Trainer.

Players who had access to the Shadowlands beta have been able to interact with the NPC for some time now. But Blizzard made some changes to Reckful’s in-game location.

The NPC has been moved from its location in the beta and can now be found inside the Cathedral of Light. The character’s dialogue is tailored to pay homage to Reckful, who managed to achieve rank one in season five without playing the most common Rogue spec at the time, Assassination. Upon interaction, players are greeted with the dialogue “I don’t train Assassination Rogues” with two options to chose from: “I am in need of training, Reckful” and “It was good seeing you again.”

In July, the streamer died at the age of 31. After the news broke, thousands of players came together in WoW to pay homage to the late streamer at specific locations around the map, regardless of faction. One of the most popular places where players met up was the Cathedral of Light in Stormwind, which is where the Reckful NPC can be found today.

World of Warcraft’s upcoming Shadowlands expansion has been delayed and is yet to receive a hard release date. But players will be able to visit the Reckful NPC prior to the expansion’s release since the pre-patch is now live.