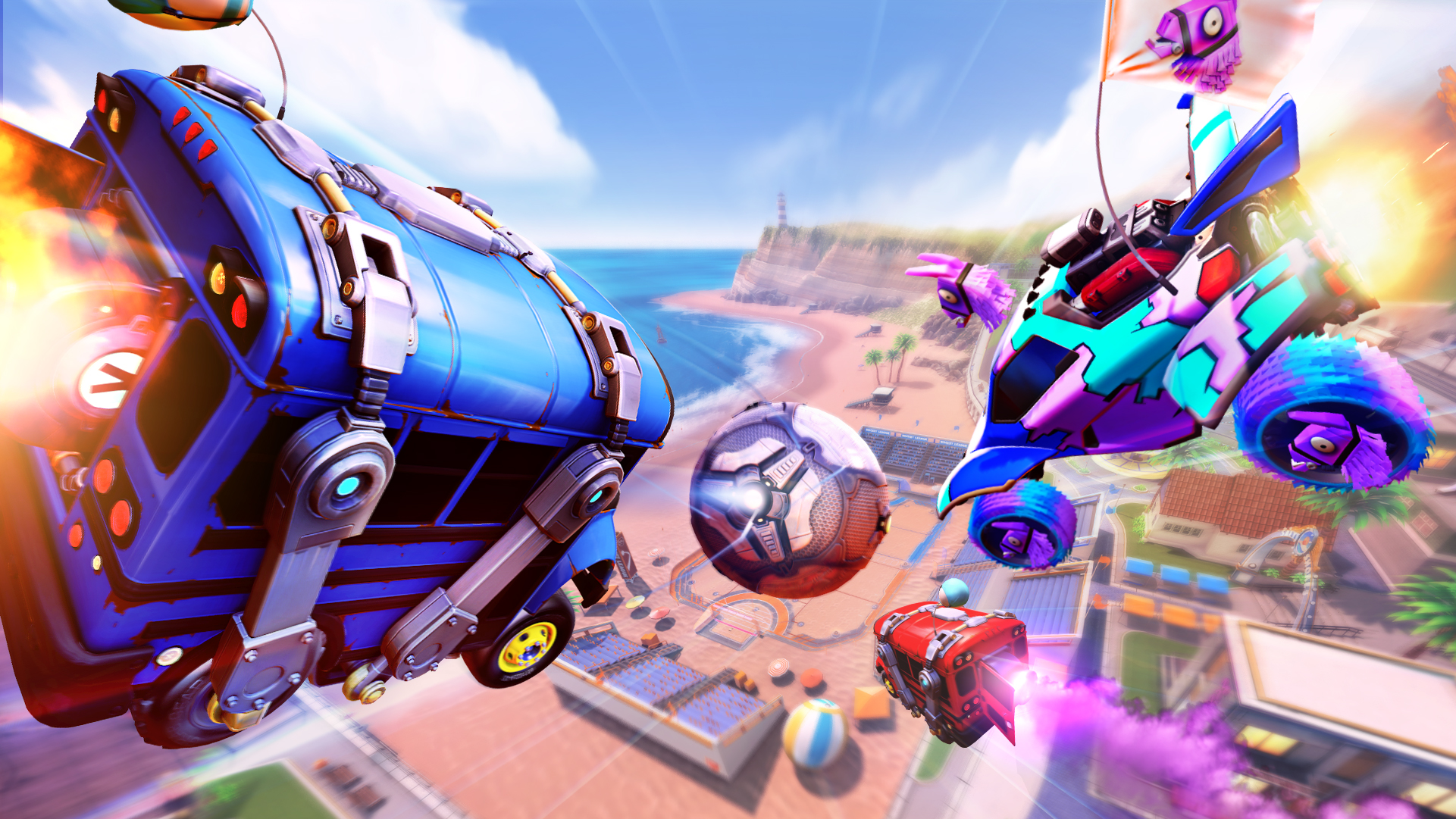 Rocket League finally went free-to-play (F2P) on Sept. 24. The game became an Epic Games exclusive in the process and will no longer be available for purchase on Steam. To celebrate the occasion, however, Epic and Psyonix put together a Fortnite-themed event inside Rocket League, Llama-Rama.

Not only will completing the event’s five challenges reward players with in-game cosmetics, but they’ll also be unlocking Rocket League-themed items in Fortnite as well.

Though each challenge features an excellent reward that makes the quests worth it, all players’ eyes were locked on the Battle Bus vehicle, which is tied to the final challenge, “Llama Legend.” This challenge requires players to get MVP in any online match while using the Llama Wheels on their vehicles. Llama Wheels unlock after completing the fourth challenge that requires you to win five online matches in any playlist.

How to quickly get MVP in Rocket League to unlock the Battle Bus vehicle?

If you’re ranked anywhere above Diamond, hopping into a casual match to get MVP should only take you about 20 minutes. Players who are just starting or returning after a long break, however, may find themselves struggling to score their first MVP.

Unfortunately for players, there isn’t a cheeky trick you can do to get MVP in a matter of seconds, meaning you’ll need to play a matchmade game that can’t be a one-vs-one. There are a couple of things you can try out to increase your odds, though. Queueing for a two-vs-two match with a friend by your side who’ll let you do the heavy lifting should drastically increase your odds of getting MVP.

With a little bit of coordination, you can set yourself to score most of the goals and the saves, which should guarantee you get the MVP if your team wins. Winning is almost a must unless you play out of your mind to get MVP.

If you don’t trust your goal-scoring ability, staying in the goal and trying to rack as many saves as possible is also a valid strategy. But make sure your friend doesn’t score too many goals to undermine your authority on the pitch.

One other thing you can try to get this quest done quickly will be asking the opposition team to go easy on you, but the chances of that happening are relatively low due to the ever-competitive environment of Rocket League.

You’ll be able to claim the Battle Bus after getting MVP through the Llama-Rama event page located inside the Battle Pass in-game menu.