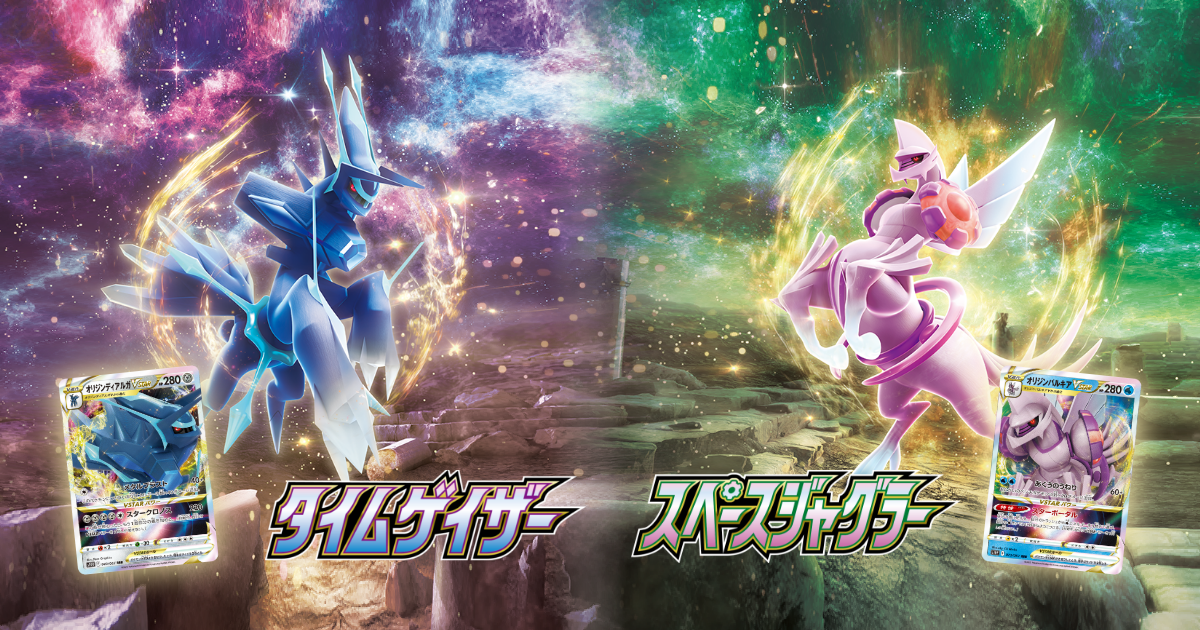 The Pokémon Company has today announced its next Pokémon OCG sets Time Gazer and Space Juggler.

The two sets will star Origin forms of Dialga and Palkia first introduced to the franchise via the latest Pokémon videogame, Legends: Arceus.

These two Pokémon will receive the new VSTAR treatment alongside standard V variants. Also coming in the set are trainer cards for the Peal Clan leader Irida and Diamond leader Adaman.

The announcement of these sets confirms reports from last year after trademarks for them were registered by The Pokémon Company.

Packaging for the new set will showcase Origin forms of Dialga and Palkia. The set is set to go on sale in stores around Japan on April 8 and make its way to the West in the Astral Radiance set.

Astral Radiance is the next TCG set and its release is planned for May 27. It isn’t clear which of the cards from Time Gazer and Space Juggler will join this release, but it will likely include their featured Pokémon.